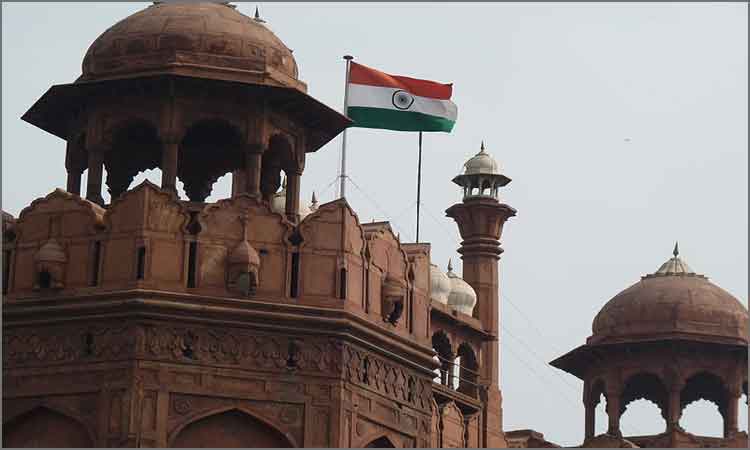 One of the recent probes in the 21st century is the question of centrality of the concept called âNation-Stateâ in the debates of nationalism, self-determination and the resultant anarchical violence. The rhetoric seems unending and un-resolving; sometimes academic debates themselves end in ferocity. We (the authors) are very much sceptical about the out-come of the ideas presented in the write-up; however, let us start with a cautionary note.

âNation-Stateâ isnât merely the territorial or cultural identity but it represents many socio-political values revered by all â all of humanity. Therefore, the minority who condemn the usage of Nation-State is requested to see the idea of Nation-State in spirit and in content â its standing for those socio-political values related to the freedom of the individual. Now those who romanticise it in the name of patriotism may do so with precaution as Nation-State is just another political instrument to serve the human needs of peace, stability and progress built in the fortitude of a geographical territory. Ironically, this romanticised Nation-State is so fragile that the moment it discards these needs, its instrumentality is lost. We find this differentiation not because we intend to, but because the debate, unfortunately, seems so divided.

Now let us ask some preliminary but primary questions â How did the âNation-Stateâ survive the social evolution till date? Why did not a âreligious-stateâ, âethnic-stateâ or âlaissez-faire market-stateâ or any other form of State? How intentional and deliberate was the process of installation of the concept of Nation-State? Social philosophers and political theorists have taken turns on this question and presented innumerable logic of political battles, suppressions, oppressions, race for resources and have come up with great theories of war and peace with identifiable heroes and villains. These theories may have some truth, but on a matured level of thinking one can see that all such heroes and villains are, in fact, inimical constructs of the human mind which is obsessed with heroism of the âselfâ and villain in the âotherâ.

We must remember that we have all been brought up in an atmosphere of storytelling â fictional or historic â both presented to us in the form of hero-villain dialogues. The stories of the million hundred common people living between these two characters are not even heard once, though the ânon-heroicâ commonness was all pervasive. The resultant make up of human thought process tends to constantly search for a hero and villain in every space of reality to which man is presented. If we remove the lens of imagination, one will see the actual fallibility of not just heroes but also of âoneselfâ. In other words, the political institution of âNation-stateâ is not an intentional invention but, a natural unconscious discovery in the course of experiments of the human polity â a distilled concept evolved out of the turbulent political waters of Europe during the medieval period. Nobody planned it and nobody has been forced to accept it.

The rise of nation-states over feudal states and papal-states in Europe was an output of super-class (identity) thinking triggered by the violent wars and resultant human sufferings. They (super-class) identified it against other puritan identities that a European carried. This super-class thinking has contributed to evolution of a radicalised socio-political consciousness which could accommodate a diluted form of every other identity in a restricted fashion giving certain spheres of autonomy for each of them in every individualâs life. It is this socio-political consciousness what we call a ânation-stateâ.

Similar thinking can even be traced in the monistic ideology of Prophet Mohammed, i.e. creating a homogenous identity of Islam and an associated institutionalised political organ called Islamic State or even in the ideas of Karl Marx though he tried to induce a dualistic form namely bourgeois and proletarians. But, none of these ideas (including any other monistic and dualistic philosophies) could stand the test of manâs social evolution, the simple reason being force of nature is disintegrative and centrifugal in character and the above ideas try to induce an opposite current. For the very same reason, these concepts couldnât satisfy the innate thirst of man for infinite freedom, people rather suppressed their yearnings and feelings, and it was only a matter of time before they agitated.

Sadly, the cherished dream of a global cosmopolitanism â considered by some as the most achievable form of secular society (a society not identifiable with any form of identity cultural, geographical or ethnic) with infinite freedom â seemed a far-fetched idea, owing to the geographical endowment of natural resources that man relished (natural cause) and his love for heritage and legacy (man-made reasoning based on the former natural cause).

Naturally, the need for peaceful âmaximum freedomâ pushed the forces of competing cultural identities apart and created the space of a socio-political institution (state) which could habitually accommodate multiple identities and at the same time, endorse maximum freedom of conscience of the individuals within a specified geographical territory (nation). This was made possible by entrusting powers with secular forces. The parting with power to a secular force was easily acceptable to all identity groups as their positions and acceptance was never questioned; further, man was tired of scourge of conflicts, wars and violence. Thus, the rise of nation states reached its peak in Europe during the first half of the 20th century. Post United Nations, the idea spilled-over to the Middle Eastern, African and Asian, Far Eastern territories, resulting in the 1960 Declaration Granting Independence to Colonial Countries and Peoples.

Therefore, essentially â a Nation-State is a socio-political construct of heterogeneous society (nation) in terms of religion, race, ethnicity, colour, sex, or language, etc., with a single secular source of law and power (state). A political authority in any other form of identity simply meant restrain of human freedom and progress. In other words, any other form of state built on the basis of any other source of commonness would hinder manâs yearnings, better say a religious state would never be tolerant to a manâs personal fancy (for instance, inter-caste or inter-religious marriage), so wouldnât a Communist state be tolerant towards profiteering. But laws of a secular nation-state will have no problem in allowing such personal freedom; they are neutral as long as the man stays in his individual (private) sphere and in public sphere too as long as it wouldnât question the consciousness called nation-state and the pre-sets of peaceful living.

Again for the very same reason of its association with individual freedom and secular nature, any trace of non-secular elements, even minimal, if found within the ânationâ or in the âstateâ, is highly intolerable. It doesnât matter if the identity pertains to a minority or the majority.  The intolerance is simply huge, i.e. for the sole reason that such an identity is discernible in state, may transform a trivial law and order issue in a small part of its territory, to a highly destructive nation-wide civil war. Unfortunately, the newly-formed nation-states, including India, which boast of highly democratic regime, had only a hearsay experience of European and Western Wars ruins. The people of these nations never comprehended the significance of the socio-political consciousness named ânation-stateâ. They often mistake fundamental freedom of conscience, which is greatly individualistic, with pluralism and cultural autonomy, which are far collective rights. Article 25 of the Indian Constitution and its varied interpretations is a lucid example of this misunderstanding.

It is more so often, the people of such nations try to align democratic agents (political organisations) on the lines of several other identities they represent. Initial success of these organisations in mobilising people induced an identity-based socio-political consciousness, antithetic to the concept of nation-state. Even the organisations, otherwise ideologically secular, started appeasement politics. It challenges the state of law and order in these nations simply because the trend endorses multiple sources of law and power. It raises voices of disintegration among many of these nations. Therefore, the result of losing a ânation-stateâ consciousness not only endangers human freedom, but also undermines human security.

A change of circumstances is nearly impossible, as this revived puritan consciousness among peoples is highly ignorant of universal principles like democracy, freedom of speech, freedom of conscience, socialism and sometimes even human rights and humanitarian considerations. They see these principles through a sceptical lens â as a part of European hegemony in international politics. There is even a reason for this antagonism - look at the elements âHoly Seeâ and the âPopeâ remaining in modern political institutions like UN and other international-secular bodies.

The wretched part of the contemporary political scenario is that these partisan groups challenge the most celebrated concept of democratic society by way of asserting the very same concepts which they see through the above sceptical lens. For example, freedom of expression, they confuse people about the application of these rights using uniquely developed theories of morality and divine origin. The Anglophone media, among this quagmire, seldom is able to capture the righteous sentiments and able to characterise the true spirit of a democratic nation-state. Even the proponents of deliberative democracy are not able to provide a solution as the participants comes obviously (not just often) with an identity consciousness other than that of a nation-state.

The cancellation of the legal authorization of such partisan political groups may seem a solution, but this shall result in outbreak of hostilities. Given these circumstances, the only peaceful solution ahead is nurturing a nation-state consciousness which shall in future subdue all other identity consciousness. Peoples should be encouraged to disassociate themselves from any form of identity consciousness, even for humanitarian purposes. Institutions like the United Nations and nation-state governments may have to undergo fire testing to remove even possible minimal elements of identity from them; sometimes even the elements they had so dearly held on for many years and decades. It may sound crude, but sometimes it is better to learn from history than to learn from experience. We may neither shed blood nor burn flesh.