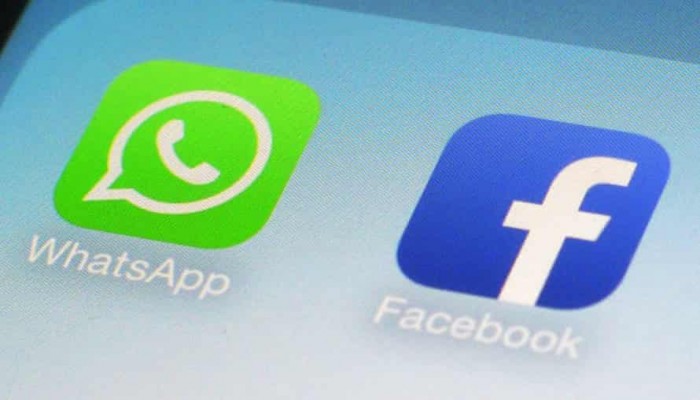 For years the world has used search engines like Google, Email App such as Gmail, and social media apps like Facebook without any expectation of privacy. These companies have grown fat by exploiting user data and created trillions of dollars of value for themselves.

A few days ago, WhatsApp, which had a pretty good privacy policy when it was originally founded, made some significant changes to its privacy policy. Frankly, this wasn’t unexpected. However, all of a sudden, the media and Indian population are all up in arms about this change. They are making it look like the world is coming to an end, and millions are seriously contemplating moving away from WhatsApp to apps like Signal and Telegram that promise better privacy. I fail to understand what the Hungama is all about.

Facebook bought WhatsApp many years ago. In a well-documented saga, the founders of WhatsApp quit Facebook as they disagreed with Mark Zuckerberg’s change in direction of WhatsApp - including the levels of privacy offered on WhatsApp. Why should this be surprising? Mr. Zuckerberg bought WhatsApp and can do with it as he pleases. Facebook makes its money by mining user data. It was inevitable that such changes in WhatsApp privacy policies would happen.

So, what if WhatsApp is diluting some of its privacy policies? How come no one is up in arms about all the other apps that provide very little privacy. Google and Amazon are still tracking everything we say and do via our mobile and speaker devices (e.g., Alexa). These companies not only track everything we type but even listen in on our conversations and record them. Why are we not making noise about this ongoing exploitation of user privacy by Silicon Valley?

For instance, Google-funded Mozilla to pit it against Microsoft Internet Explorer and then ditched them to release Chrome browser. I watched the same commotion of privacy concerns back then. Look at the browser usage stats by December 2020

Why people are not ditching the Chrome browser which tracks all your usage habits?

27.8% of 3.9B global email users used Gmail in 2020. That is a whopping 1.125 B Gmail users. Microsoft found that Google was reading the contents of the emails and ran a global campaign.  Why no one cared or protested back then or now?  By the way, 365 Million Indians use Gmail to communicate all things such as a purchasing home, taking a loan, matrimonial information, critical financial information such as stock trades, etc.?

Why Gmail is not ditched?

92% of the global search engine market is controlled by Google which captures user’s every keystroke.  We have better search engines such as DuckDuckGo and TOR that offer complete privacy and don’t track user keystrokes.

Why don’t the privacy advocates switch the search engine?

It seems the public perception of WhatsApp is that I am okay for the elephants to pass through the backdoors but I want to stop mosquitoes from getting through the front door.

Why only WhatsApp is in the privacy advocates cross-hairs and not all?

Yes, use Signal, if you are talking to a gang to give a supari to kill your rival. I am just kidding!

It provides end to end security and no one except the one you spoke to know what transpired on the call!

So far, political operatives and lawyers have been using Signal to have secure and confidential information.  We use so many apps on our phones.  The signal is one other app that you use for special purposes.

Your mother worked hard to learn how to use WhatsApp. Please don’t ask her to ditch WhatsApp and ask her to join Signal for your convenience.

Insights to message encryption and its security

BTW, End-to-end encryption transmits the messages into unintelligible pockets of data as soon as a user presses send.  The message isn't reconstituted into understandable data until it reaches the receiver's device

The encrypted message is only accessible to the one who sent it and the one who received it. People that received your message can however share with others, take screenshots, etc. thereby compromising the very security.

As I write, tons of Indians are collectively evaluating other social media apps to move to. In such a circumstance it would behoove us to give thought to what else we might want in our move to the next best social media thing. Yes, we want better privacy. And that is available from many apps including Signal, Telegram, Snapchat, and even my company’s app, “aapoon”.

Signal provides a very strong level of privacy and an unlimited number of users in a group, but very little else. Telegram also provides similar features. But are those enough? This is the time to consider the “what else?”

aapoon offers a tremendous level of privacy for the Indian market. The app does not listen in on user conversations, nor track user locations. The company has committed to never sharing or selling user data to third parties. User data will never leave the aapoon platform.

In our country, nothing happens in small numbers. A small dharna involves thousands of people, and our elections dwarf the elections even in the world's oldest democracy -- the US. Similarly, our social media groups very often require hundreds if not thousands of members to be a part of them.

But with large groups come problems of message overload and challenges with managing such groups. This is where apps like Signal and Telegram start to fail, and aapoon stands out.

On aapoon, user groups can not only have an unlimited number of users, but they can also be organized into subgroups like in an organization chart. Group admins can manage message flow, while individual users can set selective filters to only see messages from their friends in the group. Such features take away the fear that people usually have when they belong to large social media groups. No other social media app in the world can offer such capabilities.

Add in the apps’ video conferencing capabilities, and you have a social media app that provides a compelling set of features that users might want to consider as they make a collective decision to migrate from WhatsApp to a new social media platform.

Bottom line is that aapoon provides fantastic privacy and an equally fantastic set of unique features that cater to large groups and organizations.

Why consider an app from Silicon Valley (Signal) or Russia (Telegram) when we have a better option built in India for India called aapoon?