The 2019 fight in Andhra will be primarily between TDP and YSRCP with Pawan Kalyanâs Jana Sena as a key player. 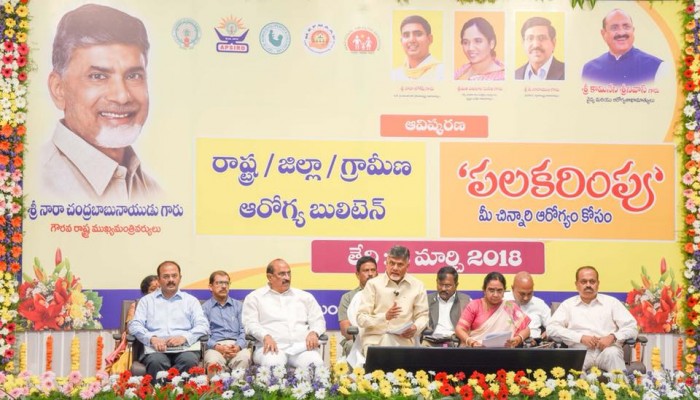 With TDP pulling out of the central government, many enthusiastic analysts on the social media have been speculating about the changing political landscape in Andhra Pradesh. The predictions varied thus:

·        BJP will tie-up with YSRCP, and ensure TDP loses the election

·        BJP will fight on its own and this is like a god given opportunity for the party to strengthen itself.

·        TDP has garnered additional support because of this decision to quit NDA well ahead of the elections (nearly 1 year earlier).

Therefore, I would really urge all those supporters of the party, who stay outside of AP, to understand the gravity of the anger in AP against unfulfilled promises. And before you begin arguments on how TDP is being unfair in demanding certain things, I’d urge you to please read earlier pieces on this subject, here and here.

Things would have cooled down, if say for example, the Central government showed urgency in fulfilling the promise of a railway zone in Vizag. Or a steel plan in Kadapa. Or progress on the Vizag-Chennai Industrial corridor. However, the central government had nearly zero movement on these fronts. Hence, the anger was building up against the BJP in general and Prime Minister Modi in particular.

To add fuel, there was a tussle between the Centre and the state regarding some tenders floated in the Polavaram project. TDP and the media played up this tussle as yet another example of BJP’s high handedness. The facts of the tussle didn’t matter – the emotions were so high that any small move by the Centre that seeks clarifications from the state, was seen as being anti-AP.

The anger reached the peak when the last full-fledged budget by the Modi government also didn’t speak anything about the various projects promised in the AP reorg act. Amidst all this, Chandrababu Naidu and the TDP did not have any option but to come out. If he stayed put any longer, he would have definitely lost out in 2019 elections.

To those writing off TDP, I think it is way too early to write them off. TDP and Chandrababu Naidu can easily portray his stay for 4 years, and coming out of 1 year before elections as an act of heroism and statesmanship. Statesmanship because he chose to work with the Center for 4 long years hoping to get everything done for the state. Heroic because he came out 14 months before elections are due, and didn’t wait for the last minute. TDP can easily seek a mandate for continuity of the work that has begun in this tenure. Any change in the ruling party may bring in unwanted disruption to the execution flow, and I think TDP will use this messaging to the fullest.

For all that we know, popular movie star Pawan Kalyan may yet again ally with the TDP in 2019, to fight against Jagan’s YSRCP.

YSRCP is seen as gaining ground in the state, with their leader currently on a padayatra crisscrossing the state. Some have professed that Chandrababu Naidu feared growing popularity of Jagan and took the decision to pull out, but like I mentioned above, he literally had no other option but to pull out. Jagan’s lack of any administrative experience will continue to be held against him, by the TDP, which will lose no opportunity to showcase the experience of Chandrababu Naidu.

Recently, we have seen how bypolls and municipal polls have been made the benchmark on how ruling parties will win/lose ensuing elections. By those standards, the TDP will smoothly win 2019, as it has recently won an assembly bypoll, and also the Kakinada Municipal Corporation! However, by polls are necessarily not an indication of a state-wide swing (For example, the TDP lost 40 bypolls in the 2009 – 2014 timeframe).

Amidst all this, it was amusing to see some Congress handles tell us that the party was unfairly punished in 2014. The party is telling us that the provisions it made for AP in the reorg are the best, and the fact that everyone today thinks that these provisions will propel the state forward is proof of the same! What they fail to understand is that the people are so angry at the Congress for bringing in the misery in the first place! No one thinks the provisions are the best. Today, people are asking that the promises made be fulfilled! Congress can continue to believe that it has a fair chance of revival, but the reality is that the party has hit its low.

The 2019 fight will be primarily between TDP and YSRCP. Another major player, with the capacity to split votes is Pawan Kalyanâs Jana Sena. The 2019 fight is primarily between TDP and YSRCP.. It will be interesting to see if he will go alone (which he says he will) or if he will ally, in the larger interest of the state. If so, the only chance of an alliance will be with the TDP. Any alliance with YSRCP is bound to backfire because Jagan is popularly seen as the poster boy of corruption! If today’s situation remains as is, the two national parties, BJP and Congress can conveniently forget any chance of even a single seat.