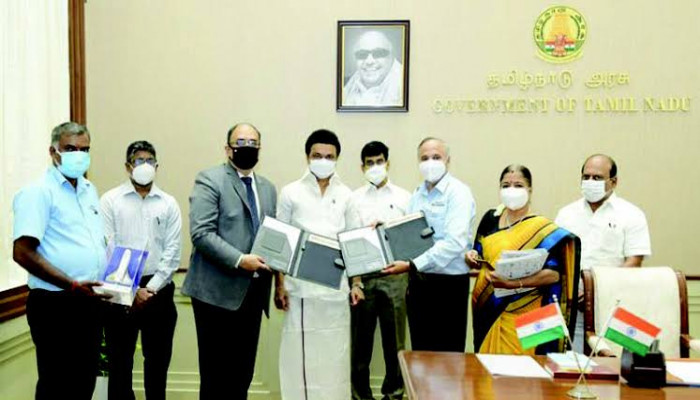 A Tamil Nadu based Micro Small and Medium Enterprise (MSME) has achieved a long-term contract with largest aerospace firm Boeing. Aerospace Engineers Private Limited, located in Salem, for the first time will manufacture and supply critical aviation components and parts for the global aerospace company Boeing and its products.

Director, Supply Chain Management, Boeing India, Ashwani Bhargava, said, “This is an important step in our commitment to the government of India’s Aatmanirbhar Bharat vision. As a company with over seven decades of presence in India, Boeing continues to support the development of indigenous aerospace and defence capabilities in the country.”

A Tamil Nadu government in an official release said that the cooperation between Aerospace Engineers Private Limited and Boeing is a significant milestone and will provide an impetus to the growing aerospace and defense ecosystem in Salem and Hosur and Tamil Nadu Defence Industrial Corridor while adding that it is a step towards the Chief Minister’s vision of “Made in Tamil Nadu.”

Sundaram told, “The first consignment would roll out from February 2022,” as quoted by The Hindu. “We were a tier-2 supplier but now we have become a tier-1 supplier,” he added.

“As a company with over seven decades of presence in India, Boeing continues to support the development of indigenous aerospace and defence capabilities in the country,” Ashwani Bhargava, Director, Supply Chain Management, Boeing India said.

Aerospace Engineers Private Limited will be setting up a new manufacturing facility, dedicated for Civil Aerospace production at Hosur and will also expand its existing Salem facility with an additional covered building space of 50,000 square feet over the next 24 months with an investment of Rs.150 crore.

This additional facility will generate employment for over 1000 persons. For over three decades, the MSME has been dedicated to manufacturing and supplying high-precision and high-quality parts and sub-assemblies to customers in the aerospace and defence industry.