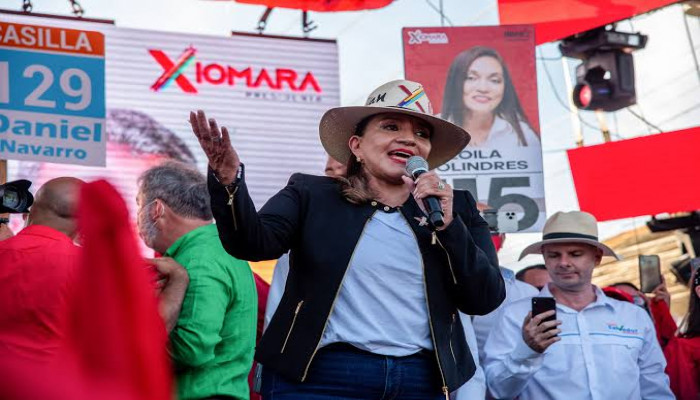 Taiwan will work with the Honduran president-elect Xiomara Castro to deepen relations, the government said on Wednesday, though she has floated the idea of ditching Taipei for Beijing.

Honduras' leftist party candidate Castro became the first female leader of Honduras. This is one of only 15 nations who have formal diplomatic ties with Chinese-claimed Taiwan.

Taiwan said its ambassador in Tegucigalpa, Diego Wen, had "at the first moment" congratulated Castro on behalf of Taiwan President Tsai Ing-wen.

Honduras is an important friend in Central America, Taiwan's Foreign Ministry said, and it is "obvious to all" the good results of their bilateral cooperation projects.

"On the basis of the long-term friendship established with Honduras, our country will deepen cooperation between the two countries with the new government team led by president-elect Castro, and jointly enhance the well-being of the two peoples," the ministry said in a statement.

Castro said in her election manifesto that she would "of course" seek to establish formal ties with Beijing if she won.

However, shortly after an unusually-timed visit to Honduras last week by Brian Nichols, the U.S. assistant secretary of state for the Western Hemisphere, the Castro aide who wrote the manifesto said no final decision had been taken.

The Taiwan and Honduras have a relationship dating back to 1941, before the Republic of China government fled to Taiwan after losing the Chinese civil war to the Communists who established the People's Republic of China.

U.S. Secretary of State Antony Blinken also congratulated Castro, saying they looked forward to working with the next Honduran government.

Taiwan warned Honduras in the run up to the election not to be taken in by China's "flashy and false" promises.

China's efforts to win over Taiwan's friends have alarmed and angered Washington, which is concerned about Beijing's growing international influence.

Pacific island nations Kiribati and the Solomon Islands were the last countries to cut ties with Taipei in September 2019.