A silent revolution is going on in India's noisy democracy 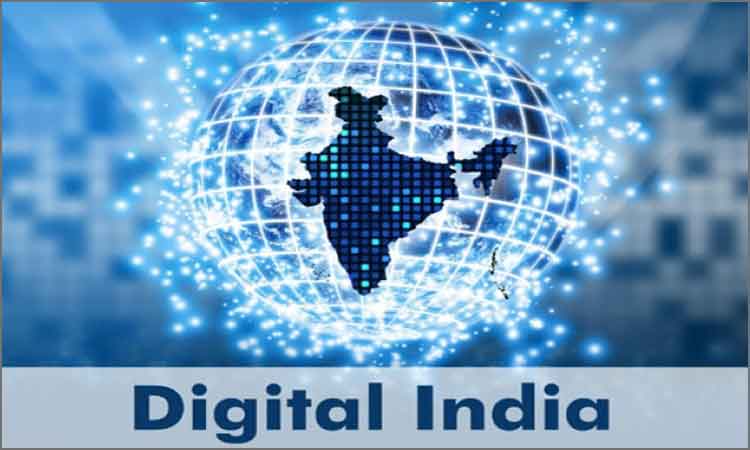 India is leapfrogging into future, ahead of advanced economies. It has been charting a unique course. It opted for democracy and universal franchise. It missed the manufacturing bus but it took the services flight. It ushered the green revolution and milk revolution. It started with a government dominated economy and switched a market economy. It has now taken up unfinished work in manufacturing and agriculture. It has followed a bewilderingly zigzag course.  It is becoming increasingly clear that India is getting its act together under the leadership of PM Modi and his government.

India's Aadhar has entered record books as the world's largest identity database. ISRO' satellite launching capabilities have attracted commercial inquiries from some countries. Our UPI (United Payment Interface) technology is being patented. The world sees India as an island of growth and a responsible global citizen. But much more is happening.

A silent revolution is going on in India's noisy democracy. So silent that it easy to miss it amid our politics of protests.

India's capacity to transform itself is getting better.

It is well known that PM Modi is a big advocate of technology. But we need to take time to understand the scope of what is going on.  No other big society or civilization is absorbing technology in so many fundamental ways. It is so pervasive that it is not merely about technology anymore.

Indian State is modernizing. India's leaders are driving changes from top. That's not all. Indians are changing their ideas about themselves. Technology is coming to aid of our democracy.

By leaps and bounds

People have got used to convenience and speed of online shopping, online ticketing and internet banking. Gone are the days of cheques lost in transit and physical share certificates not getting transferred due to mismatch of signatures. Certificates of birth, education and documents like vehicle registration, driving license, and passport will soon exist only in online form via the Digilocker. When fingerprint and IRIS scanners become ubiquitous through smart phones and terminals, signatures and paper copies of identity cards etc will be replaced by Aadhar based authentication.  Already, a payment bank and a telecom operator have launched their e-KYC based on Aadhar. No Indian will be excluded from this convenience since almost everyone has Aadhar identity.

A unique 12-digit code assures every Indian that what is meant for her will reach her and no one else can impersonate her. When voter cards get linked to Aadhar and when Voting machines get equipped with scanners bogus voting will be gone.

This may take time but people, who by now have good sense of what technology can do, will start demanding the above. They will no longer be content in receiving subsidy benefits in their MUDRA or other bank accounts.  They will want all that is possible.

Today shipment of a parcel by courier or even a passport being issued can be tracked online. The Supreme Court has directed all states to upload FIRs (First Information Reports) within stipulated time limits. When FIRs are online, people will surely demand to know progress on them. Tomorrow, when they file a police complaint they will want to track its handling by police on their phones.

Similar changes and demands for quicker and quality services meant for personal businesses and small, medium, and large enterprises will be there. Quicker registration, transparent approvals, consolidated returns and their processing will be demanded by businesses. Internet banking and credit and debit cards will be supplemented by UPI (United Payment Interface) for person to person transfer of money which will be of great help to personal businesses who can't afford payment gateways for cost and procedural reasons.

The GST (Goods and Services Tax) implementation has begun. GST will run on its network called the GSTN. The GSTN will be a super database that captures all business transactions involving goods and services provided from one corner of county to the other. GSTN will help to bring convenience to tax payer businesses and individuals and also to the tax collectors. Furthermore, GSTN's Big Data that captures Indian economy in almost real time can be leveraged for policy making and spotting specific interventions needed. The possibilities of what can be done are huge.

Digitization of land records based on GIS (Geographical Information System) mapping is going on. If this is integrated with authenticated property ownership databases of local and state governments, a revolution similar to Aadhar can be brought to property and land transactions. This will enable genuine and faster real estate transactions, reduction in black money generation, and reduction in litigation.

The âdata riches' of India and demands by people will create new business opportunities in private and government sector.  These will range from personal services to non-intrusive detection of tax evasion and other illegal activities through data analytics as needed by the governments.

All these services will ride on India's vast mobile and fixed line network that is getting upgraded to 4G and the National Optical Fiber Network (NOFN). The NOFN plans to bring internet broadband to 600,000 village gram panchayats. Though this program is much behind schedule, there is no doubt that Modi Government will revisit the program's technology strategy for speedy implementation.

India's own GPS (Global Positioning System)  called GAGAN (GPS-Aided Geo Augmented Navigation) has been launched. It will provide high precision information of latitude, longitude, altitude, velocity and time of vehicles or devices equipped with GPS receivers. This will bring all round improvement in navigation and tracking on land, in air, and on seas. For example, it is expected to significantly reduce the time interval that must be kept between successive takeoff or landing of aircrafts. This will have direct impact of airports' capacity to handle traffic.

Under the National Supercomputing Mission a supercomputing grid of over 70 high performance facilties will power research in academic and R & D for solving multi-disciplinary problems using tools like Artificial Intelligence and big data analytics.

As citizensâ taste power of information and technology, their demands will cover bigger and bigger circles of public services like town planning and land use, construction permits, roads, sanitation, providing birth and death certificates, law and order services and many other services provided by local, state, and central governments. Many of these services are already provided online but citizens will demand speed and quality because they know it is possible.

Authentication (of people, entities, and properties) and capturing transactions and movements will result in better surveillance and prevention of crime. It will also help in faster investigation and better prosecution and conviction rates. Law enforcement will receive a big boost.

Today India has abundance of laws and a huge deficit of their implementation. This will change. As laws start getting implemented their flaws will come to surface and citizens will demand better laws.

If you listen in on social media you will find that our Judiciary is being criticized for what are seen as its opaque, feudal, whimsical, quixotic and glacial ways.  Demand for fairness and speed will create public pressure on our courts too.  In future, we should be to able track repeated postponements of court hearings. We should be able to see if courts follow their own norms. We should be able to have 'distance trials' of at least of civil suits and avoid repeated visits to courts. We should see judges using modern tools of searching legal databases and coming to quicker and fairer judgments. We should see much more from our courts.

Modi Government is driving sweeping changes top down. It is showing a glimpse of what is possible. The possibilities are enormous and Indians want it all.  They will demand more and more. For this, they will have to participate more.

India is now on a different course. The inevitable missteps and hurdles will have to be overcome. There will be concerns about privacy and data thefts. These will have to addressed. India's enemies may resort to  cyber warfare (read https://www.myind.net/scorpene-leaks-hurt-india-india-ready-cyberwar ). India's digital economy will have to be made resilient to cyber attacks.  We will need technical, managerial, leadership pools of high caliber.

Technology can be a binding force or it can unleash breakaway forces. Therefore we need a strong cultural firmament and modern practices based on our Dharmic principles to hold this all together.

All such challenges will have to be overcome.

Yet, it is evident that India is leapfrogging ahead of advanced economies through pervasive use of technology in governance and public services. Indians are switching from being beggars of State to being participative and being demanding citizens.  This is a massive change. The world hasn't seen anything like it. 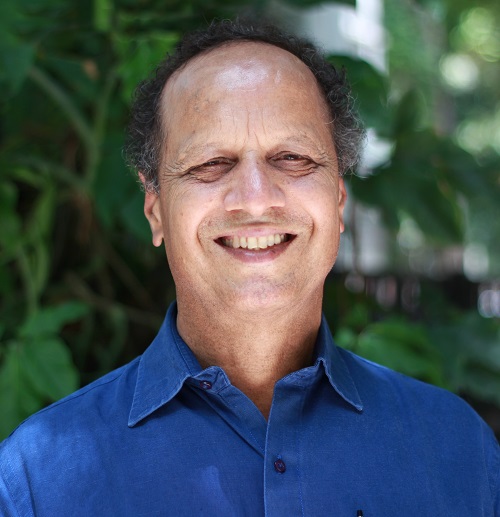