Sheldon Pollock and the revival of Sanskrit 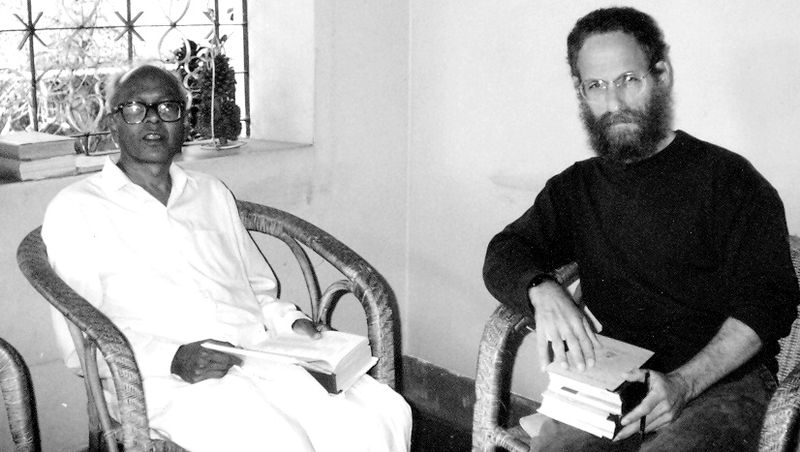 There is a lot of discussion happening on how Indology and study of classics should be taken up. And Sheldon Pollock is omnipresent in those debates. This raised my curiosity and made me go through his essay âThe Death of Sanskritâ1 . Have to admit that the provocative title drew me to it. Firstly, I would like to state that I respect Sri. Sheldon Pollock for his scholarship. I am a mere Sanskrit enthusiast in comparison to the great scholar that he is. And I know nothing about literary theory. But being a volunteer of a movement that works for spreading Sanskrit, I thought this essay helps me in the way I think and move forward(albeit more than 15 years after it was written) .

The word âdeathâ is surely used in the metaphorical sense. But nonetheless borders on the extreme. The essay starts off on a completely dissonant note. Almost makes us feel this is not a scholarly essay on such a serious topic in any way but a politically motivated and prejudiced take. After those first two paragraphs, it moves on to take up four cases viz. Sanskrit in Kashmir, in Mughal courts, in Vijayanagara Empire and âghostly existenceâ in Bengal on the eve of colonialism.

The main premises on which the death/inactivity is proclaimed are that there is absence of Kavya (the ultimate form of self-expression in Sanskrit according to him), absence of new literary theory (for the intellectual in him), lack of literary newness to (re)imagine contemporary world and competition from regional vernaculars trying to establish dignity and respect for themselves.

The above are not debatable. But to put Kavya at the top of all genres is very much so. For a secular scholar like Pollock it wouldnât matter but works like Narayaneeyam were driven by very personal motives. If its author Narayana Bhattathiri were alive, he might say that was his ultimate form of self-expression. And what to say of Jayadeva(Gita Govinda) and Narayana Teertha(Srikrishna Leela Tarangini). Except these are not the topics he might be interested in.

He declares Jagannatha Panditaraja(of 17th century) as the last poet. There is almost an obsession with court poets. One would wonder why a work like Jambavati Parinayam is mentioned (and described in considerable detail) when talking on decline of Sanskrit. His points are all about how there was a political background to it (because that is his pet theme) but it feels so out of place. Many of the great works in Sanskrit were outside the patronage of courts. And he avoids mentioning devotional literature altogether.

This is where I believe the lack of empathy with the culture hurts. He might pass the âcultural filter testâ but lack of empathy can keep one from appreciating whole bodies of work. While there are terms like âKavi-Ashayaâ, in Telugu the term is âKavi-Hridayamâ to describe poetâs intent. To know the Kavi-hridayam, one cannot be a detached or dispassionate observer-scholar operating at an intellectual level. He/she better be a passionate Rasika and throw himself in. Taittiriya Upanishad says âRaso vai sahâ( He is Rasa). And Kavya is all about RasAsvAdanam.  Not just to observe at the new ways of self-expression with intellectual curiosity. This is not to say that he is not well-versed in these other genres(he is very much knowledgeable). But he is dismissive about their role and there are subtle yet visible prejudices in that essay along those lines.  It is in this context that when he heads a project translating classical texts of India, there is a question mark raised in our minds.

Sanskrit in 19th century was latent and at times on life support but it was manifesting in new genres like the Krithis of Sadashiva Brahmendra and Muthuswamy Dikshitar. It mixed with Telugu to a degree that it is unthinkable to imagine common Telugu without Sanskrit. Telugu poetry, even in 20th century was so Sanskrit-heavy that there were concerted efforts to infuse Telugu words back into literature. It is surprising that while his essay deals with Vijayanagara Empire, it glosses over this important facet.

He also lampoons the Speak Sanskrit movement that is now called Samskrita Bharati2. Surely, the aim of the movement is not to merely ask for Chai on the streets of Bengaluru in Sanskrit but much more. It is making people think in Sanskrit. I somehow feel his essay and that television interview are lucky charms for this movement. Because we have come quite some way in revival of Sanskrit. He mentioned in that interview what he thinks is needed. That Sanskrit should recover its traditions of creativity and intellectual innovation and the need for serious, philologically grounded, historically sensitive, theoretically self-aware, reflective scholarship to make Sanskrit an instrument of creative preservation of the past. I would thank him for spelling those out. And I see all that happening through the very same movement he ridicules. But the movement doesnât aim to stop at that. It seeks to (re)imagine the present and future too with the knowledge of Sanskrit which is not to his liking as he only wants to look at the past. The choice of his words while expressing his thoughts on the movement again points to how he carries those not-so-subtle (by this time) prejudices around all the time

If lack of Kavya and new Sahitya Shastra is enough to use the word death, then Hindus believe in cyclical nature of creation. Those can be re-established and re-generated. If he thinks this revival has been kind of forced in the past, then thanks to those forces. There is also this paradigm of Dakshinamurti that Indian traditions believe in. Chitram vaTatarormule vridhhA shishyA gururyuvA.( the young guru who is sitting under banyan tree with shishyas who are older).  Civilization can grow old but not the language. But if it was impatience and frustration at Hindu nationalists of 1990s that made him write such an essay (he says that in the interview and also that it was written in a provocative way), then it reflects negatively on its fairness.

He mentioned in the essay on how the Sultan of Kashmir wanted to have a vision of Sharada Devi. And also in the television interview he said how he wished (or not) that Saraswati appear in his dream and invited him as her lover but that didnât happen. My mind was inadvertently drawn to a famous Telugu poem(mentioned here only to draw parallel to that dream scene).

Saraswati  did appear to the Telugu poet Pothana and cried when he was being pressured by the local king who wanted Pothanaâs Bhagavatam dedicated to him (he dedicated it to Sri Rama). He pacified her and promised thus:

Tears from kohl-filled eyes are falling on the chest; why do you cry?

O mother! The daughter-in-law of slayer of Kaitabha

O queen of the golden-wombed one

O Bharati! I say this whole-heartedly, believe me!!

Scholarship is not hard to find. It can be found even in unwise men. âGyanakhaluni loni Sharada voleâ said a poet in Telugu( like Sharada in an unwise person).