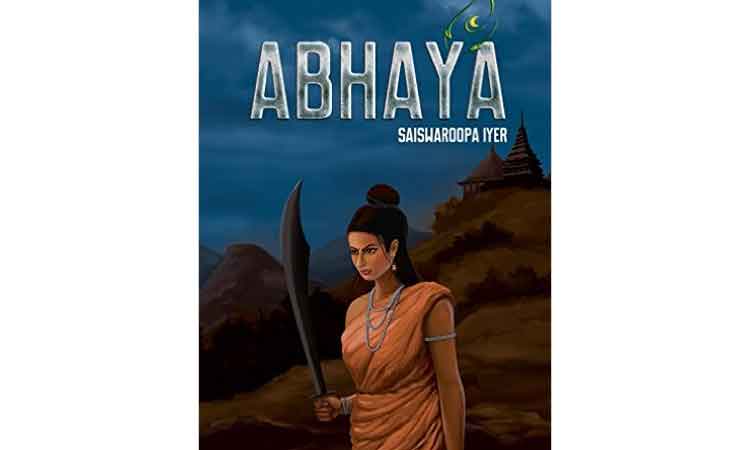 Historical fiction is still a nascent area for Indian authors. History is a bit easier to write so is fiction.  When these two are merged together then it becomes a bit more challenging since it requires introducing fiction in known history and creating a sense of doubt in the mind of readers. The doubt which the author introduces â a conflict between what is in the book and what is commonly accepted to be truth - is the fine line between an average book and an awesome one. Add well rounded philosophy to it and it takes a book to the absolute next level.

Debutante author - Sai Swaroopaâs âAbhayaâ is all this and more. Sheâs been tremendously successful in implanting doubt about actual history in the readers mind. So much so that I went back to refresh what actually happened versus whatâs in the book. The plot, philosophy, protagonists, antagonists are all very well defined and developed. Though the story is set in times of Krishna, the problems that Krishna & Abhaya face and, problems facing Bharatavarsha are dealt in a very contemporary way. For instance, Atulya Prabha and her quest to clean Ganga is seemingly inspired by the Namami Gange project and also the yeoman service being done by Temsutula Imsong, Darshika Seth and Mission Parijat. The idea of women empowerment and girl child equality is also propounded as extensions of thoughts espoused in Vedas.

Her take on various aspects of Sanatana Dharma such as Moksha, Faith, Arya Dharma etc. are refreshing and unique. For instance, in the book, on the discussion of what is Arya Dharma, Swaroopa has the main protagonists discuss thus:

At another point in the story she has this to say about âfaithâ:

"Faith is what keeps fear at bay. If fear is quelled, change is possible".

"Rigidity too is a function of fear. Like the lights of these lamps would overcome the darkness of the moonless nights, faith shall infuse courage to overcome that fear".

Even though the story is about Krishna, he is treated as a human and not as God. He gets sick with fever. He becomes sad. When he hurts he bleeds. This is such a fundamental feeling but something we are not used to seeing in context of our Gods, especially Krishna. This coupled with a different and original take on philosophy that we grew up with is what made me love this book.

As far as the storyline goes â Abhaya is the princess of the small kingdom of Anagha. Her father, Dharmasena, imbibes Dharmic knowledge in her and in his adopted son Vikrama. The siblingsâ Dharma gets tested over and over but itâs their steadfast adherence to it which helps them come out with flying colors. Their kingdom neighbors Saurashtra and Avanthi. Things heat up when Abhaya helps Princess of Avanthi to elope with Krishna much to the chagrin of the crown prince of Avanthi. So he seeks Abhayaâs hand in marriage. A marriage that Abhaya has no interest in but something which she has to, given her kingdomâs dependence on Avanthi for survival.

At the other end of the nation is the kingdom of Kamarupa whose lord Bhauma makes use of Shaktism as a veil for his evil designs. Krishna being Krishna is everywhere trying to protect Bharatavarsha, install Dharmaraja as the Emperor of India, protect Abhaya, and at the same time resurrect Sanatana Dharma.

Can Abhaya overcome the difficulties to herself and her kingdom? Is Krishna successful in resurrecting Dharma in Bharatavarsha? It is said faith can move mountains but can it move Krishna? Can Krishna become Murari?

These are some of the questions that you will have to read the book to know the answers to. Abhayaâs journey is as much as, her struggle and passion to save her kingdom, as it is her path towards Self-Realization and becoming one with the Supreme Being.

While reading this story I felt a gamut of emotions. I found it hard to put down the book. It spawned a thousand thoughts in my mind and I hope it does the same for you too. I thoroughly enjoyed reading this book and Iâm comfortable in saying you will as well. Good, fun, quick and thoughtful reading. Itâs what I expect from a book and Sai Swaroopa Iyer delivers it with Ã©lan.

The book can be bought at: