My Journey to Hindu Dharma (Part One): Setting the Scene

Who Cares? No matter how many times I present it in various venues, either in talks or in articles in books or on the internet, I find that there is an ongoing fascination with the story of how I came to identify myself as Hindu, and to be an active, participating member of the Hindu community in North America.  I suspect this is because my story, while it is certainly not unique, is unusual.  I also suspect it is because American culture is often perceived to be diametrically opposed to Hindu valuesâa perception that is both true and false, depending on which part of American culture and which part of Hindu Dharma one is comparing.  There is also an assumption that most Americans are either Christian and antagonistic to all other faiths or paths, or materialist and antagonistic or indifferent to all spirituality.  In reality, though, the situation is far more complex.

My Story in Context

A recent Pew research poll on the ethnic make-up of American religious communities[1] revealed that, while the vast majority of Hindus in America are of Asian heritageâmostly of Indian originâa small but not insignificant number of those who identify as Hindu are from other ethnic backgrounds.  Among the roughly 2.23 million Hindus in America, the study found that 91 percent are of Asian heritage.  Of the remaining 9 percent, 2 percent self-identified as being of âmixedâ heritage.  4 percent identified themselves as white, 2 percent as African American, and 1 percent as Hispanic.  This means there are roughly 89,200 white American Hindus, 44,600 African American Hindus, and 22,300 Hispanic American Hindus.

These numbers are not insignificant.  They suggest that non-Indian Hindus, while yet a small minority in the Hindu American communityâand an absolutely tiny minority in the global Hindu community of almost one billionâare nevertheless a real, definite presence.  Non-Indian Hindus are now, as many of my students would say, âa thing.â  Indeed, our first Hindu representative to the US Congress, Tulsi Gabbard, is a Hindu; but she is not of Indian descent.

There have, of course, been non-Indian Hindus for many centuries.  The Hindus of Bali, a remnant of what was once a much wider Hindu presence across Southeast Asia, have been around for a very long time.  I am speaking here of Hindus in the West, and in the United States in particular, who are not part of the Indian Diaspora: Western Hindus.

Another poll, famously cited by Lisa Miller in her 2009 Newsweek essay, âWe Are All Hindus Now,â[2] suggests that the influence of Hindu thought upon American attitudes and beliefs goes far beyond those who self-identify as Hindu.  According to this information, a majority of Americansâ65 percentâbelieve that âmany religions can lead to eternal life.â This number includes a surprising 37 percent of white evangelical Christians. This survey also indicates that 24 percent of Americans believe in reincarnation, and that 30 percentâalmost a thirdâself-identify as âspiritual but not religious.â  And of course there are the vast numbers who practice some form or other of yoga, either as a type of exercise or as a total way of life.

It is in the context just described that my journey is best understood.  Beginning with the coming of Swami Vivekananda to the US in 1893âor even before that, if one takes into account the Transcendentalists and Theosophists of the nineteenth century, and their deep fascination with both Hindu and Buddhist thoughtâthe spiritual seeker who turns to India for inspiration has been a feature of American society.  For some, this turning is a casual flirtation, an appropriation of a few ideas, and maybe even some practices, into a lifestyle that does not change in any fundamental way.  It may even take the form of assimilating Hindu ideas or practices into a Christian spiritualityâa phenomenon that some have called âdigestion.â  For others, the experience is more profound and life changing, leading one to orient oneâs whole existence around the wisdom that one has discovered, perhaps even to the point of identifying oneself religiously as Hindu.  Finally, for a few, the experience is so profound that one goes, as it were, âall the way,â and joins a monastic order, becoming a swami or a pravrajika and giving oneâs life completely to the spiritual path.

I would locate myself in the middle group which I have just described: as one who has found Hindu thought and practice so compelling that it has defined the orientation of my life.  I did not go to the point of joining a monastic order, though this is certainly a path I contemplated at one point.  I did, however, marry into the tradition, though this is not how I first came to Hindu Dharma.  I was already deeply immersed in Hindu thought and practice when my wife and I first met, now more than twenty years ago.  My choice of a career was shaped by my spiritual journey, though.  I became a professional scholar and teacher of Indian traditionsâor Dharma traditionsâprecisely because I wanted to immerse myself in knowledge of all these paths.

The perspectives taken by scholars in an academic setting are, as is well known, not the same as those taken in a traditional setting.  There is often tensionâand sometimes even hostilityâbetween the two.  I believe, though, that one can learn from all perspectives, and that both the tradition and the academy can benefit from thoughtful and respectful mutual engagement.  I have tried, in my own small way, to be a bridge between the two.  But that is a story for another day.

Who Is a Hindu?

Some may argue that only one born into Hindu Dharma can rightfully claim to be Hindu.  If that is the case, then we, the 156,000 or so non-Indian Hindus in the US, are deceiving ourselves.  While I do not agree with this perspective, I want to conclude this particular essay by saying that I respect it.  Indeed, I know others who have been deeply influenced by Hindu traditionsâwho even have a guru and practice their sadhana faithfullyâbut who do not identify themselves as Hindu precisely because they respect the tradition and are concerned not to give offense.  Perhaps we should call ourselves something else: people inspired by Hinduism, or people who follow a Hindu philosophy or way of life.  We can also identify, as many do, with the specific Hindu tradition to which we are affiliated: with ISKCON, or with Transcendental Meditation, or with Siddha Yoga, or with the Self-Realization Fellowship, or, in my case, with the Ramakrishna Mission (known in the US as the Vedanta Society).  But when explaining our beliefs to our fellow Americans who are unfamiliar with these traditions, we inevitably end up using the word âHindu.â  It is on this pragmatic basis that I so identify myself with this tradition that, for me, has changed everything. 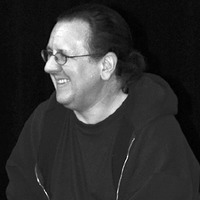