Modi at 365 : The re-emergence of India as a Civilizational state 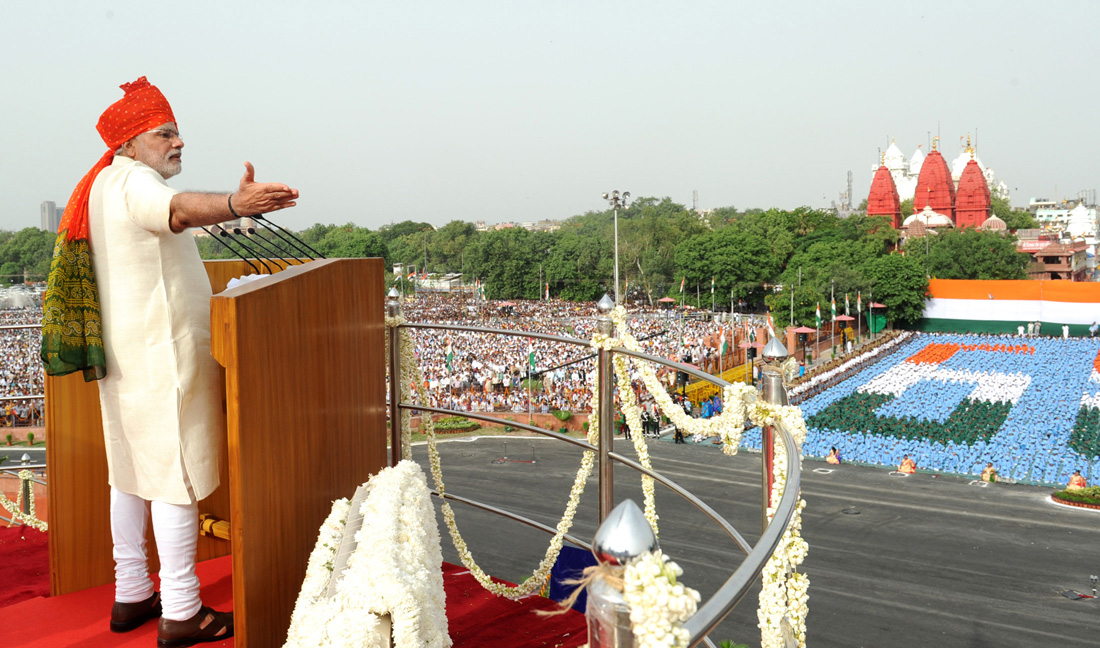 No other Government in post-independent Indiaâs history has faced as much scrutiny in its first year in office as has or is facing the Narendra Modi led Government. Perhaps Atal Behari Vajpayeeâs NDA I faced a similar scrutiny in its first year but yet that came nowhere near to what Narendra Modi continues to face. Perhaps such a scrutiny is reserved only for those few leaders, products of a non-Nehruvian politics who, deprived of any privileges, came up the hard, struggling and essentially Bharatiya way.

It is a unique characteristic of the articulate and opinion-forming Indian milieu that privilege and pedigree in politics as in other fields, exempts one from scrutiny and accountability. Being scrutinized is only for those who were not âborn to governâ but rather grew into greatness and leadership through the sheer dint of their perseverance; their organic connect with the Indian psyche.

Pandit Deendayal Upadhyaya, the legendary foundation-layer of the erstwhile Jana Sangh, Atal Behari Vajpayee, the first non-Congress Prime Minister to lead a Government in India to its full term and Narendra Modi, the first non-Congress Prime Minister to earn a Parliamentary majority and to strike a resounding blow at the Nehruvian consensus all fall into that category, a category that faces relentless tests and is continuously challenged. Non-scrutiny and indulgence is for those on whom the mantle of leadership has easily fallen as if ordained.

The scrutiny of this category of leaders is not only limited to the Indian milieu, curiously the international media, the Western observersâ clique ensconced in ivy league climates that mainly thrive by analysing an âimagined Indiaâ at war with itself, direct their shrill voices and sharp lenses whenever a government of an alternate dispensation, a dispensation different from the one that they have been used to seeing ruling India, comes to power.

But Prime Minister Modi, in ceaseless steeple-chase, has always excelled in galloping over these barriers put up by forces that are essentially inimical or opposed to the rise of India as a civilisational state. In him these elements see the actual instrument, the real catalyst who could push such a rise of India.  A rise that can be ignited exactly through the way Modi is approaching India, that is by redefining the various dimensions of her national life and lifting her out of the state of being that comes from a lingering sense of subjecthood to one which is capable of articulating and actualizing the aspirations of more than a billion people. In him they see the leader capable of formulating and giving shape to the great Indian dream. Hence the resistance is formidable, the opposition relentless, irrational and at times unforgiving.

Interestingly and as he always does, Prime Minister Modi has turned the tide and forced a debate on the nation. Not one to avoid a dÃ©bat, never hesitant of presenting a report card of his performance to those, in whose name and for whom he has pledged to run his Government â the vast and teeming multitude of India, Prime Minister Modi has succeed in  breaking the calcified categories into which the Indian political discourse rotated.

From a discourse of conflict and clash, from a primarily denominational approach to Indian issues and challenges, from a sense of siege, deprivation and victimhood he has forced the political discourse to chart out a new path and structure a new category. It is a category that expresses and describes aspirational India. Repeated attempts in the last one year to force the discourse back to a degenerative framework which has essentially portrayed India as a congeries of groups, perpetually in conflict, have been stonewalled and Prime Minister Modi, adopting a resolute posture, has steered the discourse on the new line that he had set during his grueling and truly national election campaign in 2014.

For those who have worked with him in Gujarat, such a frenzy of assessment and instant judgment delivery is nothing new or out of the ordinary. For twelve long years, Modi, they say faced the same test, grappled with the same questions and lived through the same frenzy silently doing what he does best â creatively governing and imaginatively performing and making a difference to the lives with whose destiny he is entrusted with. To those with their ears and pulses on the ground then, those years of scrutiny made no difference for they saw the actual difference that a Narendra Modi governance style and manner did to their lives and to their aspirations.

As Modi himself often reiterates, it was those same officers, that usual system, that unchanged structure and yet it made all the difference, the difference was in the energy, in the delivery and in the performance. All that was needed was a decisive governance direction. In Gujarat, in more than a decade, Narendra Modi provided that and at the national level in the last one year he has succeeded in reinforcing that. The sense of having a leadership, a sense of having a direction with clearly enumerated goals is perhaps the greatest achievement in the last one year. A sense of security, a sense of connect for the marginalized, a hands-on approach to governance, as opposed to an aerial approach, is the most significant expression of that change which India has seen in the last one year. The ambiguity in decision making, the palpable indecisiveness, the multiple centres of power and of authority have all dissolved into a clear and distinct pattern of governance and of delivery.

If one of the categories of a civilisational state is that of managing harmoniously its diversities and of counting them as strengths, then Prime Minister Modi has strengthened that category and that characteristic. It is perhaps for the first time in post-independent Indiaâs political history that a Prime Minister, adhering to a true spirit of federalism talks of a âTeam Indiaâ â a team that comprises the Chief Ministers of the States and the Prime Minister. Evaporated is the mentality which perpetuated the âwrit of the central governmentâ, dissolving is the attitude which saw the states and regional leaders as mere cogs in the wheel that was meant to keep the dominant party rolling. âCooperative federalismâ is not a slogan but an implemented and worked out reality.  When the Prime Minister took Chief Ministers along with him to inaugurate the first Provincial/Statesâ Leaders Forum in China and spoke of how States have to be equal partners in growth that though visions may be formed in Delhi their success will be determined by state governments, he was putting into practice this federal spirit of cooperation. The gradual dissolution of the confrontational spirit between the Centre and the State in the last one year has been a major step forward in relaying the spirit and framework of Indian polity

If another category of a civilisational state is the expression of an aspiration to play a larger global role and to work towards that, then the past one year has seen a decisive expression of that aspiration. Everywhere that he has gone, in every forum that he has spoken, Prime Minister Modi has articulated the faith of a âre-emerging India.â Every visit of his abroad has been envisaged in a spirit of a civilisational out-reach, renewing, re-invigorating and re-shaping ancient bonds in a current context. Recognition of the need to push hard and pragmatically for Indiaâs national interest has been another decisive shift in the last one year, a shift which has strengthened Indiaâs march towards becoming one of the principal poles in an increasingly multi-polar world.

If the a category of a civilisational state is the articulation of a philosophy on the world stage and of making the world recognise oneâs civilisational high-water marks then the recognition of the uniquely Indian Yoga as a world redeeming method or practice is a unique achievement that further cements the belief that Prime Minister Modiâs vision of Indiaâs âre-emergenceâ is that of a civilisational state. When he spoke at the Council of Foreign Relations in New York and referred to the need to work on the basis of a philosophy and not an ideology, because ideologies on the world stage generated conflict while philosophies facilitated cooperation, Prime Minister Modi was essentially reiterating the timeless Indian belief of world unity and cooperation. To his audience in New York, used to the politics of power and competition that may have sounded strange, but it was a new category that India was setting out and it was being articulated by a deeply convinced Prime Minister bent upon concretising Indiaâs space in the mind-map of the world.

The wheel of the Indian state is on a steady track, the spirit of Indiaâs polity is redefining itself, the cornerstones of effective governance are being chiseled and installed and the foundation laying for a new age India is nearly complete. Modiâs first year at the helm has brought to fruition all of these and much more. The complete effects of these will be seen after a decade or so, till then let us trust and let us support, a refreshingly new India is at last emerging. 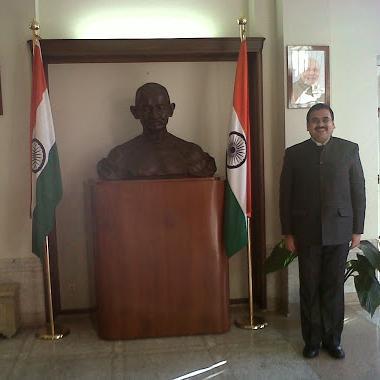