Khalilzad resigns as US special representative to Afghanistan 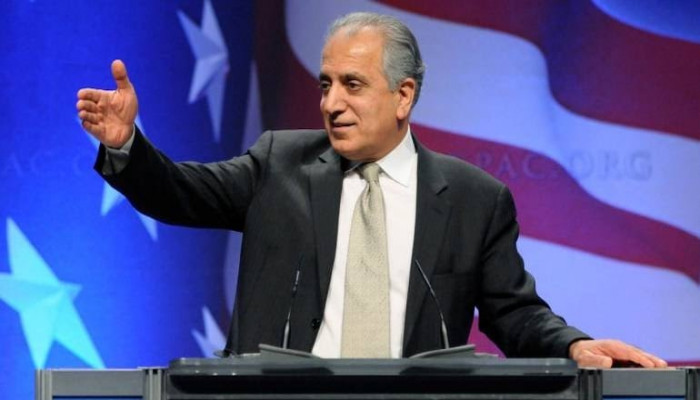 "West, who served on then-Vice President Biden's national security team and on the National Security Council staff, will lead diplomatic efforts, advise the Secretary and Assistant Secretary for the Bureau of South and Central Asian Affairs, and coordinate closely with the US Embassy Kabul presence in Doha on America's interests in Afghanistan," Blinken said in a statement.

Blinken also thanked Khalilzad for his "decades of service".

"As Special Representative for Afghan Reconciliation Zalmay Khalilzad steps down from his role, I extend my gratitude for his decades of service to the American people," Blinken said in the statement.

Khalilzad was the person who led talks with the Taliban in Qatar that resulted in the Doha agreement between the Islamic group and former US President Donald Trump to fully withdraw US troops by May 2021.

However, he has been criticised for not pressing the Taliban hard enough during peace talks.

In his resignation letter, Khalilzad acknowledged, "The political arrangement between the Afghan government and the Taliban did not go forward as envisaged. The reasons for this are too complex and I will share my thoughts in the coming days and weeks.”

"Going forward, I plan to contribute to the discussion and debate about not only what happened but what should be done next," he added.

Current and former US officials told news agency Reuters that in the three years Khalilzad has been in the role, he became the face of one of the largest US diplomatic failures in recent memory.

Born in Afghanistan, Khalilzad was a veteran of past Republican administrations who helped President George W Bush plan the overthrow of the Taliban in 2002.