India, APEC and the US 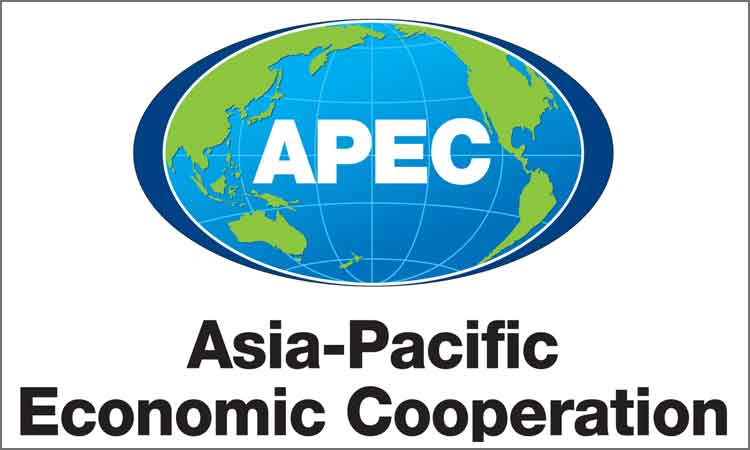 The major focus during the Asia Pacific Economic Cooperation (APEC) meeting in Manila, Philippines on November 18th and 19th would be on the Paris terror attacks though it is a trade promotion group that does not delve into security issues. The regional tensions in the South China Sea would be coming to some sort of attention indirectly despite Chinese efforts to block any discussion.  The issue of enlarging the membership and Indiaâs pending membership application will most probably again be relegated to the background. Both China and the US will raise their pitch to sell their version of free trade blocks. China will try to sell its proposal for the Free Trade Area for Asia-Pacific (FTAAP) which excludes India and the US will do the same for the Trans-Pacific Partnership (TPP) which currently excludes China. Prime Minister Narendra Modi had raised the issue of Indian membership in the APEC with President Barack Obama in January 2015, when Obama visited India as the guest of honor for Indiaâs Republic Day parade. President Obama expressed verbal support for Indiaâs membership in the APEC at that time.

The APEC was initially floated in 1989 by an Australian initiative and had 12 founding member economies: Australia, Brunei Darussalam, Canada, Indonesia, Japan, Korea, Malaysia, New Zealand, the Philippines, Singapore, Thailand and the United States. In 1991, China, Hong Kong, China and the Chinese Taipei (Taiwan) joined the APEC as a regional package. Mexico and Papua New Guinea followed in 1993. Chile was allowed to join the APEC in 1994.  Peru, Russia and Viet Nam joined the APEC in 1998, taking its full membership to 21 economies. The group acts with consensus in making decisions. APEC is more a trade promotion group and its recommendations are not binding on the member economies.

The APECâs mission statement reads: âOur primary goal is to support sustainable economic growth and prosperity in the Asia-Pacific region. We are united in our drive to build a dynamic and harmonious Asia-Pacific community by championing free and open trade and investment, promoting and accelerating regional economic integration, encouraging economic and technical cooperation, enhancing human security, and facilitating a favorable and sustainable business environment. Our initiatives turn policy goals into concrete results and agreements into tangible benefits.â

The APEC put a moratorium on new memberships in 1997 for a period of 10 years though Indiaâs membership application was pending. The moratorium was extended for another three years in 2007. However, for inexplicable reasons the APEC economies have not bothered to deal with the issue of further enlargement.  Especially Indiaâs application for the membership has been pending with the APEC for last 20 years without approval. Every year since 2010, India has been looking expectantly for the APEC to consider Indiaâs application for membership but nothing concrete has materialized owing to passive obstruction and stonewalling.

Mainly, two arguments are used against Indiaâs membership that India is not part of Asia-Pacific region and that India has proved to be an obstacle during negotiations in various international trade reforms/regimes. India had bargained tough during the Doha round and the Bali round of the WTO negotiations. Both these arguments are fallacious and self-serving. One fails to understand where countries like Thailand and Brunei have either land or sea borders with the Pacific Ocean? Or being a member of the ASEAN qualifies these two countries for the APEC membership! One also needs to ask a rhetoric question if India is an Asian country or not?  India is not located on the moon! Since the concept of Asia-Pacific has already been substituted by a larger strategic concept of the Indo-Pacific, there is no reason to continue to withhold Indiaâs membership of the APEC on geographical grounds alone. Without Indiaâs participation, there is no Indo-Pacific economy and hence no Asia-Pacific economy!

India introduced market reforms initially in 1991 when China was allowed to join as a member. India has gradually introduced more market reforms & liberalization and that is the reason India applied for the membership of the APEC. It is true that Indian economy was largely socialistic prior to 1991 but so were Chinaâs, Russiaâs and Vietnamâs. Indian membership of the APEC would provide an incentive to continue further deeper economic liberalization. India has been a founding member of the WTO as well as of its previous incarnation of the GATT (General Agreement on Trade and Tariffs) since its inception. Interestingly, Russia is a part of the APEC since 1998 though it still does not qualify for the WTO membership as a market economy. China was allowed to join the WTO only in year 2000 despite being a member of the APEC since 1991. There seems to be some sort of unstated cooperation between both the US and China to continue to go slow on Indiaâs membership of the APEC.

A number of US based analysts have exhorted the US to champion Indiaâs cause in the APEC for membership as a step toward eventual inclusion in the TPP.  Kevin Rudd, the former Australian PM and head of the CII-Asia Society Task Force  opined that the APEC misses much by not having India on board. Clarifying that APEC is not a free-trade body, Rudd said, "APEC is not a platform for market access negotiations, or a trade negotiating forum, but voluntary association of economiesâ. We, in India, can understand Chinaâs reflexive and habitual pattern of opposition to Indiaâs membership for any international arrangement with strategic implications because China is an adversary and a strategic threat. India does not perceive the US as an adversary in the post-cold war scenario. In fact, Pew Research on public opinion has consistently shown Indian public considering the US as one of the most  friendly nations.

The US Deputy Assistant Secretary of State and Senior Official for the APEC Matt Matthews on November 2nd 2015 dampened cold water on Indiaâs membership by categorically stating that it is not on the agenda of the APEC meeting in Manila in Philippines, on November 18 and 19. He further stated: âI do not believe there is any active consideration within APEC for expanded membership in the current timeâ. When reminded that President Obama had âsupportedâ Indiaâs desire for membership of the APEC during his 2015 visit to India on Republic Day, Matthews said the US had so far only welcomed âIndiaâs interestâ in joining the APEC. âIt is important to be careful and accurate about describing Presidentâs comment. President welcomed Indiaâs interest in the APEC. That speaks for itself. We welcome Indiaâs examination of APEC. We have not entered [into any] discussion about it. I do not believe India is formally pressing for actual membership now in APEC,â he said.

India needs to hold the US to its words. The US must stop playing word games like China. The US expects too many unilateral concessions from India without delivering anything in return. The US, after signing the civil nuclear deal in 2005 and after ratifying the same in 2008, has not been able to shepherd Indiaâs membership of the NSG, the MTCR, The Australia Group and the Wassenaar arrangement. The US has also made verbal promises to support Indiaâs permanent membership of the UNSC. However, there is no concrete effort or will to make it implemented into reality despite a lot of rhetoric from the US. The proof of the US goodwill should reflect in active and actual support for Indiaâs membership for the most benign of these international arrangements. Being an active member of the APEC will help India transform its domestic economy into full-fledged market economy. It will also prepare India for additional economic reforms so to obtain eventual membership of the RCEP or the TPP or the FTAAP.

India and the US have had a legacy of trade disputes within the WTO. US trade representatives have invoked the Special 301 Priority Foreign Country designation for India. If the US continues to show a pattern of passive indifference and obstruction to Indiaâs membership of the APEC while using the flowery rhetoric akin to China, India may have to utilize more aggressive marketing and trading strategies. Let it be known to everyone including the US that trade wars and denial of market access is as a detrimental as a hot war in the modern context. If you donât support us, you are against us in our pursuit of market access. Since India and the US have now formalized an annual Strategic and Commercial dialogue, perhaps, the US performance in its active support to Indiaâs membership of the APEC needs to be carefully monitored annually. Preferential trade access to Indian market for the US must be made contingent upon US behaviors towards Indiaâs membership in the APEC and other free trade groups. To paraphrase and plagiarize Carla Anderson Hills, the former US trade representative: We (India) will be ready to open the APEC and other trade-blocks with a crowbar if necessary, but with a Namaste if possible!