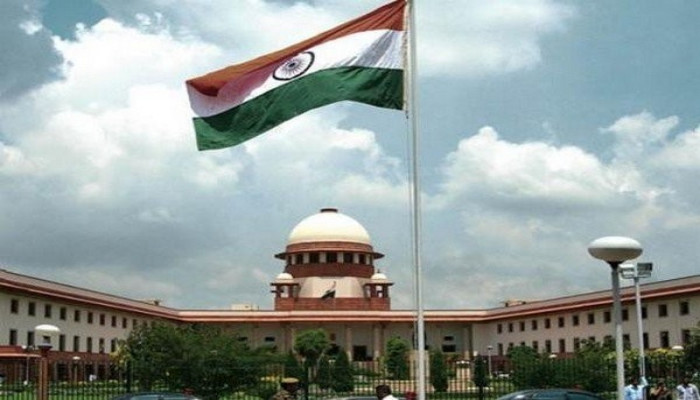 The Election Commission on Wednesday supported the Supreme Court's decision to set up an expert committee to examine regulatory measures on freebies announced by political parties ahead of elections, but declined to be part of the panel while taking strong objections to SC's remarks portraying it to be non-serious about the problem, Times of India reported.

“It may not be appropriate for the Commission, being the constitutional authority, to offer to be part of the expert committee especially if there are (representation from) ministries or government bodies in the expert committee. Further, there are continuous elections in the country and any opinion/view/comment during deliberations in a multi-member body might, in the event of being publicised, amount to pre-decide the issue and disturb the level playing field,” the EC said in an affidavit.

While dealing with a PIL filed by Ashwini Upadhyay relating to freebies, a 3-Judge bench led by CJI N V Ramana on August 3 had said, "We are of the considered view that it would be appropriate to constitute an expert body with representatives of all stakeholders: the beneficiaries, those opposing freebies, central government, state governments, opposition parties, Finance Commission, RBI, Niti Aayog etc, to take a holistic and comprehensive view of the matter and making their recommendations".

Declining to be part of the expert body, the EC took objection to the SC's oral observations - “If the EC had taken up this issue and taken steps, this problem would not have arisen” - during the August 3 hearing and said it caused “irreparable damage” to its reputation built over the years.

The EC pointed out that it was the SC in its 2013 judgment that had held that promises made by political parties and candidates in their manifestos could neither be construed as a corrupt practice under Representation of the People Act nor violation of a level playing field (Article 14).

According to the TOI report, the EC said in the 2013 verdict in ‘S Subramaniam Balaji vs Tamil Nadu’ case, “the SC had declined to interfere in the schemes under which goods such as gold, TVs, laptops, mixer-grinders, electric fans, in addition to the distribution of solar-powered greenhouses and milch animals and goats to the targeted beneficiaries were to be done free of cost by the government. SC had held that distribution of such goods was directly related to directive principles of state policy and that whether incurring expenditure on the same and to what extent was not to be determined by the court but to be decided and debated in the legislature.”

The EC said it had framed a model Code of Conduct as directed by the court in 2013. However, the Commission said, "Oral observations made by the SC... have caused irreparable damage to the reputation of this institution (EC) built over the years. The reputational damage of this magnitude does not augur well for the country which is relatively younger but the largest and stable democracy."

EC said in its previous affidavit it had only pointed out the limitations on its part because of the SC judgement but was portrayed by the SC during the hearing in a light that made the institution appear non-serious in tackling the menace of offering freebies.