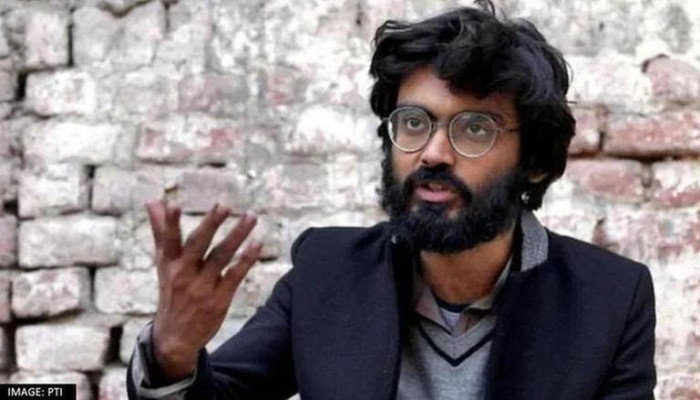 Delhi Court on Monday slapped charges of sedition against him in the FIR related to his alleged inflammatory speeches in Aligarh Muslim University and Jamia Millia University.

The court has framed charges under sections relating to promoting enmity against two groups, inciting enmity and sedition.

However, in the same case filed in UP, the Allahabad High Court had noted that Imam did not call anyone to bear arms and that his speeches did not incite violence while granting him bail after 14 months of incarceration.

Four FIRs were registered against Imam under Sections 124A (sedition), 153A (promoting enmity), 505(2) (statements creating or promoting enmity and 153B (assertions prejudicial to national integration) of IPC.

Imam was booked for rioting and unlawful assembly on December 13 and 14, 2019 when violence broke between police and Jamia students as the force used tear gas, batons to disperse anti-CAA protestors.

On December 9, 2021, he was granted bail in another case related to the alleged violence at Jamia Millia Islamia University in December 2019. In that case, the FIR under which he is an accused involves offences such as rioting, conspiracy, attempt to commit culpable homicide, voluntarily obstructing public servant in discharge of public functions, and assault under the Indian Penal Code.

Imam has been lodged in Tihar Jail for the past 15 months under various cases - including the UAPA case of 2020 Delhi riots. Imam has already gotten bail in cases filed in Assam and Arunachal Pradesh.

A case was lodged under the stringent anti-terror law against him in Assam, taking cognisance of Imams remark that Assam could be "severed from India, even if for a few months" as a result of the Citizenship (Amendment) Act (CAA).

Police in Manipur and Arunachal Pradesh had also lodged FIRs against the JNU scholar, over his speech in which he threatened to "cut off" Assam and the northeast from the rest of the country.