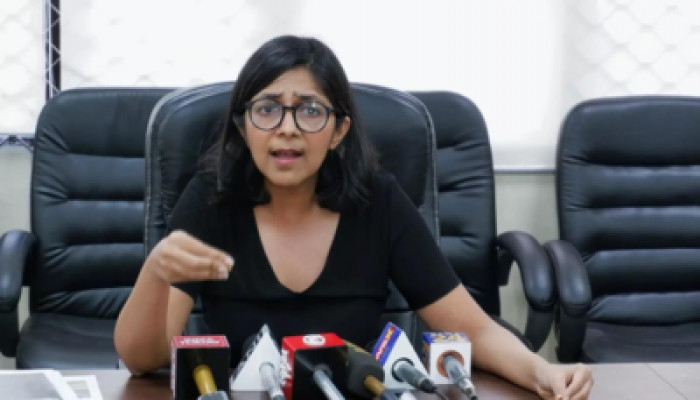 A court in Delhi on Thursday ordered the framing of corruption and criminal conspiracy charges against DCW chairperson Swati Maliwal and others for "prima facie" abusing their official positions to appoint AAP workers to different posts in the women's rights body, news agency PTI reported.

Special Judge Dig Vinay Singh said the perusal of minutes of the meetings held on various dates by the DCW, of which all four accused were signatories, were "enough to prima facie point to a strong suspicion that the appointments in question were made by the accused persons in agreement with each other".

"After all, none of the three accused besides Maliwal ever objected to or gave a dissenting note to the illegal appointments. Rather the decisions were claimed to have been arrived at unanimously in those meetings," the judge said.

The court ordered the framing of charges against the accused persons under Section 120-B (criminal conspiracy) of the Indian Penal Code (IPC), read with Section 13(1)(d) (criminal misconduct by a public servant) of the Prevention of Corruption Act.

The case was lodged by the Anti-Corruption Bureau on a complaint by former DCW chairperson and BJP MLA Barkha Shukla Singh.

According to the prosecution, the accused, in conspiracy with each other, abused their official positions and obtained pecuniary advantages for AAP workers, who were appointed to different DCW posts without following due process.

The appointments were made in contravention of procedures, rules, regulations, without even advertising for the posts in violation of General Finance Rules (GFR) and other guidelines, and that money was disbursed to various such persons towards remuneration/salary/honorarium, it said.

The prosecution claimed that a total of 90 appointments were made in the DCW between August 6, 2015 and August 1, 2016. Out of these, 71 people were appointed on a contractual basis and 16 were appointed for 'Dial 181' distress helpline.

No record qua appointment of remaining three appointees could be found, it said.