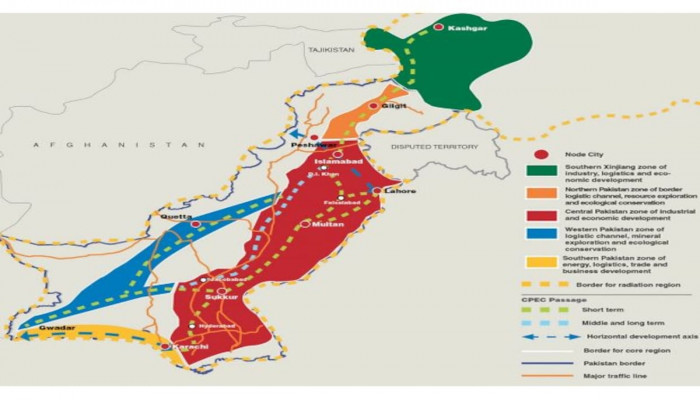 The project of China and Pakistan Economic Corridor (CPEC) has hit a big roadblock over a power challenge in Pakistan occupied Kashmir (PoK). According to Economic Times, the Chinese company may just halt the development of a mega hydro-power challenge beneath CPEC in PoK over native tax.

The company has requested Pakistan to cope with the problem associated with the adoption of a 1% mounted tax through the PoK at the offshore procurement contract of the 1,124-megawatt Kohala Hydropower Undertaking.

“If the problem isn’t resolved, the Chinese would possibly drop this challenge from the CPEC’s record of initiatives,” said Pakistan English Daily ‘Dawn’ newspaper.

The other reasons for CPEC’s slowdown have been the pandemic, no major new Chinese commitment, pending payments of Chinese power plants to the tune of Rs230 billion and delays in the financial close of the Karachi-Peshawar railway line (ML-1) upgradation project.

According to the Chinese Foreign Ministry, the CPEC project is facing many setbacks but it claims that it is making progress.

The meeting comes ahead of Prime Minister Imran Khan’s upcoming three-day visit to China from February 3-5 to attend the opening ceremony of the 2022 Winter Olympics and hold bilateral talks.