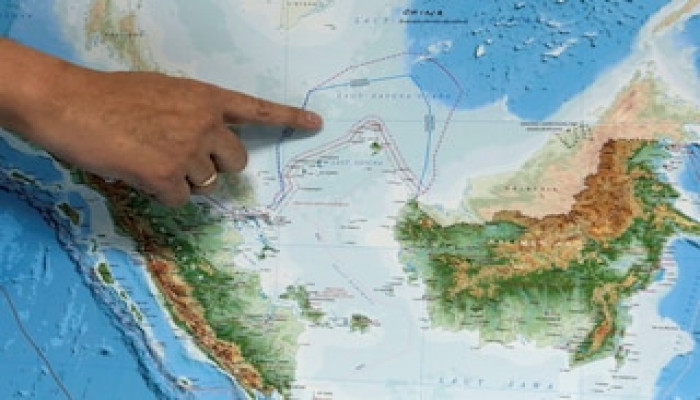 According to sources of Reuters, China told Indonesia to stop drilling for oil and natural gas in maritime territory that both countries regard as their own. Due to their claims on South China sea territories, a four-month long stand-off was seen in the sea earlier this year.

The unprecedented demand elevated tensions over natural resources between the two countries in a volatile area of global strategic and economic importance.

According to Muhammad Farhan, an Indonesian lawmaker on Parliament's national security committee, one letter from Chinese diplomats to Indonesia's foreign ministry clearly told Indonesia to halt drilling at a temporary offshore rig because it was taking place in Chinese territory.

“Our reply was very firm, that we are not going to stop the drilling because it is our sovereign right," Farhan said as quoted by Reuters.

A spokesman for Indonesia's foreign ministry said, "Any diplomatic communication between states is private in nature and its content cannot be shared."

However, China's foreign ministry, defence ministry and embassy in Indonesia's capital Jakarta did not respond to this new statement.

South-east Asia's biggest nation, Indonesia says the southern end of the South China Sea is its exclusive economic zone under the United Nations Convention on the Law of the Sea and named the area as the North Natuna Sea in 2017.

To which, China objected to the name change and insists the waterway is within its expansive territorial claim in the South China Sea that it marks with a U-shaped "nine-dash line," a boundary found to have no legal basis by the Permanent Court of Arbitration in the Hague in 2016.

"It (the letter) was a bit threatening because it was the first effort of China's diplomats to push their nine-dash line agenda against our rights under the Law of the Sea," Farhan said.

Indonesian leaders kept quiet about the matter in order to avoid conflict or a diplomatic spat with China, Farhan and two of the other people said.

Farhan also added that China, in a separate letter, also protested against the predominantly land-based Garuda Shield military exercises in August, which took place during the standoff.

The exercises, involving 4,500 troops from the United States and Indonesia, have been a regular event since 2009. This was China's first protest against them, according to Farhan.

"In their formal letter, the Chinese government was expressing their concern about the security stability in the area," he said.

According to ship movement data, within days of the Noble Clyde Boudreaux semi-submersible rig arriving at the Tuna Block in the Natuna Sea to drill two appraisal wells on June 30, a Chinese Coast Guard vessel was at the scene. It was soon joined by an Indonesian Coast Guard vessel.

According to an analysis of ship identification data and satellite imagery by the Asia Maritime Transparency Initiative (AMTI), over the next four months, Chinese and Indonesian ships shadowed each other around the oil and gas field, frequently coming within 1 nautical mile of each other.

AMTI is a project run by the US-based Centre for Strategic and International Studies.

Data and images reviewed by AMTI and the Indonesia Ocean Justice Initiative (IOJI), a Jakarta-based independent think-tank, shows a Chinese research ship, Haiyang Dizhi 10, arrived in the area in late August, spending most of the next seven weeks moving slowly in a grid pattern of the adjacent D-Alpha Block, an oil and gas reserve also in contested waters, valued at US$500 billion (S$681.8 billion) by Indonesian government studies.