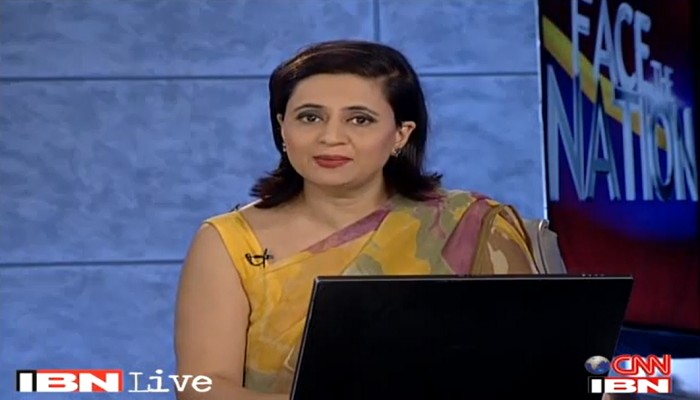 I would like to begin with a confession. Since about one and a half years or so, I have begun to lose interest in worrying about the inanities of the (primarily) Delhi based English media journalists (I was still concerned about the Chennai based English media though). I felt stupid countering their never-ending stupidity. Their incompetence was so brazen for everyone to see, that their dwindling ratings were proof enough of how even a vast section of the country has begun to ignore them.

Occasionally, I felt angry. The rare times that they chose to focus on policy, my mind boggled at their understanding (or the utter lack of it) of simple issues too. I also secretly applauded them for not letting umpteen setbacks affect them – they were caught lying, faking, shrieking, campaigning – yet they stuck to their core message – try to create unrest in the country.

The latest in this series was that shocking tweet (now deleted) by Sagarika Ghose.

Let me cite a very recent example. On May 21st, NDTV’s Vikram Chandra tweeted that he was doing an interview with Nitin Gadkari (the transport minister of the country), and invited readers to ask questions. He even retweeted some of them, and promised that he will ask the Minister the questions received.

“In his interview to me @nitin_gadkari slams vigilantes, calling them "uchakas" and saying they don't represent the party or the RSS.”

'All for Gau Raksha, but vigilantes don't represent us': Nitin Gadkari to NDTV

Am sure if I show him this, he will ask us to go see the full interview. However, my point is this – the very fact that he chose to highlight this on twitter (of the many things he could have), and nothing about actual transport ministry, speaks volumes about the intentions of the English media. They will repeat ad -nauseum the same question to any Minister they will interview and play it in a loop.

Pick any interview during any of the Modi government anniversaries. I even documented their incompetence during the first anniversary (and would like to highlight one key point below that summarizes the article):

“Ananth Kumar was explaining about how the government has bought in neem-coated urea to avoid pilferation of the subsidised Urea. Out of nowhere, Rajdeep brings in the “suit-boot ki sarkar” jibe of Rahul Gandhi into the picture and seeks a yes-no answer from the minister. At another instance, Rajdeep wants an assurance from the minister that the Urea prices will never be increased in the next 4 years. The minister assures him, but Rajdeep says not enough! Rajdeep repeats the suit-boot ki sarkar jibe more than the sum of all Congress spokespersons put together!”

Of late, they seem to be bored with portraying the same intolerance stuff, so they have now begun to try to link two totally unrelated incidents and portray a picture of gloom and doom. Am I exaggerating? What else can explain this headline?

Now, you may be tempted to ask – why bother about these people?  Here is why- Because for all we know, Sagarika Ghose is part of a whatsapp group that has a senior cabinet minister in it. Because The Hindu is prescribed syllabus to all the Civil service aspirants. Because this cabal is given disproportional coverage in the international media, and what do they chose to highlight? “Intolerance”, “trolls”, and “freedom of press”. Barkha Dutt tells Siddarth Varadarajan that they screwed up on the coverage of the church attacks, in front of a minister – and yet is free today to spread more lies. Sagarika Ghose is still free today to continue showing her favoritism towards lies.

I was hearing an NPR show recently, and was aghast at the anchor calling J&K as “Indian-occupied Kashmir”. The anchor then called up their “Delhi correspondent” and she went on and on with the exact same inanities that the English media spouts here.

The world at large is gets to know our country through the jaundiced eyes of the Vikram Chandras, Siddarth Varadarajans, Barkha Dutts and ofcourse the one and only Sagarika Ghose. It is therefore important that these noises be countered by saner voices. It is important that these lies be countered as effectively as possible (ignoring these lies would mean that we must live with people like Arvind Kejriwal in positions of power). And if it takes 100s of boring articles like this, then so be it!