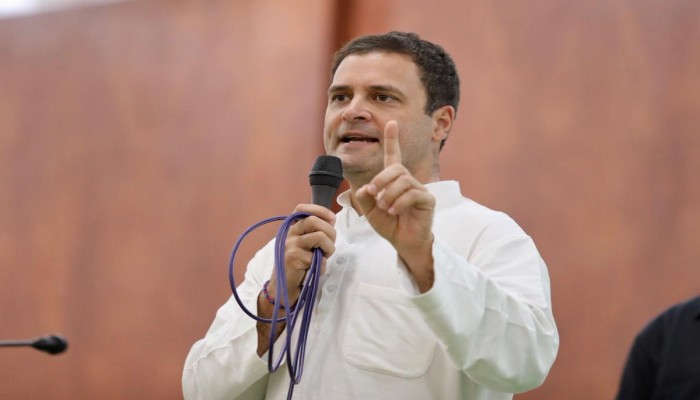 I couldn’t help but notice how not a single Indian English media publication bothered to do even a single investigative piece of Rahul Gandhi’s continuous and absurd allegations on the Rafale Deal. In my opinion, that itself was a big give away that there was no scam involved. Because basic investigation would have revealed that Rahul Gandhi has lied again and again, in Parliament and outside. Publishing news that shows Rahul Gandhi is extremely poor light is highly detrimental to their agenda of bringing down the Modi Government, and therefore they have stayed away from questioning the government.

The best way to make my case is to cite the editorial, “The plane truth”, from The Hindu on September 24th, 2018. The Hindu is also a good example to cite because of their pivotal role in bringing out the actual Bofors scam. Given how they have a proven record of investigative journalism, one would have expected them to investigate deep into Rahul Gandhi’s lies. Instead, they make a startling claim.

“… the clarificatory statements issued — by the Centre, the French Foreign Ministry and Dassault — did little to clearly address what Mr. Hollande had said.

But what did Mr. Hollande say? We don’t have to search elsewhere, because the editorial gives us an insight into the same – “…it was India that suggested the Anil Ambani-owned Reliance Defence Ltd. as the offset partner for the deal.”

Serious charge indeed! To which all the involved parties issue separate statements (All of them captured in the article here). Dassault saying that Indian government had no role. Indian government reiterating that they had no role in Dassault choosing any partner. French government saying that this was a government to government deal – every one of them has reiterated oft stated positions. Every single statement has directly contradicted what Mr. Hollande has said. Leave all these – even Mr. Hollande has told an agency AFP that he isn’t aware of any pressure on Dassault.

Amidst all this – why does The Hindu think that the clarificatory statements did “little to clearly address what Mr. Hollande had said”? They go on to repeat the question yet again:

“But all this merely begs the question: did the Centre suggest a partnership with Reliance Defence as Mr. Hollande said?”

I am still trying to understand the question! The Centre has said NO. Why does it “beg” the same question again and again? Is The Hindu expecting an answer they want to hear, and will not accept any other answer? Because they continue their tirade.

“Also, if so, what form did it take? A firm nudge in that direction? A quiet whisper in someone’s ear?”

If so? The answer is already a NO. Language such as nudge and whisper may make for good dramatic reading but is no substitute to hide the glaring agenda peddling happening in the garb of news! The tirade doesn’t stop

“Who suggested to who? And when?”

When the clarification reads an emphatic NO, why this constant barrage of irrelevant questions? Why doesn’t The Hindu don the role of investigative agencies and grill Mr. Hollande on his alleged claim? But since a result of such a work will put Rahul Gandhi at a loss, The Hindu is merely happy with telling us that “It remains to be seen whether Mr. Hollande will now choose to complete his half-finished remarks to the French investigative website.”

The allegations have persisted because Rahul Gandhi continued to invent lie after lie, and you folks found extraordinary pleasure in parroting all those lies. Your suggestion that “private briefings to Opposition leaders and the disclosure of all information that doesn’t jeopardize national security or impact the aircrafts’ operational capability are good starting points” is really amusing.

Amusing because do you really think the likes of Rahul Gandhi will stop peddling lies even after being briefed? Have you not heard Rahul Gandhi demand that every single point that will jeopardize national security be made public, so that our enemies know what exactly we are buying? Rahul Gandhi has persisted with the Doklam lie even after signing a report that said government did a good job with Doklam – yet The Hindu miraculously believe a private briefing to him will do a world of good!

Every single allegation was responded to, by the government. Counter questions were posed to Rahul Gandhi, and he just did not bother to respond to them. Instead of calling him out for his chicanery, The Hindu senses an opportunity to further his demand for a “Joint Parliamentary Committee”!

Amidst all this clutter, it is social media that rose to the occasion. Various articles have given us detailed explanations of the deal and easy to understand explanations of the allegations. The mainstream media meanwhile is searching for that elusive headline from their leader.