Rafale is NOT a Scam. There is plenty of evidence that suggests that, but Rahul Gandhi is on his own tangent. 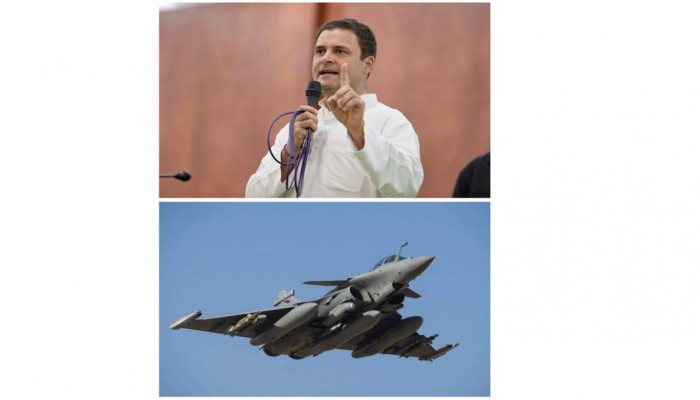 This piece is in the reiteration of the previous post where this author decoded the India-France G2G Rafale Deal, detailing "Why It Is Not A SCAM."

But the opposition parties, led by Congress President Rahul Gandhi and their vile media cronies are continuously and severely indulging in mudslinging and are trying to blame the government for a "contrived Rafale-Scam." The method is the same which Rahul Gandhi seems to be gaining expertise in. i.e., lies, falsehood, lies, falsehood and some more lies and some more falsehood.

He plays this to his gallery of people with prejudice and it does not seem to be settling anytime soon.

A day before, an article with an explosive allegation was published in MediaPart, a French Media, quoting/misquoting the former French President François Hollande which contradicted the Indian government.

According to him, Anil Ambani (Reliance Defence) was not chosen by Dassault: "We didn't have a choice. "We took the "partner" (Reliance Defence) that was given to us," the ex-President was quoted. Link: En Inde, François Hollande s’invite dans l’affaire des avions Rafale.

The most disturbing part of this entire new development is that Rahul Gandhi could predict it 3 weeks before. This is what he tweeted on 30th August.

Globalised corruption. This #Rafale aircraft really does fly far and fast! It's also going to drop some big bunker buster bombs in the next couple of weeks.

Globalised corruption. This #Rafale aircraft really does fly far and fast! It's also going to drop some big bunker buster bombs in the next couple of weeks.

Modi Ji please tell Anil, there is a big problem in France. https://t.co/tvL7HMBPFN