WTA announces suspension of all tournaments in China over Peng concerns 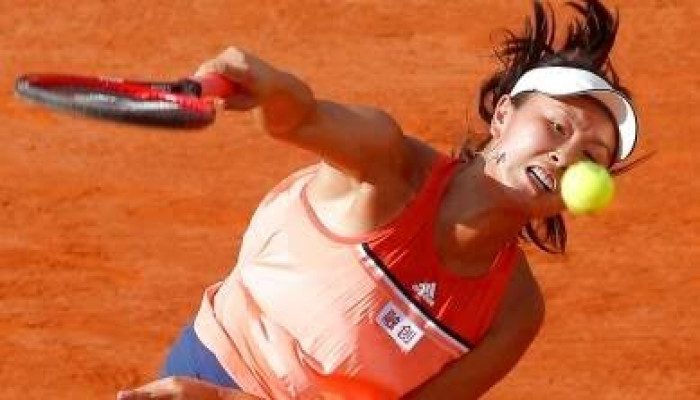 The Women's Tennis Association (WTA) on Wednesday announced the immediate suspension of all tournaments in China due to concerns about the well-being of former doubles world number one Peng Shuai and the safety of other players.

The U.S.-headquartered tour's decision to walk away from one of its biggest markets was applauded by many leading figures in the tennis world but could cost the WTA hundreds of millions of dollars in broadcasting and sponsorship revenue.

The decision comes as Beijing is preparing to host the Winter Olympics next February. Global rights groups and others have called for a boycott of the Beijing Olympics over China's human rights record.

WTA chief executive Steve Simon said in a statement, “If powerful people can suppress the voices of women and sweep allegations of sexual assault under the rug, then the basis on which the WTA was founded – equality for women – would suffer an immense setback. I will not and cannot let that happen to the WTA and its players.”

He continued, “As a result, and with the full support of the WTA Board of Directors, I am announcing the immediate suspension of all WTA tournaments in China, including Hong Kong. In good conscience, I don’t see how I can ask our athletes to compete there when Peng Shuai is not allowed to communicate freely and has seemingly been pressured to contradict her allegation of sexual assault. Given the current state of affairs, I am also greatly concerned about the risks that all of our players and staff could face if we were to hold events in China in 2022.”

He added further, “Unless China takes the steps we have asked for, we cannot put our players and staff at risk by holding events in China. China’s leaders have left the WTA with no choice. I remain hopeful that our pleas will be heard and the Chinese authorities will take steps to legitimately address this issue.”

Peng's whereabouts became a matter of international concern following a nearly three-week public absence after she posted a message on social media on 2 November, alleging that China's former Vice-Premier Zhang Gaoli had sexually assaulted her.

Peng wrote in her removed post, in part, “I know that to you, vice minister Zhang Gaoli, a person of high status and power, you’ve said you’re not afraid. With your intelligence, you certainly will deny it or you can even use it against me, you can dismiss it without a care. Even if I’m destroying myself, like throwing an egg against a rock, or a moth flying into a flame, I will still speak out the truth about us.”

Neither Zhang, who retired in 2018, nor the Chinese government have commented on Peng's allegation and the topic has been blocked from direct discussion on China's heavily censored internet.

The ministry said late last month that "certain people" should stop the "malicious hyping" and "politicization" of the Peng issue.

However, a number of Chinese businesspeople, activists and ordinary people have disappeared in recent years after criticizing ruling Communist Party figures or in crackdowns on corruption or pro-democracy and labour rights campaigns.