Why does the English media not ask Arvind Kejriwal hard questions on his ridiculous claims on EVMs? 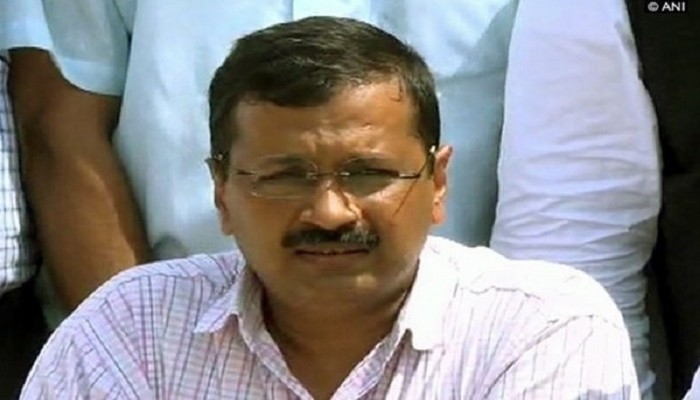 There is nothing worthy to note about in Arvind Kejriwal’s interviews these days. The same old ranting, the same old dislike towards facts, and the same old abuses. So when two recent TV interviews of him happened and were marketed as “exclusive”, I couldn’t help but laughing out loud. Am sure a lot of people wouldn’t have even bothered to watch them.

Today (April 19th), The Hindu published an interview with him. At first, I was not too keen to read through the interview. Then I read their editorial “Lines of Defence”, which asks the central government to immediately release funds to the Election Commission so that EVMs with VVPATs are deployed for the 2019 elections – “something that will hopefully put a quietus to the controversy.” The “controversy” erupted with those who lost elections

The editorial says nothing about the fact that in the recent Goa elections, EVMs with VVPATs were used in all the 40 constituencies. And then I thought to myself – let me check if they pointed out this fact to Arvind Kejriwal and had some hard questions to him.

Q: What lessons have you learnt from the Punjab and Goa elections?

A: The lesson that we have learnt is that something has to be done about EVMs… We couldn’t have lost the elections in Punjab.

Q: So you are saying it was a rigged election?

A: It was a completely rigged election. Three States, U.P., Uttarakhand and Punjab, all three have been very badly rigged.

Q: Do you have any evidence?

A: All the things that are coming out now. There are some villages in Punjab [where] 15 [AAP] volunteers each have been working for the past six months and where we have got just two votes.

The question was about both Punjab and Goa elections. Kejriwal happily sidestepped Goa and went on to say that elections were rigged only in three states – Punjab, UP and UK. And what is the evidence he offers? That his own volunteers (whom we have never heard of) have complained.

What does The Hindu ask next?

Q: Will you be contesting elections in Gujarat, Rajasthan and Madhya Pradesh?

Do you see how hard-hitting this interview was? There is zero mention of the fact that all 40 seats in Goa used EVMs with VVPATs. S.Y.Qureshi even told us on twitter that a recount was requested in 4 stations, and the EVM count matched with the paper votes.

No mention about the fact that 8 seats in Punjab and 20 seats in UP have had EVMs with VVPATs. No mention of the fact that a total of 276 constituencies so far have used EVMs with VVPATs. How do I know all these, when the learned The Hindu is not giving me this information? The regional Telugu media has been forthcoming and educative on this front.

Merely because people holding responsible positions are indulging in rank irresponsibility, this English media is putting the onus on the accused and not the accuser. It is one thing for people like Kejriwal to rant away, but what explains the amplification of these rants by the English media? Gross incompetence? Or the 526 crore ad budget?