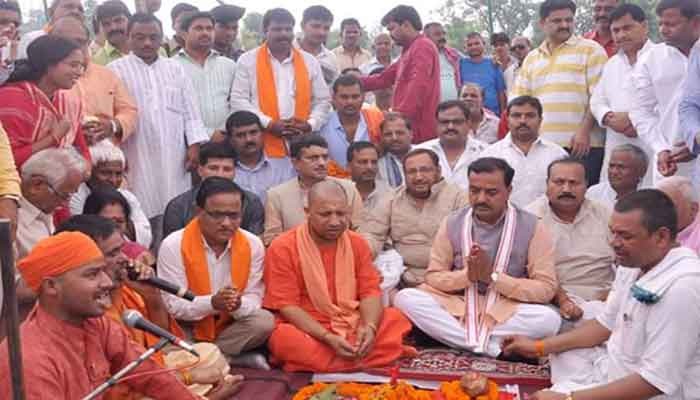 There are many reasons as to why Hindu leadership terrifies South Delhi News rooms. Particularly, conceptual ones. One, is that Hindu ideas don’t have a place of dignity in Western frameworks.

So why should this rattle South Delhi news rooms[1]?.

Because, they must change! Or face oblivion!

The nervousness showed this morning. Both in published articles as well as on Twitter.

The Times of India published a poll on its online edition, asking people to vote on Yogi’s ability to govern[2]. The Hindustan Times published a list of 10 controversial comments made by Yogi[3]. Following the footsteps of South Delhi journalists, eager not to be left out, The Hindu explains that Yogi represents a “hard Hindutva face”[4] (This list is by no means exhaustive.)

On Twitter one can see the emotive side of these journalists.

Here is an example of elitist disdain:

An example of raw anger:

Whether an “indictment” or not, “fringe” or no-fringe, the fact remains that Yogi, a 5-time MP, enjoys an enormous degree of support from the people of that region. Now he has been given a chance to govern. He needs to be allowed that chance to perform.

But the interesting point, that I wish to elaborate on, is the disdain, the anger and the general concern of South Delhi journalists. The disappointment that the public sentiment and political events are not shaping up according to the expectations of these journalists, who clearly favored the opposition.

Social media abounds with speculation on why this happens. Amidst abusive language and choice adjectives Tweeples have explained for a long time now, that these journalists are bought and paid for. Unless proven in a court of law, I will refrain from ascribing any such guilt to these professionals. For, everyone has a right to their dignity.

Given this rather positive view, what might explain the South Delhi journalists’ disconnect with the Indian population? How is that they generate and propagate ideas that are so alien to Indian concepts? Where do these ideas come from? Knowing the answers to this question can help become informed citizens of New India. There are several plausible explanations, but for now, one of the answers involves knowing something about European history.

The Rise and Fall of Religious Leadership in Europe[5]

The Catholic Church rose as the single largest religious and socio-political entity in Medieval Europe. Its humble beginnings[6] started during Antiquity (Roman era), with the conversion of Roman slaves to Christianity. Deeply resisted by the polytheistic Roman society, Christian slaves were often persecuted. However, the Catholic Church sustained through those difficult times. It achieved a supreme status in Europe with the conversion of the Roman Emperor, Constantine the Great (306-337 CE), to Christianity.

With the fall of the Roman Empire (476 CE) Europe entered the Medieval Age. Local religions across Europe were overpowered by the Catholic Church’s powerful organizational structure and missionary activities. Eventually, the Catholic Church became the single, if not the only, dominant entity that produced and promoted knowledge, especially religious and social knowledge. It’s power over religious, social and political life was absolute. Power was exercised in the following ways: (1) the Church projected itself as the single authority that could decide who goes to Heaven and who goes to Hell (2) it imposed taxes (called tithes, which was 10% of earnings) on its followers; those who failed to pay could not go to Heaven (3) it accumulated vast amounts of land, often donated by wealthy followers in the hopes of having an assured place in Heaven (4) the Bible was copied by hand, by monks, never shared with the general public, so spiritual knowledge and education was kept a secret closely guarded.

Soon, the Catholic Church, with its huge resources of land, grain and wealth became an arbiter of political disputes in Europe. Before long, monarchs began to look to it to settle disputes between them. This is how religion got mixed into politics in Medieval Europe.

But power corrupts and absolute power corrupts absolutely. The Catholic Church was no exception. It brooked no dissent. Detractors and dissenters were mercilessly punished. Under the name of “Inquisition” it sanctioned heinous punishments that involved all sorts of torture, including the burning of people at the stake.

Protestantism, as a dissenting view among Christians developed through these difficult times. The Catholic Church, with its great intolerance for rival factions, went to war with Protestants. Although it was waged for religious reasons it gradually came to encompass political reasons as well. Known as the Thirty Years’ War, this religious clash led to peoples’ disillusionment with the Catholic Church and religion in general.

Around the same time, new discoveries and inventions began to spring up. The Gutenberg Bible, or printing of the Bible on a mass scale, began in the 15th century. This was an important factor that weakened the stronghold of the Catholic Church by making the Bible available to the masses. This also began the era of printing press that enabled ideas to be shared widely.

A whole slew of scientists emerged soon after. Nicolaus Copernicus (1543; Heliocentric theory), Tyco Brahe (1570s; observations that constituted astronomy), Johannes Kepler (1609-19; Laws of Planetary Motion), to name a few. Their contributions were important on many levels for science; however, their greatest significance was that they were able to successfully establish that knowledge, particularly material knowledge, is not God-ordained and that the Catholic Church was quite wrong on many counts!

These events combined with the consistent mistreatment at the hands of the ruling class and the Catholic Church eventually led people to break away from the grip of both elitist and religious leadership. The people were more accepting of ideas from discoverers and inventors; thus, was born the Age of Enlightenment or the Age of Reason.

Key ideas that emerged out of the Age of Enlightenment are - (1) knowledge is best gained through application of reason, not through belief, as the Catholic Church taught (2) the methods used to gain such knowledge were recorded and shared with others who might want to replicate it for themselves, where possible; this was the beginning of empiricism (3) the notion that the Church HAS to be separated from the State (i.e., politics) to avoid calamities like the Thirty Years’ War, corruption and other acts that were socially harmful.

It’s important to understand this piece of history to fully understand Secularism, Liberalism etc., which I will explore in later writings.

Relevance of the Age of Enlightenment to South Delhi Journalism Today

The success of scientists was more than just advancement of science. It was an act of resistance against the Catholic Church. So, resistance to religious authority is revered even today, as a powerful tool of social progress. Little wonder that the Western public sphere remains skeptical of religious authority. Therefore, American intellectuals have a reason to be empathetic toward those who seem to want to break away from the shackles of religion in their respective countries.

So, our journalists resist. They resist, knowing well that Hinduism does not have parallels with the Catholic Church. There is no organized structure, no one seat of power, no one book and no single way to the Divine. Assuming a lack of covert motivations, they don’t seem to have original ideas about how to apply Western wisdom to the Indian context.

A second reason, that Indian ideas of resistance find favor among American media (could be other countries in Europe as well, I don’t have data), is that the American sense of superiority is enhanced when they encounter stories about terrible events in other countries, both real and otherwise. As far as India is concerned, they have a good appetite for stories of oppression by the caste system, oppression of women, the issue of untouchability and all the other negative stereotypes a modern Indian mind is far away from. Recognizing talent or merit in other countries, particularly non-European countries, is typically uncomfortable for American media. So, our journalists, of colonized minds, gladly feed their psyche for a proverbial pat on the back.

But India is changing. New India is being envisioned without the constraints of colonial ties, thanks to home grown intellectuals with original ideas. A culture of aspiration is actively promoted, integrity in public life is starting to look believable and suddenly it feels completely OK to not play by the rules of the West.

South Delhi Journalism is starting to look like a misfit in this scenario. Getting into escalated Twitter wars is not going to help the cause. We need fresh thinking. So the question in the Times of India poll quoted at the beginning - “Do you think Adityanath will deliver on PM Modi’s development agenda of Sabka Saath, Sabka Vikaas?” is not the important one. “Can South Delhi Journalists change their ways?” is a much more pertinent one.

[1] The term South Delhi Journalism / News Rooms, is a reference to a mindset that chiefly evolves from the news rooms of South Delhi, Lutyens’ Delhi and surrounding areas. Thanks to a Tweep (@bhaskard1949  Mar 12, 2017) who made me think about clarifying it (I used the term in a previous article).

5 All these facts are well known and common knowledge to anyone familiar with Western/European history so specific references are not provided as there are too many of them. Online searches can provide additional information for those interested in seeking them.

6 The Catholic Church as an entity is different from Christianity as a whole; it does not represent all Christians as is evidenced by its later branches such as Protestantism, Pentacostalism etc. 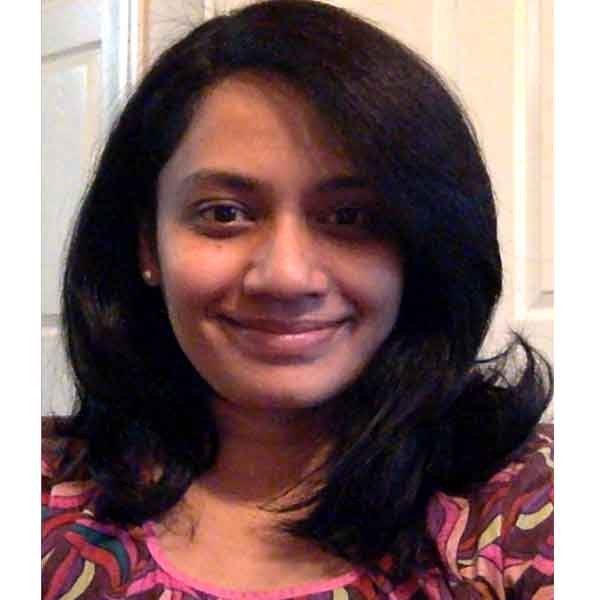