Who will protect us from Judiciary that goes Overboard? 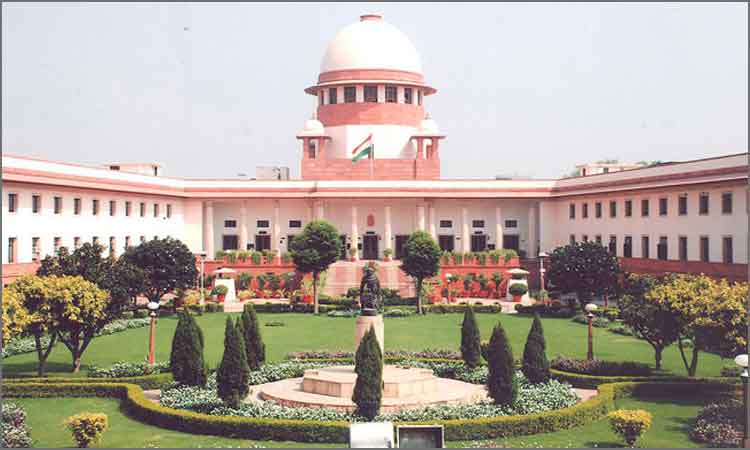 It is very unfortunate that recently we are witnessing the increased instances of judicial activism by our Courts, in particular on the cultural and religious practices.

To be precise, "judicial activism" is when our learned judges substitute their own political opinions for the applicable law, or when they act like a legislature rather than limiting themselves to the powers traditionally given to the judiciary. In other words, Judicial activism is when the courts do not confine themselves to reasonable interpretations of laws and limit their ruling to the dispute before them, but instead, push to create the law or establish a new rule to apply broadly to issues not presented before them.

Let me clarify that the Judicial activism should not be confused with the courts' constitutionally mandated rule enforcing limitations on the government's power and preserving the Constitutional structure of government, as they are usually supposed to do and have done on many occasions. Judicial activism can occasionally have a positive impact. Although sometimes the effects are clearly desirable, it can typically be better achieved by other methods. There can be a public debate; it can be discussed by the legislature and could well be accomplished by the proper democratic process.

Judicial activism necessarily is not an ill omen. I recall the decision of the Allahabad High Court in the year 1975 when the Court entertained a PIL filed by Raj Narain alleging Indira Gandhi of electoral malpractices. The court thus ordered her to be stripped of her parliamentary seat and banned her from running for any office for six years and effectively removed her from the office. That was the need of the hour. When the executive disregards the basic democratic principles, the Judiciary must flex its muscles.

A couple of months back, President Mukherjee also cautioned our learned judges against the perils of 'judicial activism' saying that "the equilibrium in the exercise of authority must be maintained at all times, and self-restraint should be used when confronted with such a situation." Maintaining that the Constitution is supreme, President Mukherjee said: "each organ of our democracy must function within its own sphere and must not take over what is assigned to the others."

But unfortunately, judicial activism today is a way for liberals and the academia to avoid the regular legislative means of enacting laws to ignore public opinion and dodge public debate.

A day before the Chief Justice of India was heard "critiquing" the Prime Minister's independence day speech, which certainly amounts to gratuitous judicial activism. But I am not amused, for the fact that it was uttered outside the Court premises.

But I wish to keep my focus on the particular angle of this newly growing phenomenon that amazes me the most. In the recent past, we are witnessing the unfortunate Judicial Activism of Courts on the Cultural & Religious Celebrations of the Hindu's. The list is endless. Be it the 'Right to Pray', the Jalikattu celebrations in the south, Magh-Bihu in the northeast, Navratra in the west, waterless Holi, or the very recent proclamation on Dahi-Handi celebrations.

It is very discomforting to witness that the judiciary is going berserk in attacking Hinduism, its rituals, practices, and symbols. In my honest opinion, the judiciary has no business interfering religious practices. And if one religion falls within the judicial review, all others must also be within its range. Don't attack one by turning a blind eye to the other.

Honestly speaking I do not have any personal knowledge or view on the Jalikattu celebrations. I had never heard about it before the controversy arose. But it is the hypocrisy and uncalled for activism of the Courts that is appalling. Look at this photo below how the participants treat the bulls during Jalikattu and decide for self how it amounts to cruelty. It is not surprising that our pseudo secular activists and the associated establishment see this as torture, but how does the wisdom of our Courts concur?

The Jalikattu celebration in Tamil Nadu

Certainly, the risk to life, if any, is more of the bare-handed men than the injury to the bull. There had been a few rare instances of people dying during the Jalikattu celebrations, but has there been even one case when a bull got killed? Not in my knowledge, and I am willing to stand corrected, if I missed it.

I don't know much about this tradition and its origin and I am also unaware, how passionate the people who celebrate it are about it and its need. But I certainly know that we surely need the system, the establishment, the courts, and a narrative free from "anti-Hindu bias." Even for the extreme reasons, we agree with its ban, then ban all animal cruelty; no? In this Times of India report, the Madras High Court refrains from fresh orders against camel slaughter for Eid.

Sacrificed Camel and Bull in celebration of Eid

My lords, please dare to question the terrible, inhumane, barbaric camel, cows and goats' sacrifices. Do you see some cruelty here or no?

Immediately after the Supreme Court imposed a ban on Jallikattu from Tamil Nadu, the pseudo secular establishment cried over Buffalo fight in Assam. The previous Congress Govt. of Assam followed suit and directed officials in all the districts to ensure the prohibition of buffalo fights, bulbul fights, and cockfights during the Bhogali Bihu or Magh Bihu (celebrating abundance in the plant and the animal kingdom). It is bizarre. How come one arrive at the "right" way of celebrating a folk festival? When we call it 'folk,' we already imply at a community formation with its own static and dynamic rituals.

Here, after the unfortunate incident, the Kerala High Court decided that a special session needed to be held on whether to ban fireworks at temples instead of expediting the trial and booking the perpetrators. So the next time if there is a stampede in a Temple, I am unable to comprehend what the lordships would suggest banning. Visiting the temples, probably.

Remember Trupti Desai, the gender equality activist of the Bhumata Brigade, and how she forcefully stormed her entry into the Shani-Shignapur temple? Because the Honorable Bombay High Court said: "allow women entry to temples."

Fine. In less than ten days time, the Shani-signapur temple lifted the ban on women's entry. But this is how the same Bombay High Court commented on the Haji Ali case:

"This is an era of intolerance. When it comes to religious matters, people become very sensitive. This is why we normally do not interfere," said Justice V M Kanade.

Fair enough. What amazes me is how this sense of judgment did not hold for Shani-Shignapur or Jalikattu or Magh Bihu? Apparently, the same Trupti Desai, entered Haji Ali & went "until point where women are allowed to go" & offered prayers. Well done girl!

And now, the honorable Supreme Court has banned minors' participation in the Dahi-Handi celebration and also capped the height of the pyramid at 20 feet. Report.

How does Supreme Court decide the height of the human pyramid that it can't be above 20 feet and that only 18 year plus old can participate as 'Govindas' in the Dahi-Handi festival? The whole idea of this festival is to emulate Krishna who 'as a child' smashed the pot to have butter, isn't it? My Lord, for lord's sake, the college and office going men are not Govindas, the small kids are who practice for this for months in their neighborhood.

On a simple Google search on how tall human pyramids are made world over, this is what appears. 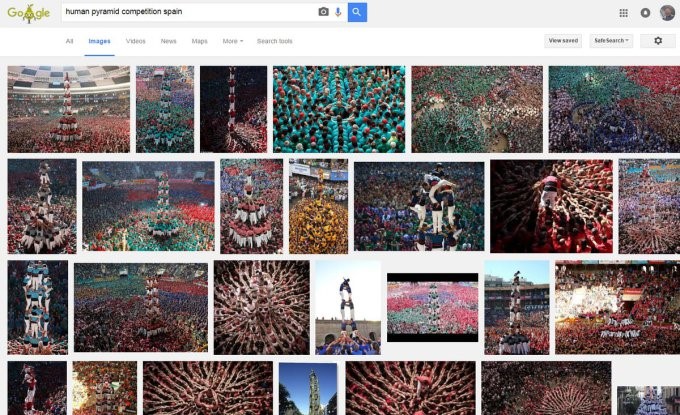 But instead of being worried about millions of pending cases in the courts, our learned judges are worried about the Hindu kids' possible injuries during the Dahi-Handi celebrations. My lord, why so biased against Muslim children? Does the Lordship have even an iota of knowledge how many small kids brutally hurt themselves during the 'Muharram Juloos?'

Small children observing matam by beating self during Muharram

How come then it becomes 'an era of intolerance' and the wise men prefer not to interfere in the 'religious matters?' Are you my Lords scared of the ruckus that the secularists create on every such instance?

Why give a free pass to Jamait-e-Ulema-e-Hind in matters of Muslim women' oppression? When a PETA activist raised voice for a "bloodless Eid' the same secular voices demanded that the PETA activist is handed over to them among shouts of "balatkar karo iska" and "Islam ke upar jo haath uthaayega, usko phaad denge!"

My Lord, it is your Court that defined 'Hinduism' as a way of life and not a religion governed by any book or scripture. Its traditions and rituals keep it alive, though, they evolve with time. But if one bans the traditions, it loses its soul. The pseudo secular establishment is dismantling and shaming Indian civilization's traditions bit by bit. Remember that the function of religion is faith and to dictate rationality is not completely wrong, it is utterly oppressive and by design engineered to wipe out that religion.

It is so sad and unfortunate to see that when Hinduism is under constant demographic attack, the Courts are openly assaulting the faith by reducing this polymorphic religion to a bunch of absurd myths. The rest is being taken care of by the seven decades of appeasement politics and systematically disarmed by the Government's discriminatory temple controls.

It is utterly sad to see that we are living in an era where the Courts give a yearly event like Dahi-Handi more importance than everyday Gang Rapes. The judiciary's to-do list is missing the sense of priority. Please get over your obsession with Dance Bars, Cricket (BCCI), Pot-holes and the selective, biased sermons on religious practices by Hindus.

In fact, the previous UPA Government with its policy paralysis gave judicial activism a boost. Now after that, the lordships are fighting for supremacy with the government. However, in the exercise of powers by the judiciary, the only check possible is self- restraint and self-imposed discipline by the judiciary itself.

To maintain the faith and confidence of people in the court, the role of the judiciary is always sacrosanct as an upholder of the rule of law and enforcer of the right to liberty.

The Lordships need to draw a Laxman-Rekha and put all energy into concluding all the pending cases, and give the poor citizens some respite by delivering accessible, affordable and quick justice and help maintain the social order by swiftly and effectively dealing with those on the wrong side of the law.

First, finish the homework, then go out and play!