While the world is battling COVID, Chinaâs policy of Wolf Warrior Diplomacy and Economic Coercion continues 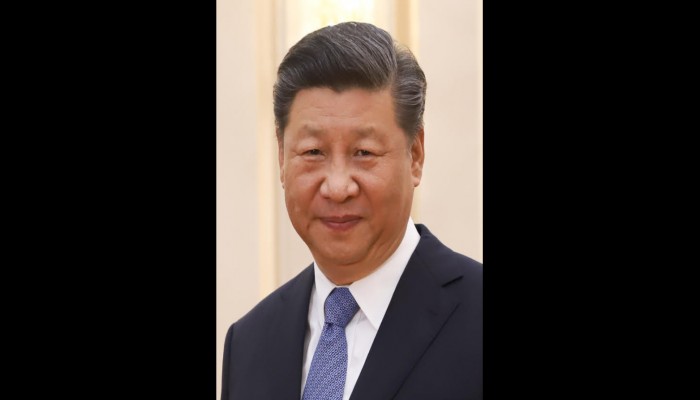 Firming up claims of successfully handling the Corona outbreak, China began actively pursuing its global ambitions. Leveraging confusion and distraction in the wake of Corona pandemic, China began aggressively asserting its geostrategic policies through unabated manoeuvring and intrusions into Indian Ocean. Even renaming of the reclaimed territorial features in the South China Sea (SCS) hasn’t escaped the attention of analysts. Fighting the Corona on one hand, nations are exercising extreme alacrity to ward off China’s ambitious penetrative encroachments. While Chinese military has been working round the clock to exploit the situation, its media wing has been swiftly carrying a favourable narrative propaganda of the Middle Kingdom touting it as the first global responder in the times of unprecedented health emergency.

Nations have been calling the bluff of the China’s fictitious media propaganda and rejecting defective and substandard Chinese-made medical supplies. Wary of Middle Kingdom’s burgeoning economic heft, countries eschewed an appeal for a collective investigation on Corona outbreak. Castigating all attempts to seek accountability tantamount to “racism and scape-goating” China’s dodged investigations as evaded scrutiny. Even the P5 countries dithered to evolve a consensus over the Corona issue.

Highlighting China’s attempts to exculpate from the pandemic, Australia’s The Daily Telegraph’s hilarious piece3 mirrored brewing public anger. China’s exuberant charm offensive and overdoses of its servile media propaganda has only fanned the suspicions of people. At least six class action law-suits were filed against China in the US courts seeking damages from China for the irreparable damages caused by the Covid-19 since March 13th 6. German newspaper Bild demanded $165 billion as reparations from China 5. Nigerian lawyers filed a class action law-suit seeking reparations to a tune of $200 billion from China for Covid-19 damages 4. While the class suits are likely to be dismissed in courts since countries enjoy legal immunity, the underlying message seems to be a demand for accountability. Teeming number of class suits and open rebuke is a testimony of growing public backlash towards China.

While Chinese media is working overtime to uncouple Beijing from the pandemic, truculent, aggressive and acrimonious tweets of the Chinese diplomatic corps through its preposterous conspiracy theories have been undoing media’s whitewashing of Middle Kingdom’s crimes. “The Wolf Warrior Diplomacy” (derives its name from the nationalistic blockbuster movie, “Wolf Warriors”) of Chinese envoys replete of hyper-nationalism coupled with brashness is turning public hostile and circumspect about their motives.

Alongside the carefully crafted mask diplomacy, China’s current crop of rancorous diplomats are vociferously countering the countries which have complained of defective masks and kits. Attempting to rebrand itself as a global humanitarian, China suggested that it was donating the medical supplies. But in reality, China was reaping profits, beefing up the prices of life saving medical supplies. With global production centres coming to a grinding halt, countries turned to China to meet domestic requirements of essential medical equipment. Chinese supplies to countries turned out be defective, kits were unreliable. When countries criticised China for supplying poor quality stuff, turning tables around, instead of pledging to investigate the issue, China accused the users.

Spain, the Netherlands demanded refunds for the shoddy supplies. Slovakia, Turkey, France, Australia, Britain, the US too faced similar issues. Georgia cancelled orders for kits. Chinese envoys, in smaller countries made condescending protests and forced them into silence. Subsequently, Malaysia moved away from China and placed fresh orders with South Korea 7. China Communist Party (CCP)’s mouth piece, blamed India for mishandling the kits when India reported about serious inaccuracies of the Chinese kits. Chinese counsellor lashed out, “It is unfair and irresponsible for certain individuals to label Chinese products as faulty and look at issues with pre-emptive prejudice”10. India subsequently cancelled order for 5 lakh kits.

Irked by China’s bullying tactics, twitter users from Thailand, Hongkong, Taiwan gave a call for Milk Tea Alliance (because of their collective love for tea) against Chinese nationalists mindlessly defending its country’s handling of Corona outbreak8. Criticizing the Chinese authoritarianism, the alliance lent support to pro-democracy and pro-independence movements in Hongkong and Taiwan respectively.

Corona outbreak has stumped complacent nations which paid heavy prices in terms of loss of live and severe economic downturn. The First World is now scrambling hard to contain the death toll. Ravaged by the pandemic, the US disappeared from the coveted global position of offering leadership. China stepped up the game by launching soft power inducements to advance long term strategic ambitions. Trumpeting China’s rising global influence strategic analysts, even termed the Corona virus as another “Suez Moment” and predicted a larger international role for China 11.

Contrary to the conjecture, countries are seeing through China’s subterfuge, deception and evasion. Avoiding a direct confrontation with China, Japan the host for 2020 summer Olympics which incurred devastating economic losses due to Corona outbreak, announced an economic stimulus package of $2.2 billion for companies to relocate from China 8. Alluding to WHO’s complicity in the spread of Corona virus, miffed Japanese Deputy Prime Minister Taro Aso called it a “Chinese Health Organisation”9.

Sweden’s ties with China strained after Beijing detained Chinese-born Swedish book seller Gui Minhai in 2015 for voicing concerns about suppression of Freedom of Expression in China. The animosity deepened as Sweden continued to openly object China’s authoritarian practices.  Notwithstanding, Chinese envoy’s repeated attempts to stifle its voice, Sweden held its ground and banned all Confucius institutes last year. In the wake of Corona outbreak, it closed all Chinese classes and annulled the twin city agreement with Shanghai 1. Overwhelmed by looming economic recession and concerns of China’s debt trap diplomacy, a miffed, Tanzanian President John Magufuli cancelled Chinese loan worth $10 billion for Bagamoyo port construction 2 in the wake of Corona pandemic. As opposed to the restrained condemnation of bigger nations, despite the economic pressures, smaller countries have been openly critical of China.

After halting funding to WHO, calling it “pipe-organ of China”, eyeing a re-election, President Trump intensified attacks on China holding it accountable for the pandemic. Upping the ante, Trump sought damages from Beijing for the virus outbreak12. While European nations too made some subdued noises, Australia’s Foreign Minister Marise Payne’s advocacy for international enquiry into the Covid-19 outbreak stood out. Deeming Australia’s appeal for investigation as a witch hunt orchestrated at the behest of America to humiliate China, China’s ambassador to Australia Cheng Jingye threatened of a “consumer boycott” of Australian goods in a telephonic conversation with Frances Adamson Secretary of Australia’s Department of Foreign Affairs and Trade (DFAT). DFAT secretary admittedly assured China “it is not the time for review” but Chinese envoy published the private conversations on Chinese Embassy website the following day. This triggered a diplomatic storm. Australia regretted Chinese Embassy’s unprofessional behaviour. But shifting blame, China contended that Australia might have leaked the contents and that they were simply reciprocating the petty tactics.

Issuing a veiled threat, Chen said, “the Chinese public is frustrated, dismayed and disappointed with what Australia is doing now”13. Implying that this might trigger a boycott of Australian wine, beef, tourism and universities, he warned Australia of an impending economic coercion. While Australian Prime Minister Scott Morrison assured that the enquiry wouldn’t be targeted at China and that he wanted to prevent recurrence of any such pandemic in future. China has miffed.

China is Australia’s largest trading partner and accounts for 26% of Australian trade, worth $150 billion. It is biggest market for Australian wine, beef, iron ore, coal and gas 14. In the wake of Corona pandemic, warned of predatory policies of authoritarian regimes, like EU, Australia has tightened rules on foreign investments and takeovers to safeguard its strategic sectors. To curb Chinese attempts to monopolise rare earth minerals sector, amid the economic downturn, Australia stalled Chinese investments. China’s Indo-Pacific expansionist strategy, heightened outreach with Pacific Islands posed a threat to safe passage of Australia’s trade and dwindled its influence in traditional neighbourhood. China’s ambitious BRI push among the Pacific Island countries sowed the seeds of dissension in Sino-Australian relations. Since 2018, diplomatic tensions between both countries escalated. And ever since Australia began diversifying its trade. Even as Australian trade honchos are bending over backwards to appease China for the fear of losing business, the Labour party too has supported Morrison’s position.

World Health Assembly (WHA) is due to meet on May 17th. Australia which is on the executive board of WHA is expected to rise the issue of enquiry under the agenda of “lessons learnt”15. Australia which has quickly overcome the worst epidemic is seeking the support from “like-minded countries”. Hence China is throwing petulant hissy fits. But Australia stood its ground and Payne said, “Australia has principled call for independent review of Covid-19 outbreak……. We reject any suggestion that economic coercion is an appropriate response to a call for such assessment, when what we need is global cooperation”. With Australia refusing to yield, The Global Times lashed out saying, “Australia is always there, making trouble. It is a bit like chewing gum stuck on the sole of China’s shoes. Sometimes you have to find a stone to rub it off”16. This summed up China’s high-handed approach and dispelled illusionary pretence of being a good Samaritan. After Australia’s refusal to bow down to Chinese pressures, Thai Netizens have now added it to the Milk Tea Alliance.

On the Netherlands national day, the country changed the name of its trade and investment office in Taiwan Island to Netherlands Office in Taipei for convenience 17. Interpreting this move as an attempt to alleviate Taiwan’s global influence and supportive of Taiwanese independence, doubling up diplomatic aggression, China made vague threats of economic sanctions, suspension of trade, supply of medical equipment and people to people exchanges.

With its pugnacious approach, desperation and brashness China is antagonising various countries. The genteel-diplomacy is snowballing into war of words on social media and public sparring. The fierce firefighting of Chinese diplomats is bound to backfire. China is already facing severe flak from African countries for its indifference to growing incidents of xenophobia in the aftermath of the Corona lockdown. Instead of addressing the issue with empathy, China is trading barbs, shifting blame and disregarding the need for greater transparency. The dramatic shift in China’s diplomacy reflective of President Xi’s absolutist tendency is fuelling more distrust. This hard-nosed approach will irrevocably damage China’s global image. 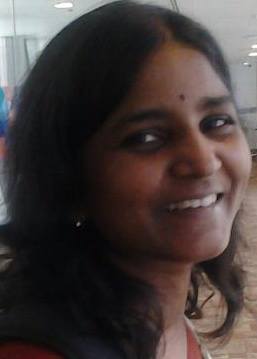