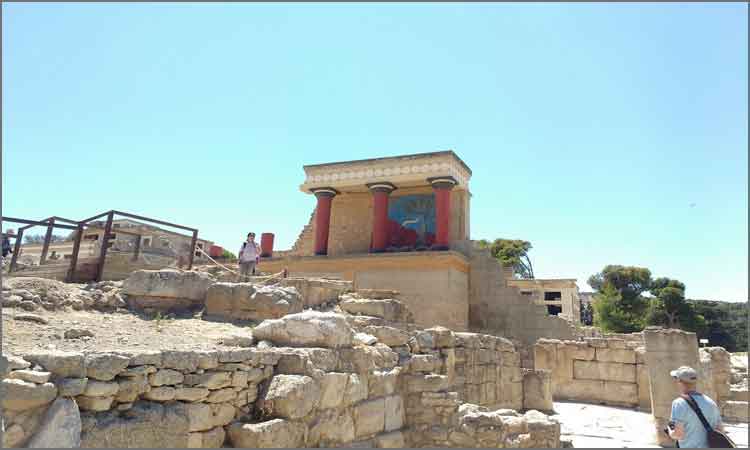 Being the spouse of an academic geek has its rewards. The latest one I got was an opportunity to tag along with him to a week-long Conference hosted by European Congress on Computational Methods in Applied Sciences and Engineering (ECOMAS). They could not have chosen a better venue than Crete islands, Greece where the better halves of the delegates could have their fill of food, tours, wine and what not?

My keen interest in ancient civilizations had excited me about this visit. Coming from the other oldest civilization India, the Crete Islands seemed strikingly similar to home. Could not have asked for a home away from home than this place. But there were many more things that really impressed me. 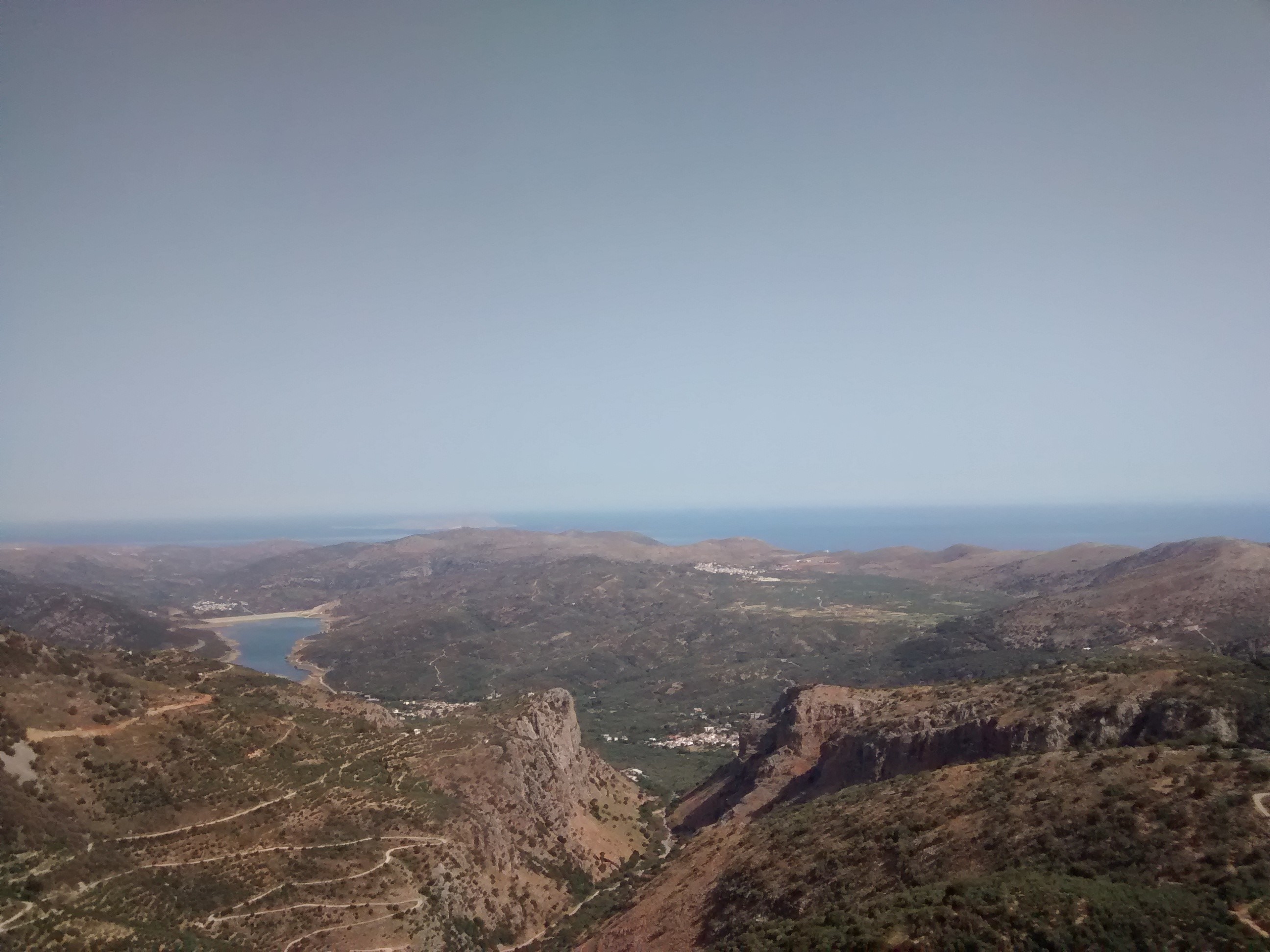 Hospitality. If Atithi Devo Bhava is an Indian belief, Greek hospitality industry is practically living it. My husband and I were the only vegetarians (to my knowledge) in our hotel. The buffet dinner did offer some variety in the vegetarian cuisine. But I was pleasantly surprised when the chef offered to specially prepare a Vegetarian Pasta for us, every night! Not sure how many hotels would go these couple of extra paces in ensuring a comfortable stay.

The guide I met in my trip to the Minoan palace of Knossos (the first picture) was another example of excellence in tourism industry. The lady took pains to keep us abreast of the legends about the founding king Minos, the feared Minotaur and the unforgettable hero, Theseus in the bus before we reached the site. Her knowledge of basic archaeology, related history and her expertise in interpreting the art work of those times was a mix of passion and knowledge. It was a great mix of historical knowledge and story telling that could excite a discerning tourist. I had to grudgingly admit that the tourist guides in India had quite a couple of things to learn from their Greek counterparts. With the treasure house of historical monuments that India has, the government should consider investing in training guides who can narrate the legends and stories with equal enthusiasm.

To my pleasant surprise, Kristine, the guide had made some unconventional observations about India, her passion for ancient civilizations showing in our conversation. While the Knossos excavations were a wonderful ride in time, other places of legendary importance like the Dikteon cave (birth place of the God Zeus according to Mythology) would have done with some beautification. I spoke to Christine to suggest the government to build an ancient temple like structure to help tourism. She sadly pointed out the lack of enthusiasm in native Greeks in preserving the spirit of a structure like a temple. The conversation moved on to forming a civilizational identity. Then was when Kristine pointed out something which stunned me. 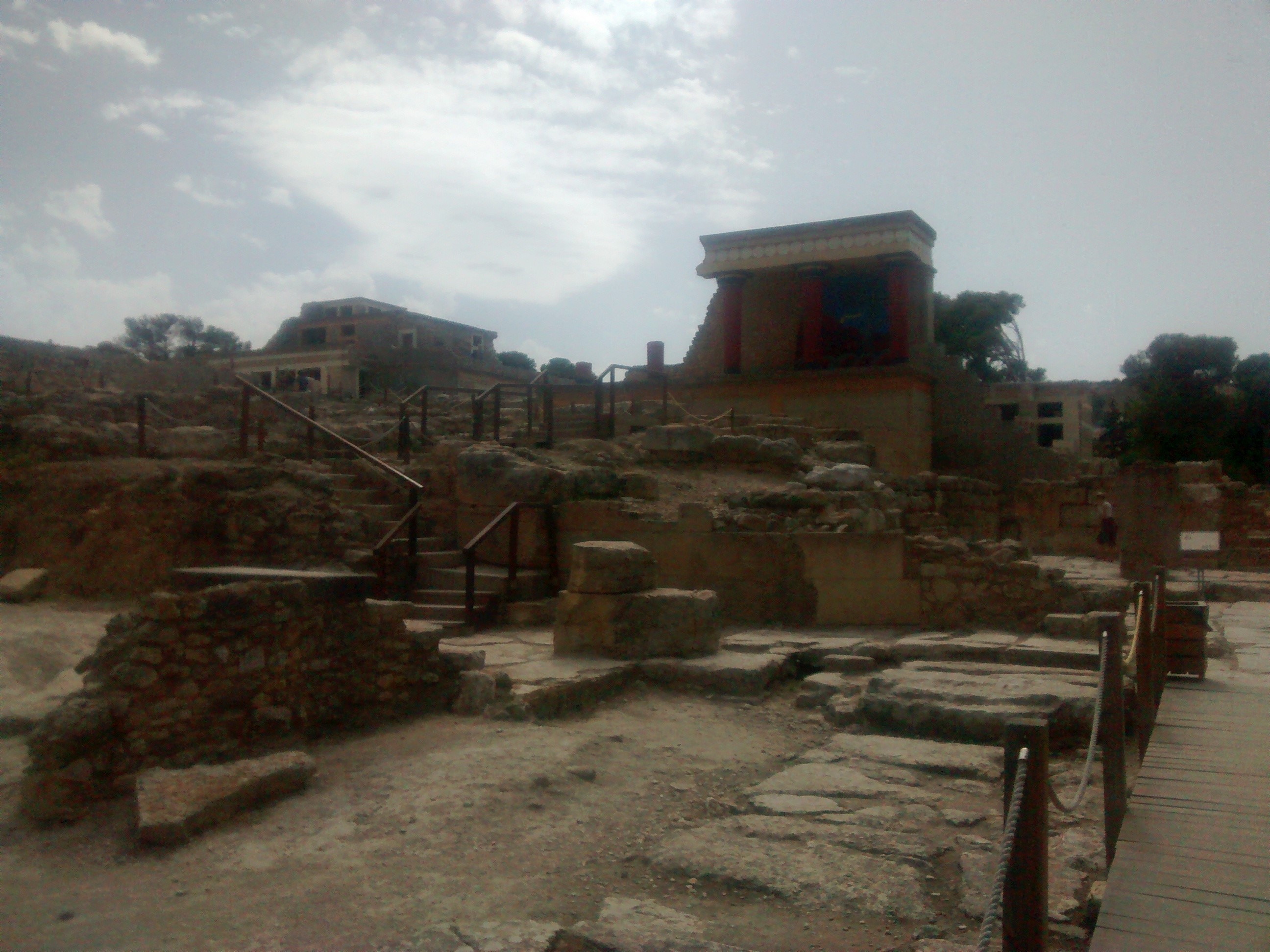 She said she regularly reads up about India and is happy that people in India fight to revert to older names of cities. I told her that attempts to rename cities to their older names are generally scoffed at by the progressives. She replied that resisting to change to modern names shows the love an average Indian has for his/her civilizational roots. Greece instead sought to appease the English speaking western world with anglicized names like Crete for âKritiâ and George for the phonetical equivalent of Yeoryos. To her, the inclination towards a civilizational identity starts there. I could never ever dream that someone from far west would make this kind of an observation about what is understood as a âRight-wingâ call to revert to old names. I got back to the hotel and addressed the hotel staff with the âGreek Pronunciationâ of his name (say âEerakleesâ for Heracles) as opposed to anglicised version. The twinkle in his eyes was something I cannot forget and the hospitality from a staff went up by a notch.

After the conference we visited Chania where the Italian like township was beautiful but the condition of the Synagogue, the only Jewish monument in Crete was sad. Here is where we had a memorable encounter with the ice cream vendor Nikkos, who like other shopkeepers was profuse in praise for India. (My bindi gives it away you know? And yes I enjoy the attention) He noticed the conference bag in my husbandâs hand and asked about his education. It was saddening to hear him vent his anger out at the fact that he was a post graduate forced to sell ice creams as it pays him more than his former job as a teacher.

We had known it as a fact, but when realization hit us that tourism was what worked in Greece and it had no other industry which could employ a post graduate in a job like his counter parts in the rest of industrialized countries do. Greece has its best people in tourism and related jobs. (Explains the quality behaviour in all the hospitality sectors). While the tourists are bound to feel pampered, this is not the state anyone would want to see his or her country in. I could not help a momentary shudder. The city of Hersonissos hosted this conference of 2000+ delegates most of who brought their better halves and some, even children. Summer tourism season was also at its peak. A couple of months down the line, those streets would not look the same without the crowds. 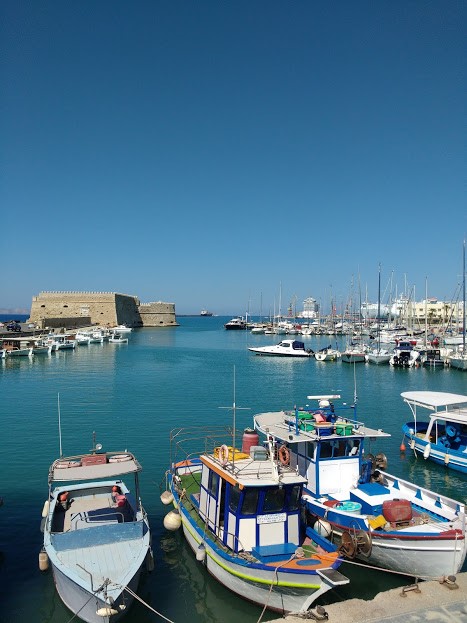 Passing through the breath taking mountainous terrain, bounded by the blue Mediterranean waters, my heart could not help going out for those sweet natured people there. I prayed to Zeus, errr, I mean Indra and the pantheon of old gods and new, that my country preserves its civilizational identity like it has done all the while, that the educated and qualified never feel the lack of jobs that befit them and yes, that the tourism industry of India learns a lesson of hospitality from their Greek counterparts.