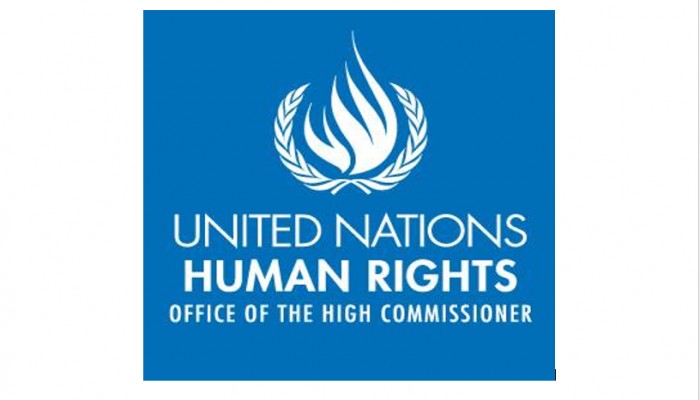 The Trump administration has once again proved its dynamism in the way it handles its international relations affairs by pulling out of the United Nations Human Rights Council (henceforth UNHRC or, alternatively, the Council). Earlier the US envoy to the United Nations, Nikki Haley (the Indian origin former governor of South Carolina), had indicated that the US was reviewing its membership of the Council, following what appears to be a very conspicuous increase in radically anti-Israel statements issued and stances taken by the UNHRC. Over time, this bias is exactly what has pushed the US to the edge of its diplomatic limits, culminating in the country’s recent pull-out from the Council. This view of the present state of affairs in the US-UN dynamic is well-supported, and even reinforced by the explanatory statements made by the US envoy to the UN post announcement of her government’s decision. As indicated by Ms Haley, who described the human rights-watch body as a "hypocritical and self-serving organisation", adding that it has been extending "unending hostility towards Israel", the Trump administration is evidently miffed with the way things have unfolded in the UN over the past few months; and it intends to make no secret out of it. The BBC reported  that she was joined by the US Secretary of State Mike Pompeo in denouncing the Council, who launched a scathing criticism of the UNHRC by dubbing it as “a protector of human rights abusers”. That’s being rather harsh, but not without good reason to be so.

The UNHRC made itself a subject of much ridicule and disappointment when in 2015 it installed Saudi Arabia as the chair of a panel in the Council – a country which is notorious for its historical oppression of women, Non-Muslims and homosexuals – making a complete mockery of both humanity and any basic rights it can aspire for. Following the incident, the Global Research had quoted Salil Tripathi who commented on the appointment of Saudi Arabia as the chair of the UNHRC panel in the following manner: “Saudi government is unelected and run by one large family, or clan,” which “executes prisoners with particular relish, turning their executions into a public spectacle.” Curiously, the present United Nations High Commissioner for Human Rights happens to be a Jordanian prince hailing from the royal family which rules over Jordan, a country whose legal code is heavily based on the Sharia law. The chief appeared less perturbed by this dramatic turn of events than one would expect him to be. The BBC quoted him as remarking on the US withdrawal: “disappointing, if not really surprising, news”. Expectedly, Israel hailed the US move which is apparently made in defense of Israel’s right to protect its borders from the threats posed by Hamas terrorists on one hand and Iran on the other, as well as the USA’s political stance on the matter.

Formed in 2006 in Geneva, the UNHRC purports to act as an international vanguard of sorts, watching over the human rights conditions in member countries of the UN. The rapid weaponisaton of ‘human rights’ by the New Left, subtly and safely imbibed into the agendas of various government and non-government bodies all across the world, has enabled it to make inroads into policymaking at both national and international levels. Influencing government policies and aligning them with the leftist position has remained the ulterior motive of the New Left the world over, its ultimate goal being expanding the scope of centralised governmental control over fiercely independent individuals and local communities. Similar attempts are underway by means of other patently leftist tools like social justice, whose proliferation through governmental and non-governmental organisations has nearly destroyed the social fabric of India, and which continues to pose serious threats to India’s infrastructure development programme. These should give enough reason to any sovereign country or its discerning leaders to be wary of the very concept of human rights and the sprouting of its self-appointed watchdogs – national or international, governmental or non-governmental – India more so than others. For India is that one country which neither the Left nor the religio-cultural imperialists from both the West and the Middle East has so far been able to overrun (and control) completely. That makes India the final frontier for these preying forces – the last of the great civilisations of the ancient world, which has by and large succeeded to maintain the continuity of its ancient culture right into the modern world, albeit after paying terrible human and territorial costs, notably in 1946-47. Even after conceding significant amounts of territory and population – both of which were integral to its unique civilizational character – into the hands of aggressively expansionist Western and Semitic cultures invading it from Europe and the Middle East over the last 2400 odd years (starting with the invasion of Alexander the Macedonian in 327 BCE),

India, to this day, has maintained her essential Indic ethos, thanks to its resilient Hindu majority, as well as to the presence of a large number of other Indic peoples such as Jains and Buddhists. Of course, both the leftist and the religio-cultural imperialist forces have quite successfully infiltrated the ranks of the present political and social structures in India. Their agents have been securely installed all over the Asian giant’s political, social and cultural arenas, to pull the strings through both ideological state and non-state apparatuses. At this juncture, let me use and explain the terms ‘ideological state apparatuses’ or ISA (as well as what I have referred to as ‘ideological non-state apparatuses’ or INSA after the fashion of the French Marxist thinker Louis Althusser, who coined the term ISA) to indicate the problems with human rights as a conceptual framework and the various bodies monitoring human rights, such as the UNHRC. Althusser coined the term ISA to indicate such tools of ideological indoctrination as schools, colleges, universities and the Media. Before him, another important Marxist thinker, the Italian Antonio Gramsci used the term ‘civil society’ (the institutions of family, education, citizen’s organisations etc.) in contrast with ‘political society’ (the rulers, the army, law and order) to denote the soft power which I have designated as ideological non-state apparatuses or INSA. UNHRC is a curious mix ISA and INSA-like features, posing itself as a neutral body on account of representations made in it by multiple countries (notwithstanding the fact that several of those member countries, including both Saudi Arabia and Jordan, have spurious human rights records). The Council is a peculiar breed, styled after its parent body – the UN. It combines the pure long-term approach of ideological non-state apparatuses with a more short-term provision by direct involvement of individual states, the latter of which naturally brings in the ISA approach. Both of these approaches unfailingly help build up potent leftist narratives on various issues (like human rights/equality of outcome/social justice/affirmative action), and on democratic countries like Israel and India, the effect has been devastating as far as internal security, foreign aggression on borders and national interest are concerned. The first approach tends to work by engaging academics and experts, who are claimed to be nonpartisan, in observing human rights situations and/or preparing detailed, “objective” reports on the same. The second approach mobilises state actors, creating a platform for bi-/multilateral (the trick obviously lying in making such platforms multilateral more often than not, giving reinforcements to the wrong side) engagements and bringing them to the same. These end up creating more trouble than long-term, fruitful solutions, as exemplified by a recent occurrence concerning India.

By presenting its many reports on human rights situations, ostensibly prepared by ‘neutral’, ‘on-ground’ observers stationed at specific conflict zones, the Council has historically achieved no more than providing ample opportunities for both state and non-state patrons of war and terror, rogue states, and states with terrible records of tyrannising their own people, to fish in troubled waters. The latest instance of this sort of mischief concerns India’s sovereignty over her territories. Recently after the gruesome murder of Kashmir-based journalist Shujaat Bukhari by hitherto unidentified assassins, the Pakistani foreign affairs ministry spokesperson made a baseless, mala fide attempt  to link the murder to a tweet Bukhari had made hours before the assassination. In that tweet, the deceased journalist shared what he termed “the first ever such report on HR [sic] violations in #Kashmir”. He was referring to a recent 49-page report on human rights conditions in the Indian state of Jammu and Kashmir prepared by the UNHRC. The Indian external affairs ministry has rejected the report as an instrument of legitimising terrorism, which it is, while the ministry very pertinently pointed out that the UNHRC has referred to terrorist organisations as “armed groups” and murderous terrorists affiliated with them as their “leaders”.

The ministry designated the report as "fallacious, tendentious and motivated", and criticised “its intent in bringing out a selective compilation of largely unverified information to build a false narrative”, the Firstpost reported. It is significant to note here that countries like Israel and India are frequently singled out and blamed by pontificating bodies like UNHRC, precisely for attempting to defend their territories and people from terrorism and usurpation by expansionist neighbours, such as Iran and Pakistan, who are motivated foremost by religious zealotry. Against such a backdrop, India has repeatedly failed to support the legitimate self-assertions of Israel (recently exemplified by India not backing Israel’s shift of its capital to Jerusalem), while Israel has time and again extended its support to the Indian cause in issues like Kashmir – expressing its willingness to stand by India and clarifying its position on the matter in unequivocal terms.

This single instance, among many of its ilk, shows how the meddling (and often unwanted involvement) of the UNHRC has the potential to further muddy the already troubled waters that is Kashmir. Rather than ushering in the suspicious Foucauldian approach of governmentality (wherein positive actions are to be taken by the state with the people’s consent as well as their active participation in the same), such high-handed pontificating bodies as the UNHRC end up creating more far-fetched, complex centralised administration, devoid of the connection with the local. They spawn the deeply potential political grounds which the real troublemakers, rogues and frauds under the garb of either legitimate state power or innocuous academic representation can reap from for their own deviously selfish interests. With the New Left’s latest alliance with its useful idiots of a certain Semitic religious order, the challenges coming India’s way from bodies like the UNHRC do not seem to simply disappear anytime soon, given the penchant of successive Indian governments to mindlessly appease its religious minorities at the cost of the Indian interest. The Indian state machinery and even several majority central governments, showcasing their deep cynicism towards the national interest, have repeatedly given in to mere clamours raised by internal pressure groups of minority communities and the Left parties on issues of such paramount importance as supporting Israel’s defense of Jerusalem, obviously in consideration of vote bank electoral politics. That will continue to be the case, unless India firmly stands by her sworn allies and starts playing boldly the cards laid on the table by such useless organisations which can hardly offer any solution to her pressing problems, instead adding one or two more. The Trump administration has certainly indicated the way. Will India learn from that example? It remains to be seen.