The Modi Interviews- After 3.5 years, the PM continues to be on track but the usual suspects continue to whine 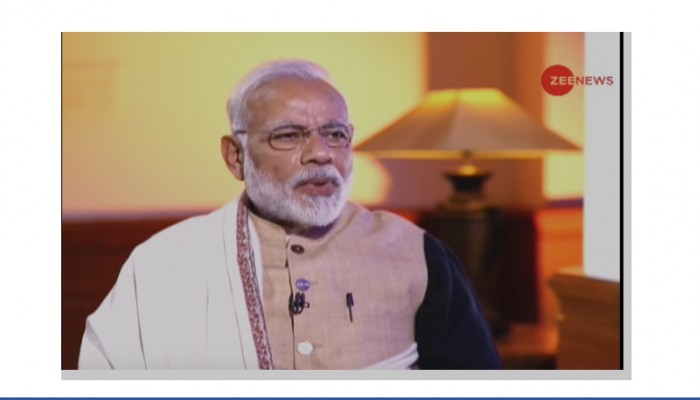 The Prime Minister, Narendra Modi, recently gave two interviews – one to Zee News and the other to Times Now. The usual suspects made the usual complaints, the best being that no “newsworthy points” have been made! The opening question by the Times Now team was:

“Prime Minister ji how would you look back on the three and a half years of your term in office. So much has happened. What all have you achieved and how much is left.”

The usual suspects even had a problem with this!  They complain that this was a soft question. Perhaps the team should have started with “Mr. Modi, why haven’t you resigned yet?”. The cabal would have cheered the interviewer and made him the new hero on the block!

Since they think that no “newsworthy points” have been made, let’s first look at the all the areas that have been touched upon, in these two interviews.

One of the most fervent criticisms of this government, by the opposition and the English media, have been that jobs are not being created. Rahul Gandhi is touring the world telling every possible person that there are no jobs being created in India. These assertions were based on just one data point. The Prime Minister was posed this question in both the interviews, and he gave a detailed answer in both.

He first touched upon the highly successful MUDRA yojana. He told us that nearly 9 crore loans have been disbursed in the past 2.5 years of this scheme. These loans are provided for small entrepreneurs, who in turn also provide employment to other folks. This scheme has opened up wide range of possibilities for those who wish to have their own small business units and further also provide employment. The 2016-2017 yearly report tells us that in two years, 7.46 crore loan accounts have been serviced and INR 3.18 lakh crores was disbursed. If this is not job creation, then what is? No wonder the doomsday scenario of no jobs is only felt amongst the 4 walls of the Congress party and sections of the English media!

Prime Minister also mentioned the recent IIM study that has projected very good job growth figures based on entries made into the EPF system, especially amongst those aged 18-25 years. Needless to say, there is high probability that this is the first job of this age group and therefore further cementing the belief that the doomsday scenario is felt only amongst those four walls!

The standard criticism of GST was also posed to the Prime Minister. He, yet again, has eloquently explained the thinking behind GST, giving credit to all the political parties and state governments, telling us how the GST council has adapted well to the feedback that kept coming in, informing us that nothing is set in stone and that any new big change will have to undergo these transformations! That such a big transformative step was billed cheaply as “Gabbar Singh Tax” by the hope of the English media, reflects more on his understanding than the GST Council! Every single of the 24 GST Council meetings have taken unanimous decision. Yep, unanimous decisions. In today’s divided polity, if we fail to see this stupendous achievement of our policy makers, we are doing to injustice to ourselves!

Oh wait, here’s a “newsworthy point. The Prime Minister has also given further clarity on what his clarion call – “Congress Mukt Bharat” meant. The typical bad things that we talk about our polity – casteism, communalism, nepotism, dynasty, corruption, treachery etc. – all these have percolated into our polity while Congress was overseeing. We need to get rid of these, in order to achieve a true Congress Mukt Bharat. The Prime Minister in fact exhorted the Congress itself to become Congress Mukt! That’s a good headline I suppose – “Congress itself should become Congress Mukt!”. I’d urge you to listen his response to this question (if that’s not possible, please do read that response).

The BJP has been on the forefront in trying to debate the topic of simultaneous elections. The PM has yet again elucidated in nice detail why he and his party thinks this is an idea whose time has come. He has spoken about the various logistics and financial burdens of having elections so frequently. This topic needs more debate, and fine tuning. It is infact high time we come out of these quarterly electoral cycles currently prevalent in the country!

The Prime Minister, through his responses, has shown to us the focus of his government is solely on development and they will explore various options under different departments to make this possible. His detailed answers on problems faced in agriculture also tell us how seized he is about issues that matter. I still remember the interview in which a Union Minister was talking about how Neem coated Urea has stopped the pilferage of Urea, and Rajdeep Sardesai cut him short to ask – “Are you a suit-boot ki sarkar”! No wonder the usual suspects didn’t find these interviews “newsworthy”!

Even on the other topics, the Prime Minister spoke with clarity and passion, repeatedly reminding us that he and his government will do everything possible that will benefit India, at various forums. This government has been very open to feedback and has on multiple occasions incorporated these points too. Even in these interviews, the PM has touched upon how the Sansad Adarsh Gram Yojana hasn’t met the success he wanted it to. In Modi, we have a government that constantly listens to people and doesn’t hesitate to take decisions that will benefit the country. The usual suspects may continue to whine!