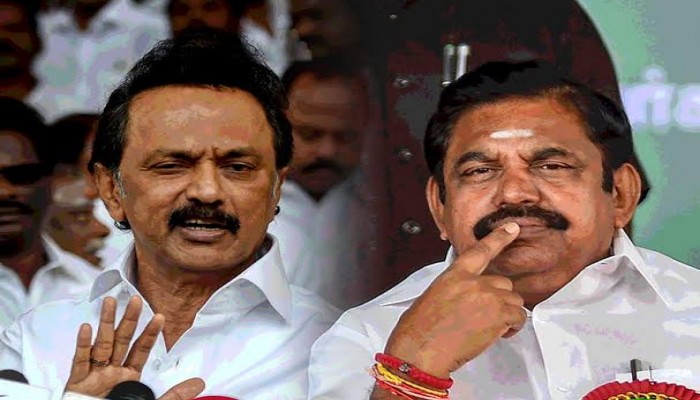 The ruling All India Anna Dravida Munnetra Kazhagam (AIADMK) has been holding talks with its alliance partner BJP since Sunday, when Union home minister Amit Shah was in poll-bound Puducherry and Tamil Nadu to address public rallies.

The talks, which went on for about three hours at a hotel in the state capital, saw the BJP trying to coax the AIADMK top brass that it made arithmetic sense not to lose out on the Amma Makkal Munnetra Kazhagam (AMMK) vote bank and so to bring the warring Sasikala-Dhinakaran faction into the fold of the AIADMK.

Sources say that BJP will get 24 seats and also the Lok Sabha bypoll ticket for the Kanyakumari constituency. Out of 24, 3 will be tickets will be given to smaller allies such as Puthiya Thamizhagam, Devenathan Yadav and Thamizhaga Makkal Munnetra Kazhagam.

The Dravida Munnetra Kazhagam (DMK) and Congress alliance has hit a rough patch ahead of the assembly polls in Tamil Nadu. Congress alleged that DMK is arrogant and behaving like elder brother when it comes to seat-sharing. MK Stalin-headed outfit has refused to give 30 Assembly seats to Congress to contest in the upcoming polls. The state Congress leaders will meet to take a final decision on whether to remain in the alliance or not is expected to be taken.

There was no progress in seat-sharing negotiations in the alliances led by the ruling AIADMK and the Opposition DMK in Tamil Nadu on Wednesday.

While the signing of seat-sharing agreements between the AIADMK and its allies that was expected to take place on Wednesday got deferred by at least a few days, the DMK’s allies were unhappy with the offer of fewer seats.