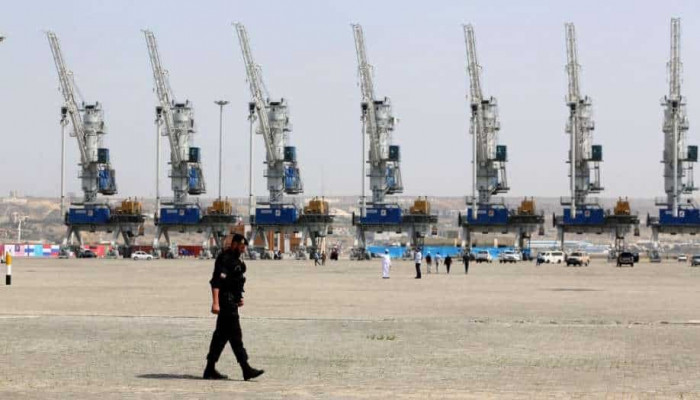 The Taliban regime in Afghanistan has backed the use of the India-built Chabahar port in Iran and said that it is ready to provide all the necessary "facilities".

A statement issued by the Taliban's foreign ministry "welcomed" the proposal to include Chabahar port in the North-South International Transport Corridor that connects Mumbai to Moscow and passes via Iran and Azerbaijan. The statement highlighted that the regime stands "ready to provide all necessary protection and facilities in this regard."

India is developing the first phase of Shahid Behesti Port in Chabahar and has invested $85 million in the project as it provides larger connectivity across the region, especially to landlocked Central Asia. It has also supplied six Mobile Harbour Cranes— with 140 tons and four 100 tons capacities—and other equipment worth $25 million.

Since December 2018, when Indian company India Ports Global Limited (IPGL) took over the operations, the port has handled 215 vessels and 4 million tons of bulk and general cargo.

The Taliban’s comment on Chabahar port comes as it has been keen on Indian investment and revival of Indian infrastructure, and development projects in the country.

Taliban had also called for Indian investment in building a new Kabul city during a meeting between Afghanistan's minister for Urban Development and Housing (MUDH) Hamdullah Nomani and the head of India's technical team in the country, Bharat Kumar.

The Taliban’s statement came after the India-Central Asia National security advisors met in Delhi this week, with a key focus on the situation in Afghanistan and connectivity.

The statement welcomed the meeting and appreciated the joint communique of the meeting that expressed "support for a stable, peaceful, integrated and secure Afghanistan and the principle of non-interference in Afghanistan’s internal affairs.

The Taliban assured that it "remains committed and will not allow anyone to pose a threat to the region and the world from Afghanistan’s soil or to interfere in other’s internal affairs".

There have been concerns over Afghanistan becoming a safe haven for international terror groups, and India is concerned that Pakistan-based UN-designated terror groups like JeM, LeT may find space in the war-ravaged country.

Delhi hosted the first ever India- Central Asia National Security Advisors (NSAs) meeting on Tuesday. The meeting was one of the key outcomes of the India-Central Asia virtual summit that took place in January.

Taliban hoped that it will be invited to the next meeting which will take place in May 2023 in Kazakhstan where its presence "would help establish cooperation and confidence in security, prevention of human and drug trafficking, delivery of humanitarian aid to the people of Afghanistan, and particularly in the implementation of basic infrastructure projects."