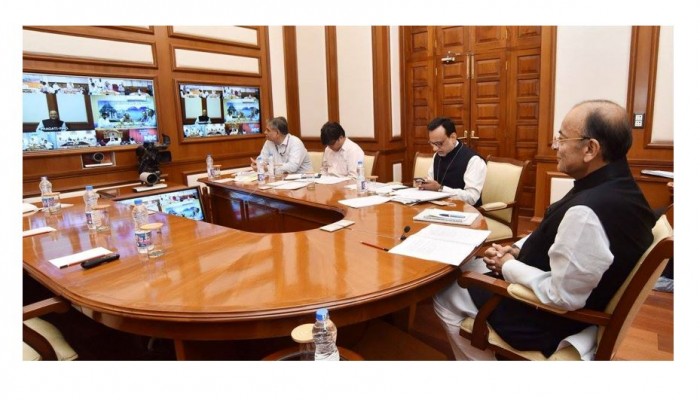 Some tweets stay in your mind for a long time. One such tweet was by the Deputy National Editor of The Hindu, in October 2017.

This was the day the Prime Minister gave a speech on economy, in which he also mentioned that the RBI predicted a growth of 7.7% and Srinivasan went berserk on this timeline. Not knowing what to do, he accused all those who the PM follows as “buffoons & bigots”. Of course, in the isolated world of English media, buffoonery and bigotry don’t count as abuse or trolling. The “buffoons & bigots” tried to explain some logical points to him, but to no avail.

Q4 results were released in March 2018, and India achieved a growth rate of 7.7% in the last quarter of FY 2017. And this sparked off a celebration amongst all the “buffoons and bigots”! What does Srini feel about this? We don’t know, because he hasn’t tweeted his opinion as vociferously when the Growth rate was 5.6%. However, since he is Deputy National Editor of The Hindu, am assuming he has considerable influence on the editorial content of the paper. So let’s take a look at what The Hindu told us, after we achieved the growth of 7.7%.

Mixed growth signals! Why? Because this might come with “inflation risks”. The editorial list 13, yes thirteen different areas where growth was seen. Private consumption and government expenditure apparently came down. But apparently there is a “sobering thought” here:

A sobering thought here is that the very same growth momentum is likely to spur price pressures across the economy that, combined with the bullish trend in global oil, could fan faster inflation.

I am not an economist. Today’s inflation is ~3.8%. How bad will the increase be even if it increased? Why is The Hindu so concerned about this risk? Is it so significant that it had to title it’s editorial as “Mixed Growth”? We don’t get any answers for those queries in their editorial.

In their editorial on September 1st, 2017, when the 5.6% growth number came out, they concluded thus:

The Finance Minister has his task cut out: to find ways to restore momentum before the tailwinds of low inflation and affordable energy prices start reversing direction.

With the latest number, has the Finance Minister managed to reach the expectations of The Hindu? Why doesn’t the latest editorial not say a word about the Finance minister?

Let’s leave The Hindu for a while. Our memory is not so short to remember the utter chaos the English media created when the 5.6% number came out. Doomsday was predicted. PM Modi was insulted saying that he is uneducated and the awesome economist, Dr.Man Mohan Singh wouldn’t have let this happen. Numbers were thrown around at will. This noise warranted a detailed response from the Prime Minister. And then folks like Srini went berserk with that speech too.

Watch English media today. The high growth rate is not even a topic of discussion. It’s as if the high growth rate is a normal thing to happen and this government had nothing to do with it. They need to reflect why they find it so difficult to cover positive news. But we are asking too much from them!

For any problem area in the past 1.5 years, the English media pinned it onto Demonetization and GST. Isn’t it an astounding achievement that just within 8 months of bringing in GST, many issues related to GST have been resolved? Two big disruptions within a span of 9 months (Nov 2016 to July 2017), and we are already back on track with respect to growth of the economy. The subdued celebrations in the English media is only reflective of their inclination to cover and debate only negative news.