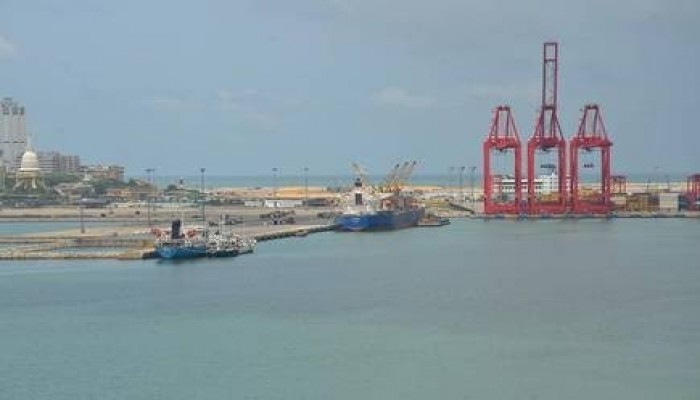 Sri Lanka on Tuesday has notified that it will develop the West Container Terminal at the Colombo Port along with India and Japan.

It came almost a month after it said that the two partner countries could not develop the similar East Container Terminal due to opposition from port workers’ unions to “foreign involvement" in building the terminal.

The Sri Lankan cabinet on Monday gave the green signal to the WCT being developed by “parties nominated" by the two countries. India’s Adani Ports had been one of the partners to develop the East Container Terminal (ECT) previously.

Briefing the media on decisions taken at Monday’s weekly Cabinet meeting, spokesman Keheliya Rambukwella said approval had been granted to develop the WCT with investors nominated by India and Japan. While India has named Adani Ports, which was earlier nominated to invest in the ECT, Japan is yet to respond, the Minister said.

“Accordingly, the Build, Operate Transfer plan approved by the Negotiation Committee has been forwarded to the High Commission of India and the Embassy of Japan requesting them to nominate investors," the statement said. “The proposal presented by Adani Ports and Special Economic Zone Limited (APSEZ Consortium) has been approved by the Indian High Commission."

After Sri Lanka reneged on the 2019 agreement, signed by the former Maithripala Sirisena-Ranil Wickremesinghe government, Colombo offered the WCT as an alternative, allowing the foreign investors to hold a higher stake.

The authorities said that in the ECT project agreed upon earlier, the Sri Lanka Ports Authority (SLPA) was to hold 51 per cent stakes. In the WCT proposal, cleared now, India and Japan will be accorded 85 per cent stake, similar to the nearby Colombo International Container Terminal (CICT), where China Merchants Port Holdings Company Limited holds 85 per cent stake.