For Separatists in Kashmir Charity does not begin from Home 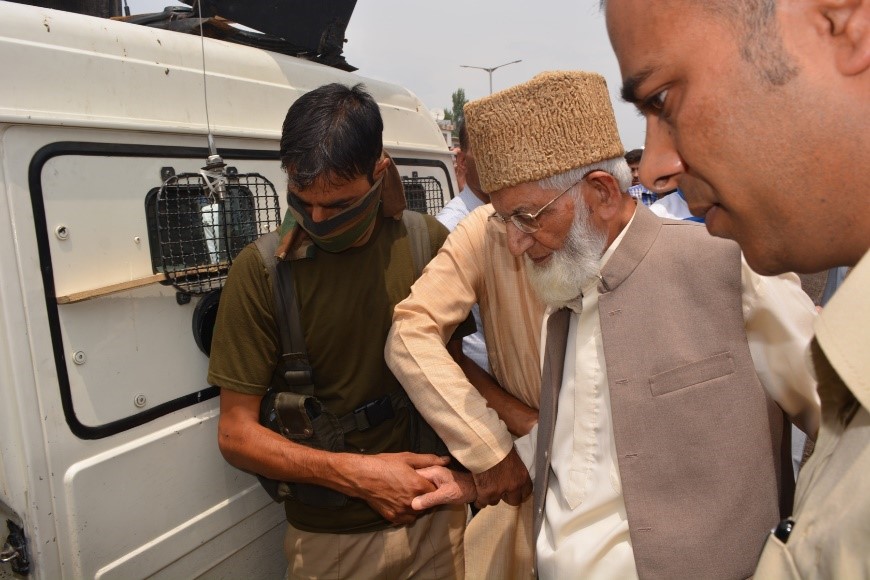 Kashmir burns yet again. Many lives lost and many more injured in the name of "Azadi". Whenever I see pictures of young Kashmiri boys pelting stones or lying wounded, I often search for one face who could be son or relative of any Kashmiri separatist leader. Never have I found any and that brings me back to my question "Why isn't any separatist standing with his son or daughter along with these young boys pelting stones and receiving pellets". This made me search and churn Google to find out what's happening with these kids of separatists, research brought out some shocking truth. While these separatists instigate and encourage a common Kashmiri youth to shun his studies and career, to join the "bigger cause Azadi", their own sons and daughters are getting educated outside Kashmir and building their lives and careers.

Let's start with Syed Ali Shah Geelani, the âtallâ leader and freedom fighter for Kashmiris who spends his winters in Delhi because Srinagar is too cold for him. Geelani's oldest son Nayeem along with wife are doctors and live in Rawalpindi Pakistan. His second son Zahoor lives in Delhi with his family. Zahoorâs son Izhaar/ Tabush worked as a crew member of a private airline company Spice Jet in India and is now settled in Dubai. Geelani's daughter Farhat is a teacher in Jeddah, married to an engineer. Fact- none of his kids or grand kids are even remotely associated with the so called Jihad in Kashmir.

Now let's look into Syed Salahuddin's family, the one who lives in Pakistan under the security cover of ISI and from there sends suicide bombers to India. His oldest son Shakeel Yousuf works as medical assistant in Srinagar, second son Javed Yousuf works as a computer operator in the education department of Jammu and Kashmir, third son Shahid Yousuf is a research fellow at Sher-e-Kashmir University of Agricultural Science and Technology, Srinagar. Salahuddin's fourth son Wahid Yousuf studies medicine in Sri Maharaja Hari Singh Govt Medical College and the youngest Mueed Yousuf is pursuing M.Tech. His elder daughter Naseema is a government teacher in Budgam, and younger daughter Akhtara is an arts teacher in Soibaugh. None of his sons or daughters are in any way participant in  "jihad" in Kashmir.

Asiya Andrabi the Dukhtar-e-Millat chairperson, fierce propagandist of Jihad and Kashmir Azadi, her supporters call her "the Iron Lady", has two sons Muhammad bin Qasim and Ahmed bin Qasim. Older son lives in Malaysia pursuing degree in Information and Technology, also happens to be the captain of his university cricket team. Younger son is a teenager studying in a Christian missionary school in Srinagar and is never seen with the stone pelters of his age on the streets of Srinagar, though his mother Asiya is known for her support for stone pelters. Though she has been waging war against Indian Government and is known for her pro-Pakistan stand, she sought Indian passports for her sons to send them abroad for higher studies.

Masarat Alam chairman of Muslim League and Geelani's heir apparent has two sons and both are studying in posh schools, first in Srinagar and later moved to New Delhi. Masarat is the hero for stone pelting youth of Kashmir but amazing how he kept his sons out of this "Jihad".

Mirwaiz Umar Farooq is the chairman of the Awami Action Committee, one of the main factions of the All Parties Hurriyat Conference. In 2002 he married Sheeba Masoodi an American citizen settled in Buffalo, and eventually acquired US green card for himself. Mirwaiz's wife too happens to be an American citizen, a doctor by profession.

Yasin Malik married British born Pakistani Mushaal Hussein Mullick, quite well known and somewhat controversial  for her nude paintings. They have a 4-year-old daughter Raziyah. When Yasin was asked about his wife's paintings, he said that's her way of expression and there's nothing wrong in that. Recently Mrs Malik has been quite active and vocal about "Kashmir Azadi", but sitting in Pakistan. It would be interesting to see if her daughter takes up mothers painting skills or fathers Jihad.

Farida Behenji the chairperson of Jammu and Kashmir Mass Movement has a son Ruma Maqbool, who is a doctor by profession and is well settled in South Africa. Leading a secure and posh life away from his motherâs call for Jihad.

Muhammad Ashraf Sehrai, strong voice in Hurriyat and one of the names to be the successor of Geelani. Funny that Sehrai is not Kashmiri, he is a khan from Pakistan. His son Abid studied computer engineering and is now settled in Dubai.

Ghulam Nabi Sumji the Hurriyat Conference General Secretary and apparently Geelani's right hand man has a son Jugnoo, who instead of joining his fatherâs Jihad, is studying management in New Delhi.

Ayaz Akbar the spokesperson of Hurriyat Conference has a son Sarwar Yakub who is doing MBA from Pune. He too isn't standing with any jihadi or stone pelter in Kashmir, instead working on his career for a secure future.

Abdul Aziz Dar also known as General Musa, has two sons, older one working in the Animal Husbandry department and younger studied Computer Applications in Pakistan and is settled there. While General Musa was playing a crucial role in instigating and sustaining 2010 Kashmir stone pelting, his sons were far from this Jihad, living a safe life.

While these "freedom fighters" of Kashmir keep provoking common Kashmiri youth to stop everything and sacrifice themselves in the name of Jihad, they keep their own blood far from spilling, safe and secure. None of these separatists (terrorists) have ever made their own son or daughter stand with those young children whom they ask to give up their lives for the "bigger causeâ. Anyone unwilling to succumb to their pressure gets tortured till he gives in.

This is the double face of Separatists and their much propagated "Azadi" and "Jihad". In the age of instant communication and social media, I hope and wish these young Kashmiris realize how they have been used and abused and sacrificed in the name of Azaadi 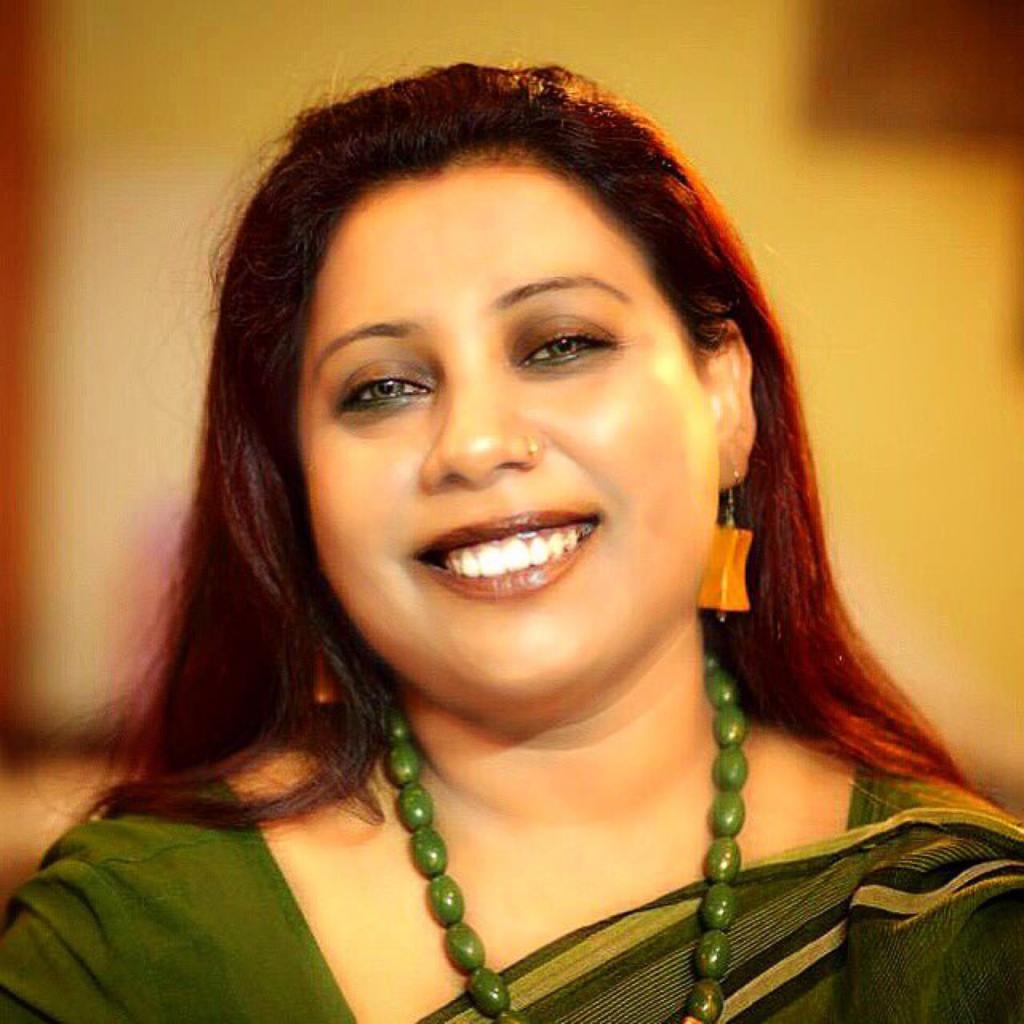