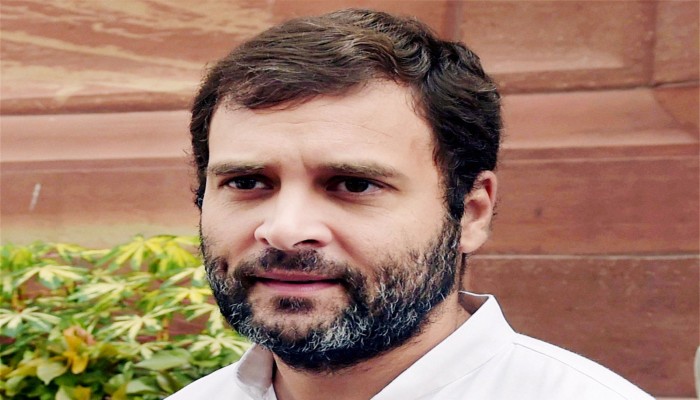 The former Congress chief Rahul Gandhi and his propaganda machinery of demonising the RSS has yet again been sabotaged in public light.

This comes after Gandhi on Tuesday in an interview with Kaushik Basu, a professor at Cornell University in the US and India's former Chief Economic Advisor, alleged that the Rashtriya Swayamsevak Sangh (RSS) is attacking the higher education institutions in the country through their schools and drew parallels between them to "madrasas used by radical Islamists in Pakistan."

A Republic World report quotes Rahul as saying, "As you said, higher education. In fact, the whole education system is being targeted. Re-writing of history. Subtle re-writing of social norms. Subtle attacks on the idea of the constitution. A subtle attack on the idea of equality. These are values India just requires. Modern India cannot exist without these values. So, absolutely you need to reclaim this space. What is going on is essentially an attack on the idea of equality. And by the way, RSS began the attack through their schools."

He went on to say that the RSS is doing something "fundamentally different" and filling up the institutions of the country with its people. "So, even if we defeat the BJP in the election, we are not going to get rid of their people in the institutional structure."

Like always, these comments of insensitivity and misinformation has not only been busted in public domain but have also made Rahul Gandhi deal with severe blows from political leaders and netizens worldwide.

In response to his ghastly comments, VHP's Alok Kumar responded by saying, "Rahul Gandhi has compared the Sarasvati Shishu Mandirs with the terrorist-producing Madrassas in Pakistan. The statement is dishonest and false. Sarasvati Shishu Mandirs provide quality education to millions of Indian children all over the country. They provide an education that instills in them respect for the country, a good human value system, makes them responsible citizens, and equips them with the knowledge that they can use for a good life. It is for this reason that they are preferred over the government or costly public schools. "

"I am surprised that Rahul Gandhi is in the habit of making statements that only please the Pakistanis or the Chinese and are against the national interest. Such irresponsible statements are the reasons for the continuing decline of the Congress party. I condemn the statement," he added.

The Bharatiya Janata Party (BJP) has given a nasty and befitting blow to Rahul Gandhi for comparing RSS's Shishu Mandir with Pakistan's madrasas. On Wednesday, Union Minister Prakash Javadekar jibed at Rahul's vile remarks. In a press conference, Javadekar said, " RSS is the biggest school of nationalism. It teaches humanity and social morality, that's why it is respected worldwide. It will take time for Rahul Gandhi to understand what RSS actually is."

In an official statement, the Vidya Bharati Akhil Bharatiya Shikha Sansthan, which runs Vidyabharati schools across the country, said that its institutions have been widely laided by eminent academics and it aims to build a 'capable generation of patriots and dedication towards society by rising above the caste, creed, creed, community.'

"Vidyabharati is committed to the all-round development of boys and girls along with high-quality education at a minimum fee. There is a special focus in our schools on social harmony, omnipotence, equality and respect and respect of all ideas," the statement read.

The statement further added that around 80,000 Muslim and Christian students study in Vidyabharati schools, clearly sabotaging Gandhi's attempts of drawing its similarities with madrasas.