Roger Federer does it again! The Legend continues to create more records with his 20th Grand Slam 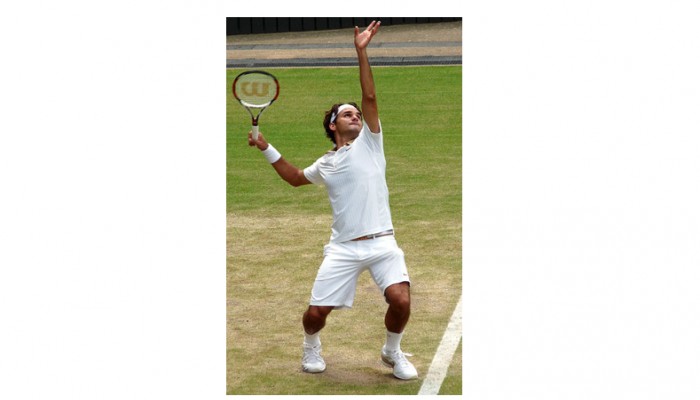 The 2009 Australian Open Finals match is etched in my memory.

I am a Roger Federer Bhakt. It was already devastating to see him lose the Wimbledon Finals to Nadal in 2008. I was pretty sure that Roger Federer will extract his revenge in 2009 Australian Open. Nadal had to go through a grueling five hour long five setter in the Semi-final, whilst Federer had a pretty easy outing a day before. I estimated that Nadal will be tired and Federer will win this Finals in 4 sets.

And the unthinkable happened. Federer lost to Nadal in 5 sets. When it was time for him to speak after receiving the runners up trophy, he just couldn’t. He couldn’t speak because he couldn’t hold back his tears. He wept and wept. He did come back to speak, but that memory of him not able to control his tears stayed with us. The back to back losses to Nadal in finals has hurt a lot. I was devastated too, and took a long walk that evening to regain composure (Yep, I was that kind of a bhakt then!).

Fast forward to the year 2018. Australian Open Finals. This time Federer won and did speak, but again could not control back his tears, and this time I am sure many bhakts kept wondering how life has come a real full circle to Roger Federer.

That day, he was attempting to win a record equaling 14th Grand Slam. Today, he has won his 20th Grand Slam title. That day, he couldn’t equal a record. Today, he has created a record that will be very difficult for someone to touch.  That day, none of us would have imagined that today, he would go through another grueling 2 weeks of tennis, watch many of the other seeded players either lose or retire, fight another five-setter and lift his 20th Grand Slam title. Today is as emotional as it was that day.

As a matter of fact, the 2017 Australian Open final was the actual revenge extraction match! However, neither did Federer get so emotional nor did the bhakts like me! We were undoubtedly very happy, thrilled and on top of the world that Federer finally won his last hurrah, in style! We all believed this was the fairy tale ending all of us were waiting desperately for, and destiny made sure it was perfect!

He then pulled out of the French Open, further confirming our doubts that his last hurrah has happened. And then Wimbledon began. Over two magical weeks at Wimbledon, Roger Federer, without dropping a single set in the entire tournament, went on to win the title for the record 8th time, and we all simply ran out of words! We were extremely thrilled that he won 19 Grand Slams, is out of the reach of all his contemporaries and it’s another fairy tale ending that he won the last of his Grand Slams on his favorite surface – Grass, at his favorite venue – the Wimbledon.

In fact when Federer won the 2009 Wimbledon tournament and beat Pete Sampras’s record of 14 Grand Slam titles, Sampras was present in the court. He spoke to the Press later, and estimated that Federer will go on to win 17 or 18 Grand Slams. I was amused at his under estimation and thought to myself, what is he saying?! In this form, 20 is easily achievable in 2-3 years only, given that he already has 15. But then, Pete Sampras was almost right! I felt stupid for doubting Pete’s estimates back then! Federer’s last Grand Slam was in 2012. Though he was reaching the semifinals and finals till 2016, he was losing those matches. Until the revival happened in 2017.

A lot of adjectives have been used to describe Federer’s game. Graceful and Majestic immediately come to mind. Skillful beauty comes to mind. Controlled aggression comes to the mind. Tactical planning comes to mind. I can go on and on, but there aren’t words left anymore to describe what he has achieved and how he has made people feel about his game. There are of course too many matches and too many shots in his armor, to pick out the best. However, to me his backhanded shot that zoomed past Nadal, when Nadal was on Championship point in Wimbledon 2008, simply stands out. It still is baffling to me as to how such a graceful, majestic, skillful, tactical and aggressive shot could have been hit, in such an immense high pressure situation! It just baffles me.