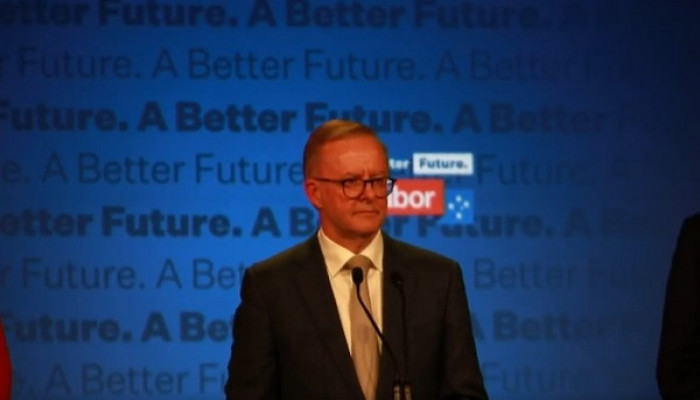 PM Modi said that he is looking forward to working towards the shared interest between India and Australia in the Indo-Pacific region.

"Congratulations @AlboMP for the victory of the Australian Labor Party, and your election as the Prime Minister! I look forward to working towards further strengthening our Comprehensive Strategic Partnership, and for shared priorities in the Indo-Pacific region." tweeted PM Modi.

The Australian Broadcasting Corporation on Saturday night projected Labor will form a government for the first time since 2013, with Anthony Albanese to become the country's 31st Prime Minister.

Anthony Albanese thanked people for voting for him. "Thank you! Australia," he Tweeted. "Tonight, the Australian people have voted for change," he added.

Taking to Twitter today, the high commissioner said that Anthony Albanese had travelled to New Delhi as a backpacker in 1991 and led a parliamentary delegation in 2018.

"Australia's Prime Minister-elect @AlboMP is no stranger to India having travelled the country as a backpacker in 1991 and led a parliamentary delegation in 2018. During the campaign, he committed to deepening India-Australia economic, strategic and people-to-people links," he said.

Speaking to his supporters, Morrison said, "Tonight I have spoken to the leader of the opposition and the incoming Prime Minister, Anthony Albanese and I have congratulated him on his election victory."

Morrison also said he would step down as leader of the Liberal party. The result marks an end to the coalition's nearly-nine-year hold on power and Morrison's tenure as Prime Minister. Morrison became prime minister in 2018.

Meanwhile, at the upcoming Quad Summit in Japan on May 24, Prime Minister Narendra Modi is expected to hold a bilateral meeting with his new Australian counterpart. Albanese has confirmed that he will attend the Quad summit in Japan next week as well.