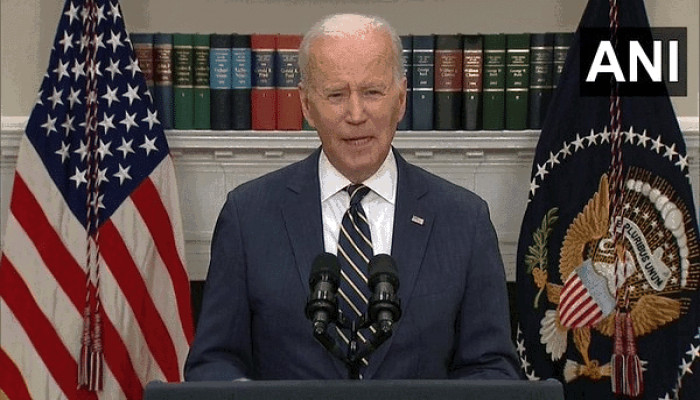 US President Joe Biden has welcomed the passage of the Respect for Marriage Act in the House of Representatives. In a statement, Biden said, “Today, Congress took a critical step to ensure that Americans have the right to marry the person they love.”

Biden’s statement comes after the US House on Thursday approved legislation to protect same-sex and interracial marriage. The bill has been sent to US President Joe Biden’s desk for his signature to become a law, CNN reported.

The House vote was 258 to 169 with 39 Republicans joining Democrats in supporting the legislation. The House’s vote for ‘Respect for Marriage Act’, comes after the Senate passed the same bill last week by a vote of 61-36, as per the CNN report.

In a statement released by the White House, Joe Biden said that the House’s bipartisan passage of the bill by a significant margin will give peace of mind to LGBTQI+ and interracial couples.

“The House’s bipartisan passage of the Respect for Marriage Act by a significant margin will give peace of mind to millions of LGBTQI+ and interracial couples who are now guaranteed the rights and protections to which they and their children are entitled,” Biden said.

Joe Biden stressed, “While we are one step closer on our long journey to build a more perfect union, we must never stop fighting for full equality for LGBTQI+ Americans and all Americans.” He said that Congress has restored a measure of security to millions of families and marriages after the uncertainty caused by the Supreme Court’s “Dobbs decision.”

US President Joe Biden emphasized the House’s decision has provided hope and dignity to millions of young people in the United States. He stated that the Democrats and Republicans have showcased that they can come together to safeguard the fundamental rights of people.

Earlier in a speech on the Floor of the House, US House of Representatives Speaker Nancy Pelosi said, “I rise today in strong support for the Respect of Marriage Act, a historic step forward in Democrats’ fight to defend the dignity and equality of every American.”

Nancy Pelosi stated, “We must act now on a bipartisan, bicameral basis to combat bigoted extremism and uphold the inviolability of same-sex and interracial marriages.” She stressed that once signed into law, the act will stop “right-wing extremists” from upending the lives of loving couples and traumatizing kids across the country.

Furthermore, Pelosi emphasized that the legislation will take measures to uphold marriage equality under federal law. She said, “Today, we stand up for the values the vast majority of Americans hold dear, a belief in the dignity, beauty and divinity, spark of divinity, in every person and abiding respect for love so powerful that it binds two people together.”

Notably, the bill will not set a national requirement that all states must legalize same-sex marriage. However, individual states will recognise another state’s legal marriage.