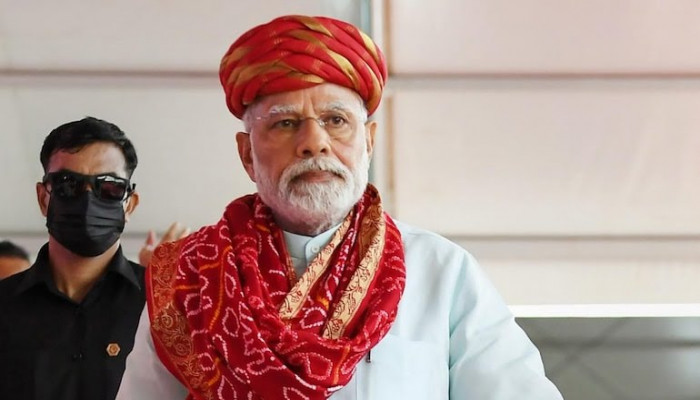 Prime Minister Narendra Modi inaugurated the 36th National Games at a grand Opening Ceremony at the Narendra Modi stadium in Ahmedabad on Thursday. The Union Minister for Youth Affairs & Sports Anurag Thakur and other dignitaries were also present during the opening ceremony.

"The largest stadium in the world is hosting the largest sports event for the nation with the youngest population," Modi said.

On this occasion of the inauguration, PM Modi also addressed all the athletes from across the country. Olympians PV Sindhu, Neeraj Chopra and Ravi Kumar Dahiya also took part in the event.

The National Games are being held after a long hiatus of 7 years due to multiple predicaments that halted the running of the event since its previous installment in the year 2015 when Kerala played host to the competing athletes.

This is the first time in the history of Gujarat that it will host a National Games. Running from 29 September to 12 October, the Games will be held in 6 cities of Gujarat namely Ahmedabad, Gandhinagar, Surat, Vadodara, Rajkot and Bhavnagar.

Under the leadership of the former Gujarat Chief Minister, the state, "embarked on the journey to create a robust sports infrastructure of international standards, which helped the state to prepare for the games in a very short span of time", PMO mentioned.

Nearly 15,000 sportspersons, coaches, and officials from across the country will be participating in 36 sports disciplines, making it the biggest National Games ever. The sporting events will be organised in six cities of Ahmedabad, Gandhinagar, Surat, Vadodara, Rajkot and Bhavnagar.