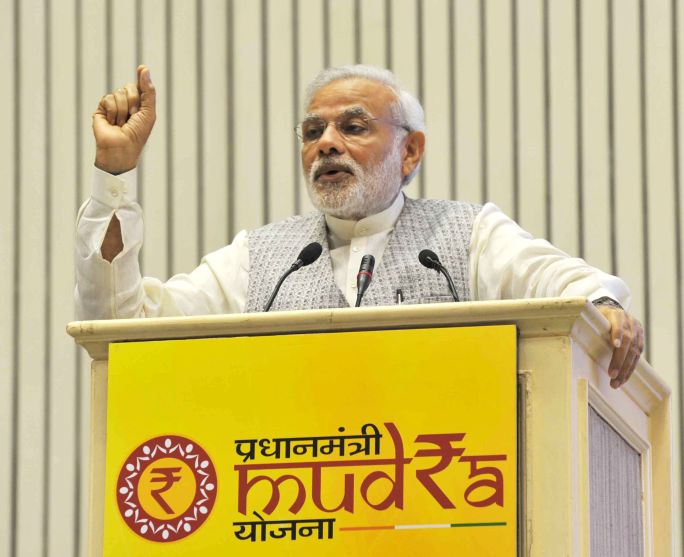 There are very few things which have the potential to bring about such a tremendous change in the lives of poor as Financial Inclusion. The main goal of financial inclusion is to improve the range, quality and availability of financial services and products to the under-served, unserved and financially excluded. Financial services include basic banking services like savings, credit and insurance at affordable prices. Before NDA government started the Jan Dhan Yojana, India accounted for 21% of the worldâs financially excluded population [1].

According to the World Bank âResearch shows that access to savings products â and, in particular, to âcommitmentâ savings, in which individuals restrict their right to withdraw funds until they have reached a self-specified goal â can have important benefits beyond simply increasing oneâs amount of savings: It can also help empower women, increase productive investment and consumption, raise productivity and incomes, and increase expenditures on preventive health [2]â.

Without access to financial institution, the poor have no way to protect themselves against risk. They invest in livestock as a form of savings and when they need some liquid cash they either pawn their jewelry or take loans at exorbitant rates with some moneylender.  One study [3] by the World Bank has reached to the conclusion that at a macroeconomic level, economies with deep financial intermediation tend to grow faster and reduce income inequality. It mentions specifically that financial development boosts the growth rate of the income share of the poorest.

Given all these factors which only exacerbate the need for speedy introduction of financial inclusion, weâll look at the various steps that Modi government has taken in this regard and focus on MUDRA in particular.

One of the major steps taken towards financial inclusion by the GoI is the Pradhan Mantri Jan Dhan Yojana (JDY) which was launched in August 2014. Currently about 18 crore accounts have been opened [4]. Under the Phase 1 of the JDY the account holders were given accidental insurance cover of Rs 1 lakh, a RuPay debit card and those with over 6 months old accounts can avail up to Rs 5000 overdraft from the bank.

The last point mentioned is another game changer for people who sells daily wares. For example, a person selling vegetables has to ârentâ the cart for, letâs say, Rs 200 per day in addition to buying the vegetables for (letâs say) another Rs 200 , for which she takes a loan from a money lender at 25% interest. So to break even, she has to sell at least Rs 500. Instead, under JDY she can avail the loan from bank at 0% interest (if paid back same day) and she can make profits. This is the kind of financial security that is very crucial for lowest strata to increase their share of income.

Before we talk about MUDRA we need to understand the basis for it. Microfinance is a service that is provided to low-income individuals or entrepreneurs who do not have any other means of gaining financial services. Microfinance has a significant role in bridging the gap between the formal financial institutions and the rural poor. The Micro Finance Institutions (MFIs) accesses financial resources from the Banks and other mainstream Financial Institutions and provide financial and support services to the poor [5]. Currently it has been estimated there are about 5.77 crore small business in India, of which only 4% get financial services from regular banks. It is this untapped audience that the Micro Units Development Refinance Agency or MUDRA is targeting.

In the current scenario, the MFIs provide loans to Micro, Small and Medium Enterprises (MSMEs) but at a very high rate of interest. Traditionally there are three factors which go into the interest rate determination [8].

This is the cost that a MFI has to pay to the bank it gets money from. Letâs say it is 10%. So MFI socializes this cost into the loan.

b.      Cost of loan defaults that it has to cover

Based on its experience if it determines that about 2% loans get defaulted then it should account for that into the interest rate which now becomes 10+2 = 12%.

MUDRA Bank will provide capital at very low rates to the MFIs/ Non Banking Financial Company (NBFCs) who provide loans to micro and small entrepreneurs. Since the cost to the ultimate beneficiary should be reasonable and affordable, the GoI is targeting the cost of funds of MUDRA to be 150 bps to 200 bps below the benchmark repo rates [9]. The terms of lending and ensuring funds are advanced to the target group also falls under MUDRA Bankâs charter, thus making it a regulatory kind of role in the sector. The last-mile lenders will have to ensure they run a profitable model. They will have to be diligent while checking the credibility of the businesses they are lending to and their ability to pay back. Apart from loans, it offers guarantees to MFI based on which they can lend larger amounts without any other collateral.

The reason for such an arrangement is due to two factors. First, this is a high risk sector and commercial banks often would not lend much either directly or via MFIs [though, according to a report about 90% loans are repaid [6]]. Secondly, traditional banks have been unable to cater to such entities, especially in smaller towns and rural areas as they have not been too keen to open physical branches in such centers [7]. The low volume of business, a lack of trained staff and infrastructure costs are among the many reasons behind that.

Hence, MUDRA banks is an attempt to fill in the gap. Given the huge unmet demand, there is huge potential. This is required because this MSME sector is always risky as it support entrepreneurs with new ideas, marginalized and backward people who need support against failures [12]. Such state intervention is required in such delicate sector which employs a large number of people [about 6 crores] of the informal workforce.

A very good representation of how MUDRA Bank will work can be seen at: http://i2.wp.com/leadersspeak.in/wp-content/uploads/2015/07/Mudra-Bank-strip.jpg

How is it different from previous avatars [SIDBI]

The Small Industries and Development Bank of India was formed in 1990 with explicit intent to promote MSMEs in the country. For now the MUDRA Bank is a department under SIDBI but eventually it may subsume SIDBI. The role of SIDBI remains to promote and finance the small scale sector, implement government plans and coordinate with other organizations while the role of MUDRA has been conceived more in the context of present state of Microfinance sector [11]. While SIDBIâs role is primarily to finance MSME and implement government plans, MUDRA Bankâs charter includes regulating, registering as well as formulating policies for MFIs and also laying guidelines for responsible financial practice.  Thus this is a multi-role institution. The MUDRA Bank is to cover those who fall short of the stringent requirements for loans from SIDBI.

In consonance with Make-In-India model, government is trying to boost manufacturing sector. The medium & small scale sector constitute major share in manufacturing [about 45%] and export [about 35%]. MUDRA will provide impetus and fill the decades old gap of availability of funds for new business in this high risk sector. With an initial layout of Rs. 20,000 crore to meet the objective and Rs. 3000 crore as credit guarantee under SIDBI will connect the dots to make the MSME get the required support and make it more competitive in international market.

The GoIâs initiatives on skill development is also geared towards providing a structure to this sector and make it more formal. The standardization of procedures and outcomes that the skill development initiatives provide will make hiring more easily and will also reduce the training required for a person to become productive. As Prof. Rupa Manjari Ray [Assistant Professor, Economics, MDI Gurgaon] says "Fiscal consolidation of 3 per cent of GDP in two years can only be realized only when skilled people get more job opportunities and self-employment opportunities. Proper market access to rural youth is equally important to enhance innovation and entrepreneurship"[13].

Though there are some legitimate concerns [14, 15] about how MUDRA can succeed where many other prior attempts like SIDBI or NABARD failed, there are already some success stories. For instance, the MUDRA Bank has already brought about a positive change in the lives for about 150 vendors (majority of them women) selling fruit, vegetables, puja material and bags etc. in Mysore, Karnataka [16] by making them not depend on vicious money lenders anymore. Clearly defined roles and synergizing all the institutions working in this sector and better implementation can definitely lead to success of this bank.