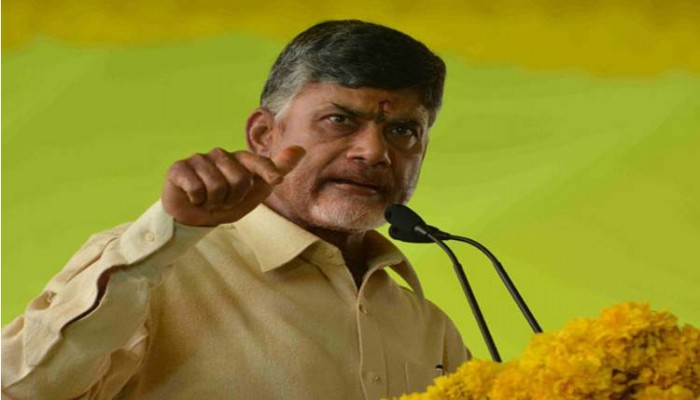 Ms. Roja was a popular telugu actress in the 90s. She later joined the Telugu Desam Party (contested and lost the 2004 and 2009 elections), and then moved on to the Congress and she is currently with YSR Congress (won 2014 elections). Ms. Roja also is a judge on a couple of TV shows. Ms. Roja is also very abusive. She has little control on her tongue while addressing press conferences, and has attacked almost everyone in the Chief Minister’s  family. On December 18, 2015, she abused another MLA in the Assembly for which she has been suspended from attending the house for a year!

To understand what prompted this attack, we will need to get into the current political scene in Andhra Pradesh, that is heating up by the day!

Bhuma Akhila Priya’s parents – Bhuma Nagi Reddy (2-time MLA and 3 time MP) and Shobha Nagi Reddy (4 time MLA)– were powerful political leaders in the Nandyal region of Andhra Pradesh. The mother Shobha Nagi Reddy died in an unfortunate car accident in April 2014. She was contesting as an MLA on behalf of YSRCP, and the election was postponed owing to the death. Akhila Priya was nominated by YSRCP to contest the election in November 2014. A tradition in AP has been in vogue – if a sitting MLA dies and a family member is given ticket, all other political parties will not contest the election. Akhila Priya won unanimously as the MLA.

The father Bhuma Nagi Reddy, was getting vexed with YSRCP – and along with daughter and other followers, re-joined TDP in Feb 2016. Of course, the incentive was that either he or his daughter will be made a minister. Bhuma Nagi Reddy suffered a massive heart attack in March 2017 and passed away. About a month later, Akhila Priya was inducted into the cabinet of Chandrababu Naidu as tourism minister.

At the time of his death, Bhuma Nagi Reddy was representing the Nandyal Assembly constituency. The death mandated a by-poll. Tradition demanded that TDP will decide the candidate, and all other parties will not put up a contest. And here’s where all hell broke loose. Akhila Priya wanted the ticket to be given to one family member. Other powerful members also wanted the ticket. So, the guy who didn’t get ticket from TDP, re-joined YSRCP, and the YSRCP upped ante by announcing a fight in this election.

The upping of the ante didn’t stop at merely announcing a fight. The famed Prashant Kishor is now advising YSRCP. The advise given to Jagan Mohan Reddy, who leads the YSRCP, was to camp in the Nandyal constituency for 10 days, and do road shows every single day. Advise or no advise, Jagan Mohan Reddy has resorted to the lowest level of campaign speeches. First, he said there is nothing wrong if Chandrababu Naidu is shot in the middle of the road!

Needless to say, there was an uproar, and EC sent him a notice. Jagan wrote to the EC apologizing, and then came back on the campaign trail and then tells us that there is nothing wrong if Chandrababu Naidu is hanged to death.

Dear reader – are you trying to recover from the shock? Now, do the barrage of attacks by Ms. Roja on Ms. Akhila Priya make sense? Do those attacks seem miniature compared to what Jagan is doing? Are you wondering why do they have to plumb to such depths? Don’t – because we are now used to this! What should worry us is this - the crowd cheered both the times Jagan wished the death of Chandrababu Naidu. This is being touted as a very close election – which means the possibility of Jagan’s candidate winning is quite high. This would also mean that people gave credence to the abusive campaign mounted by the YSRCP.

Chandrababu Naidu too lost his cool on a campaign trail. A citizen was shouting when he was addressing a rally - the citizen was complaining that there is no power in Nandyal. Chandrababu accused him of being a YSRCP agent, a drunkard, and warned him of spreading falsehoods. The viral video has dented the credibility of the CM. Surely, it doesn’t behove the status of a Chief Minister to warn a private citizen in this manner, even though he was disrupting the speech!

The Nandyal by-election is the most prestigious by-elections in recent times. The YSRCP is fighting to stay alive; and the TDP cannot afford to lose this election because of the ripple effect it might create. And nothing is off the table, to win this election. If encouraging the death of sitting CM fetches attention and some votes, so be it. If accusing the sitting minister of not being traditional because she doesn’t wear sarees, so be it. The election is on August 23rd. Wondering what else we will have to hear!