Indian MoS for Defence Production, Rao Inderjit Singh, met French Minister of Defence Jean-Yves Le Drian on Wednesday, June 17, 2015 in Paris. Among other things, the two ministers discussed India's desire to equip its Brahmos supersonic cruise missile with inertial navigation system developed by French company Safran (Sagem). The French minister agreed in principle to the sale which will be progressed by bureaucrats from both countries

The imperative to replace the inertial navigation system at this late stage in the life cycle of the missile (first test launched in India in late 2004) may confound many defense watchers. It's clear that the currently fitted INS is deemed inadequate. As to the late realization, there is probably a less damning explanation than DRDO ineptness.

The primary navigation system of the Brahmos is SatNav, with INS being the fallback system. The navigation system is required to bring the missile within close proximity of the target so as to allow the terminal seeker to lock on for pinpoint endgame accuracy.

When Brahmos was developed SatNav was considered accurate and reliable. Today, SatNav is even more accurate, but very unreliable! Electronic Warfare (EW) is the reason!

SatNav signals can be jammed or spoofed.

A SatNav jammer broadcasts noise (in the L1 and L2 bands typically used for SatNav signals) to overwhelm the rather weak signals emanating from a navigation satellite high in Geosynchronous or Geostationary orbit. Placed in the vicinity of the target, a jammer can cause a SatNav guided missile, shell or bomb to go astray during the endgame.

Typically, a navigational drift is caused by first broadcasting a signal synchronized with the actual GPS signal and then introducing a progressively increasing error.

It is believed that such spoofing lead astray a Lockheed RQ-170 drone aircraft in northeastern Iran in December, 2011, resulting in the drone's capture.

It is interesting to note that GPS jamming has rapidly evolved over the last five or six years. When India procured the Brahmos from Russia in the early years of the century, GPS jamming wasn't a serious threat. Today you can buy a GPS area jammer for a few thousand dollars. As a result, future battlefields will bristle with them!

The US is facing up to the reality of GPS jamming by improving the accuracy of the fallback inertial systems on its smart weapons, or adding laser guidance as an endgame alternative to SatNav and coordinates.

The widely used US Direct Attack Munition (JDAM) guidance kit that converts unguided gravity bombs, or "dumb bombs," into smart munitions is being tweaked to be more GPS jamming resistant. Proposals to incorporate laser guidance and imaging target recognition are being looked at.

Like the US, India sees the need for a very accurate inertial navigation system that can take Brahmos to its terminal seeker lock on zone for the target if SatNav is compromised.

The rapidity with which the relevance of the Brahmos missile has come into question because of EW has lessons for India.

DRDO's claim that it co-developed the Brahmos notwithstanding, the missile was Russian, and now it has become Russian and French.

Having developed the INS for the missile, RCI appears to have rested on its oars, allowing obsolescence to creep in. Or perhaps RCI didn't develop the INS in the first place?

To its credit, RCI has been focusing on improving SatNav capability.

On July 8, 2014 a Brahmos missile featuring a G3oM navigational system on chip (SOC) was successfully tested. Developed by RCI  lab and produced by Bengaluru based private company Accord Software, the 17-gm G3oM chip can utilize either the GLONASS military signal, or the GAGAN (Augmented GPS) signal, seamlessly and automatically switching between the two, to provide positional updates to host missile or aircraft to an accuracy of 3m. (In future, Indian missiles will have access to the military signal of the IRNSS.)

G3oM reportedly features two antennas for redundancy; in case one antenna is shielded as a result of maneuvering by the host missile, aircraft or even tank, the other antenna ensures access to satellite signal.

The G3oM is small enough to be fitted on Pinaka artillery rockets and smart bombs to make them deadly accurate. 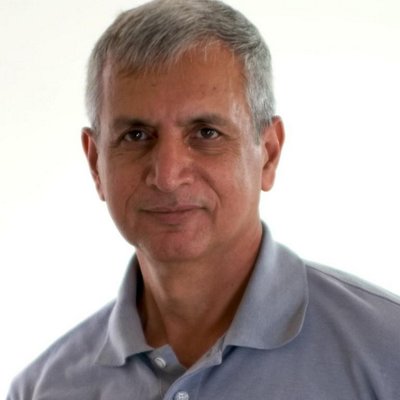