Mumbai needs the Metro - Here are the facts about Aarey Forest and Mumbai Metro that some 'activists' do not want you to know. 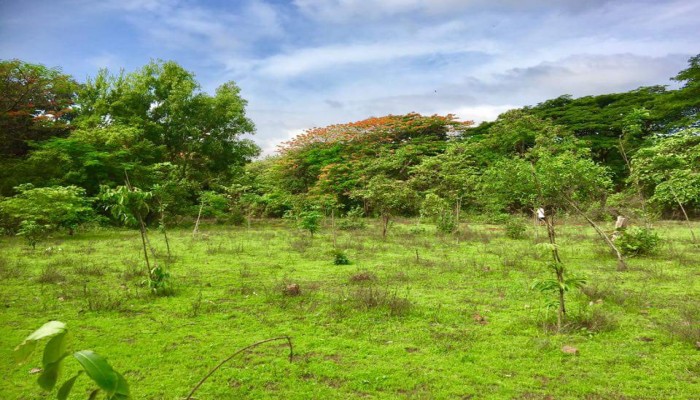 The recent protests by some activists and Bollywood actors have compelled me to put the facts of this project before everyone and how myths are being spread about this project.

We have all witnessed mass destruction of natural resources, and the fact that people feel passionate about environmental concerns w.r.t Aarey Forests leaves me very assured. People need to wake up and need not mock real environment activists. But frankly, right now that is not the case in Mumbai.

I believe that you all are aware of the fact that more than 3000 people die on Mumbai rails every year. Yes, nearly 3000 every year! Almost 8 EVERYDAY! No activists stand for them! These fake activists protesting now, never took out a Dharna to make travel human for millions of Mumbai citizens.

It is the working-class population of Mumbai - those who travel from Borivali to Churchgate, Dombivili to Byculla or Harbour to Panvel in insanely crowded Mumbai locals every day - that suffer the most. Mumbai needs Infrastructure, and Metro is vital to a City of this size and population. A city like Mumbai deserved a full-fledged metro at least five decades back.

Let me present the facts of this project:

To improve the transportation in Mumbai and to cater to future travel needs, the Maharashtra government, through the MMRDA, began exploring the viability of various alternative mass transit systems that are efficient, economically viable, and environment-friendly. A detailed feasibility study was carried out (1997–2000), TWO DECADES back.

The money for this project is being borrowed from the Japanese International Cooperation Agency (50%), the state government (16%), the central government (14%), and others. The Metro master plan ready in 2012. The Japanese Agency must be laughing at us.

Any development project of this scale requires calculated deforestation. It is stunning how it took SEVEN YEARS - only to decide on how many trees it would need to cut. In less time, Australia would finish the Oceania-Sydney Metro. Beijing has already finished constructing the world's largest airport in less time. The same 'environment-activists' would share pictures on their Instagram, asking - 'why can't we have it in India?

Aarey is a vast area that includes protected forest and eco-sensitive zones. The particular place which the Metro Project is going to use comes under none of these. Usually, trees are planted on any vacant government-owned land, where there is no project taken up. When all the options of the Metro Project were considered, the committee, after looking at the cost-environment concerns in mind, came to the conclusion that there is no other better option than this place.

Some activists went to court against this decision. The Maharashtra High Court gave the ruling in favor of the State Govt. Then the case went to the Green Tribunal. The activists did not get any relief there too. They went to the Supreme Court. The SC, in its decision, clearly suggested that this is a non-forest land, and after considering the specific intent of the State Govt., it gave the verdict in their favor, advising them to take recommendations from the Tree Authority and plant trees.

The Tree authority gave permission on September 13, asking the Metro to wait for 15 days before it starts cutting the trees. It waited till September 29, but some PILs were filed in the HC, so the Metro again waited for the court's decision. When Bombay HC dismissed all Aarey petitions on October 5, it paved the way for the felling of the trees. But it did not stop the usual suspects spreading Fake News about the 15 days cooling-off period not adhered to.

The fact is that this Metro Project will mitigate 2.5 Lakh metric tons of Carbon Footprint every year. But your activist friends give us the reasoning of environment protection in their warped sophistry and expect some 2700 trees to clean up all their dirty emissions. It's not those specific trees that make us environment-friendly, it's the choice of a carbon-neutral mass rapid transport that does.

Another angle is that why should the government leave a private land owned by itself and buy land from private owners that would cost them nearly Rs 5000 Crores? Who do your activist friends want to help? This would increase the cost and make Metro a non-feasible project.

The proposed Metro-3 shed is 30 hectares in size. The Film City is 210 hectares in size. So apparently for your activist friends, it was fine to destroy the "green lungs" of Mumbai, but Metro is an environmental hazard when millions of ordinary middle-class citizens will benefit from this mass public transit project?

Or, is this activism because the Sanjay Gandhi National Park (SGNP) has asked the Film City in their last letter (August 2019) to return 51 acres of forest land that was transferred to it by mistake in 1969 and the massive land scam that has unearthed?

The NGO Mafia has pushed this groundless, malicious campaign too far, and it will neither be forgiven nor forgotten. We are thankful that we have an influential social media, and ordinary people can push back against lies.

There are 4.8 Lakh trees in Aarey. Out of which 2238 will be cut and 464 transplanted. Less than half percentage point. Are these 2000 odd trees in Aarey the only lung left in the whole city to breathe?

India has increased its leaf area way above the global average. The Maharashtra government itself has planted more than 240 million trees in the last 3 years. Metro will only decrease the net Carbon footprint, so helping the project sail through smoothly benefits everyone.

Several Courts have given the go-ahead with the project and cut these 2300 trees after a detailed study of the pros and cons. The protest is fine up to a point. Respecting court order is also part of the citizens' charter. These folks who were feeling hurt on trees being cut should ideally join the pledge to plant a hundred times more trees than those uprooted.

Those leading the charge against Mumbai Metro and mourning a few thousand trees are, in fact, the enemy of the poor, and, of the environment. The clueless Bollywood actors rejoicing over the SC order that asked the government to stop felling the trees is laughable. The trees that needed to be cut have already been cut, and the next hearing date is October 21, the election day. This issue will also die a natural death like Rafale.

As for those, the interest of the people of India is supreme, they do not think much of the dunderheads.