Mr N Ram and The Hindu get their 'exclusive' story on Rafale completely wrong. A graph from his own story demolishes his piece. 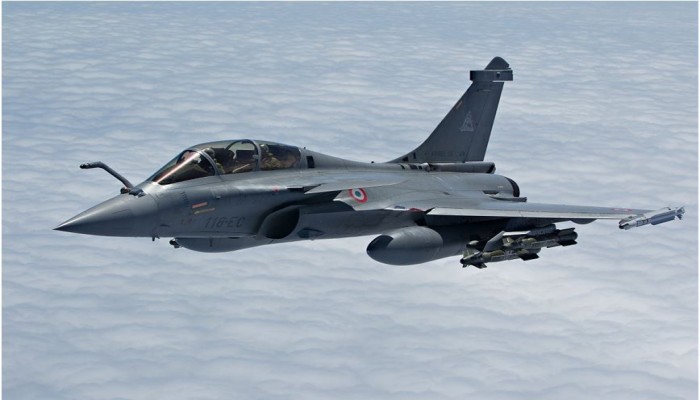 Over the past 10 years, 100s of volunteers on social media took pains to research and call out poorly researched articles and fake news in the mainstream media (MSM). However, today’s article in The Hindu by none other than N. Ram has a rare distinction. Just one graph that he has himself published demolished his entire carefully crafted long piece on Rafale!

Let’s take a look at his graph only.

N. Ram tells us that the cost of the “barebones” aircraft is indeed lesser than what was negotiated in 2007.And then tells us that the costs of “design and development” has increased from 11 million to 36 million. The grouse of N. Ram is that the 13 India specific enhancements that this 36 million euros entail, have not been disclosed. That’s it – that’s the basis of his entire story today! Duh – they have not been disclosed in the interest of National Security. It may not be paramount to you, but to a vast majority of this country, National Security is very paramount. The Defense Minister has categorically answered the same in her 2 hour long reply in the Lok Sabha too.

This fallacious argument has been repeatedly shred to pieces, by volunteers, journalists, bureaucrats, ministers, and the Supreme Court. Yet, N. Ram thinks he has some path breaking journalistic article in today’s paper!

He makes yet another bizarre but an old argument – “.it is extremely unlikely that this information can remain a secret from the international community of military experts and journalists specializing in defense and security matters.” Shekhar Gupta has already made this argument in 2018 (“Today’s arms bazaar carries almost no secrets about platforms, weapons and accessories.”). I asked then and I ask now – hasn’t the job of Indian journalists become very easy if this information is not a secret in “international community of military journalists”? Instead of rehashing Rahul Gandhi’s lies, why couldn’t N. Ram do some real journalism and talk to these “international experts” to get the breakup of the 13 Indian specific designs?

Instead of doing such homework, N. Ram makes a dubious claim as follows:

“Official objections”? N. Ram has dedicated significant space to tell us that the pricing was Okayed by a 7 member committee on the basis of a 4-3 majority. What is the problem if the decision was based on a majority? So I read through the entire section again to see what was the exact concern of N. Ram on official objections. His only concern was all decisions were taken by a majority of 4-3. Still beats me – so what is the problem?! Is he implying that the decision should have been 7-0? Or 6-1? Of 5-2? Anything but 4-3? This is perhaps for the first time in the history of any argument that was ever made, we are being told that a group of people took a decision based on a majority vote!

Pertinent to recall how The Hindu’s board voted 6-6 for a recommendation to sack Siddarth Varadarajan as their editor. N.Ram then cast his additional vote as chairman, and facilitated the removal of Siddarth Varadarajan as editor of The Hindu. A 7-6 majority is ok in The Hindu’s board room, but a 4-3 majority is not ok for a defence deal? Or even this note by N.Ram back in 2005, where he has emphatically declared that 80% readers were in favor of the design change at The Hindu, and 20% weren’t. Despite that The Hindu went ahead with the change of design. Now, is this is a scam dear N.Ram? Do you have no limits to your hypocrisy, dear N.Ram?

“Bypassing mandated procedures”? Notice how the article doesn’t mention a single procedure that was bypassed! All N.Ram mentioned is that Defense Minister Manohar Parrikar didn’t take a decision on his own and instead passed it on to the Cabinet Committee on Security. This is neither a procedure violation nor a scam. N.Ram knows this fully well, but he also knows fully well that all he needs to do is use fancy words to create doubts in the minds of the gullible reader.

Also, in the same article, N.Ram rues that mandated procedures were followed in rejecting Eurofighter’s proposal. No, am not making this up. Here is N.Ram in his own words in the exact same article where he rued about imaginary “bypassing” of mandated procedures – “The official stance that entertaining the offer at that stage was impermissible under the DPP and would also be violative of CVC guidelines was, at best, a debatable position to take.”

Eurofighter’s proposal came in after the bidding process was closed – so why would the bidding process be reopened again to facilitate a fresh offer?! To do so would be violative of established procedures, and the stickler to rules that N. Ram is, he would have written a hard hitting editorial exposing the Modi government! It still amazes me as to how he cannot see his own hypocrisy.

We can discuss more, but N. Ram has further made our job easier. In conclusion he writes, “no money trail has been discovered so far in the current case.” So let’s summarize the article – There is no money trail to indicate a scam; the prices negotiated and finalized in 2016 are cheaper than equivalent negotiations only prices of 2007; decisions were based on a majority; established procedures were diligently followed; secrecy was maintained to honor National Security – so what exactly is the problem dear N. Ram?