Modi asks Companies to comply with the Law- Idea of India stands threatened! 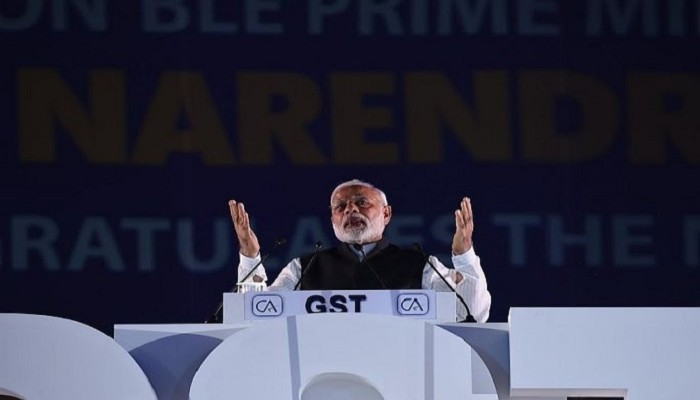 On July 1st, the Prime Minister of India made a significant announcement, while addressing the Chartered Accountant (CA) community. 48 hours before GST was launched, a whopping 1 lakh companies have been de-registered. Data mining from demonetization has helped achieve the elimination of these many bogus companies with “one stroke of a pen, in just one minute”.

On July 3rd, the usual suspects were at it again. Here is a big report in The Hindu today (pasting the image to show you the importance they have given to this report)

So, what is the furore about? Please allow me to present another image, from the same report, that summarizes the “furore”, and highlight the first point.

The newspaper report says – “This seems more like a veiled threat to all the companies to comply with the law,” said an expert, requesting anonymity given the sensitivity of the issue as the Prime Minister himself had made the statement.”

“Veiled threat to comply with the law”? Goodness Gracious!

The report also states this:

“Sources pointed out that there is nothing unusual about striking off names of companies from the ‘register of companies’.”

The sequencing of the report gets more bizzare.

“The CAs and lawyers contacted by The Hindu said they were waiting for a list of companies and the reasons for de-registration,…”

“Whether under the provisions of the Income Tax Act or Companies Act, the companies are always given an opportunity to respond before any action is taken against them, including striking off the names, the sources said,”

They dedicated another full paragraph to just explain that the procedure demands that the companies typically get an opportunity to respond.

This gave me, the reader, the impression that the Modi government didn’t give them any opportunity to respond. It felt as if, Modi woke up one day and decided that today is the day 1 lakh companies get de-registered because he felt like it! The last line of the report told us a completely different story.

“In April this year, the government (RoCs in several States and union territories) had issued show cause notices to over two lakh companies under the Companies Act for striking off their names. The country has over 15 lakh registered firms.”

Whoa – in April this year, show cause notices were given to over 2 lakh firms! Then what is the “furore” about? Where were the “sources” of The Hindu who wanted to see the list of 2 lakh companies? The rules say that companies get 30 days to respond, and if not satisfied with the reply, government can de-register. April to June is definitely more than 30 days time!

Basically, here is the sequence- data mining happened; companies were sent notices; the “unusual” decision of de-registering one lakh companies was taken; and all along the “sources” were fast asleep!

The report simply put, is baffling. The report is also the standard template that the English language media follows – first, come up with some vague argument and attribute it to “sources”; then, weave an entire article around it; finally, come up with a jazzy headline that will confuse the reader further. Or create further “furore” in people’s mind. If “comply with the law” is creating a “furore”, then so be it!