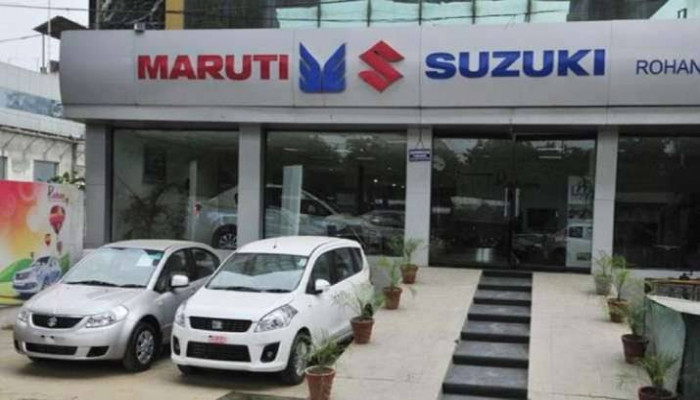 Maruti Suzuki India Limited has reported that the carmaker will scale down its production operations at both Haryana and Gujarat plants by 60 per cent in September 2021.

Owning to the supply constraint of electronic components due to semiconductor shortage, the company is expecting an adverse impact on vehicle production in September in both Haryana and its contract manufacturing company, Suzuki Motor Gujarat Pvt Ltd. (SMG) in Gujarat.

It is currently estimated that total vehicle production volume across both locations could be around 40 per cent of normal production.

When plants operated at peak capacity in June, Maruti manufactured 1,70,719 units in July but industry sources said that it produced 1,33,520 units in August, cutting its production by 22 per cent.

A 60 per cent cut will mean the company will produce around 68,000 vehicles in September, effectively hitting sales during the festive season.

This means a longer waiting period for cars and will also lead to some of the variants becoming unavailable at showrooms.

Maruti’s senior executive director, Shashank Srivastava, had on Monday said in an interview that sales will be hit by a global shortage of chips that has been disrupting production. “Shortage of semiconductors will stretch for September. As of now, it looks like supply will lag behind demand,” he said.

According to the sources, the company thought it would be able to tide over the crisis by rationalising production of a variant which uses less semiconductor chips.

“Bosch is a large supplier of Maruti and the company was informed that supply will be directly affected as the plant is expected to be completely shut through August and the beginning of September,” an industry source said.

Sources said industry lobby group Society of Indian Automobile Manufacturers (SIAM) has asked the ministry of external affairs to reach out diplomatically so that when the plant reopens, Indian automakers are prioritised.

Other countries like the US have also started negotiating with chipmakers in Taiwan and South Korea to book slots for semiconductor supply. But according to Maruti chairman RC Bhargava, the crisis will stretch till the end of 2022.