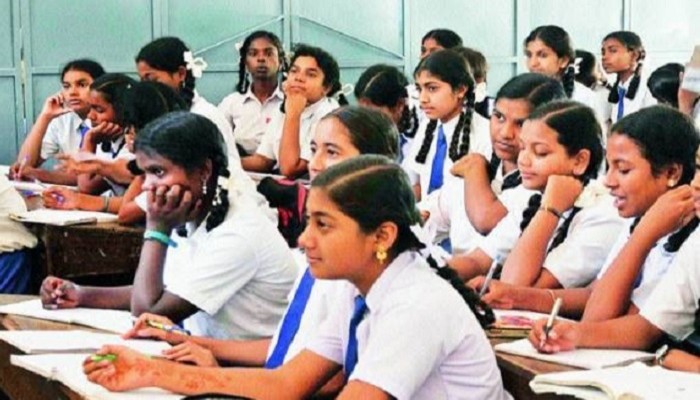 Article 21A of the Indian Constitution mandates the State to provide free and compulsory education to all children between the ages of six and fourteen is the main reason for the creation of the RTE Act. The RTE Act gives effect to Article 21A and implements it. An understanding of the circumstances under which this important article got added to our Constitution is important to get the right perspective about the whole issue surrounding the RTE Act.

In the year 1992, in the “Mohini Jain vs State of Karnataka and Others” judgement, the Supreme Court of India held that the Right to Education is a fundamental right that derives itself out of Article 21 of the Constitution. Adding on to this, in the year 1993, in another important judgement “Unnikrishnan JP and Others vs State of AP and others“, the Supreme Court upheld the recognition of education as a fundamental right, and also commented on the lack of progress on ensuring it’s delivery in spite of the presence of Directive Principles in the Constitution, such as Articles 41 and 45.

As a fallout of the Unnikrishnan judgement, the Department of Education, Ministry of Human Resource Development (MHRD) constituted a Committee of State Education Ministers under the Chairmanship of Shri Muhi Ram Saikia, Union Minister of State for HRD in the year 1996. The Committee submitted its report in the year 1997. It made several recommendations but the most important recommendation was related to Constitutional provisions. The Committee recommended that the Constitution be amended and free education be made a fundamental right. The following was its recommendation.

“The Constitution of India should be, amended to make the right to free elementary education upto 14 years of age a fundamental right mental Right. Simultaneously, an explicit provision should be made in the Constitution to make it a Fundamental Duty of every citizen who is a parent to provide opportunities for elementary education to all children up to 14 years of age.. Consequential amendments to the Directive Principles of State Policy as enunciated in Article 45 of the Constitution should also be made”

Draft Bill of Article 21A:

Considering the directions of the Supreme Court in Unnikrishnan and the recommendation of the Saikia Committee, the MHRD introduced The Constitution (Eighty Third Amendment) Bill 1997 which would make compulsory education of children a fundamental right. The  bill proposed the addition of a new sub-article (A) to Article 21. The draft bill was as below:

21A(1) The State shall provide free and compulsory education to all citizens of the age of six to fourteen years.

Clause(2) The Right to Free and Compulsory Education referred to in clause (1) shall be enforced in such manner as the State may, by law, determine.

Clause (3) The State shall not make any law, for free and compulsory education under Clause(2), in relation to the educational institutions not maintained by the State or not receiving aid out of State funds.”

As we can see, this draft bill had a Clause(3) that explicitly kept out all private educational institutions out of the purview of this amendment. In other words, the burden of providing free education would remain fully on the shoulders of the State.

This bill was sent to the Standing Committee of Human Resource Development of the Rajya Sabha and the Committee submitted its report in November 1997.

The Committee recommended the removal of Clause(3) of the draft bill. The reasons given for this recommendation were that:

The exact recommendation of the Committee is reproduced below:

“15.14. Clause (3) of the proposed Article 21(A) prohibits the State from making any law for free and compulsory education in relation to educational institutions not maintained by the State or not receiving aid out of State funds. This issue was discussed by the Members of the Committee at length. The members were in agreement that even though the so called private institutions do not receive any financial aid, the children studying in those institutions should not be deprived of their fundamental right. As regards the interpretation as to whether the private institutions should provide free education or not, the Committee is aware of the Supreme Court judgment given in the Unni Krishnan case. This judgment provides the rule for application and interpretation. In view of the judgment, it is not necessary to make a clause in the Constitution. It would be appropriate to leave the interpretation to the courts instead of making a specific provision in black and white . Some members, however, felt that the private institutions which do not get any financial aid, provide quality education. Therefore, it would be inappropriate to bring such institutions under the purview of free education. Those members, accordingly, felt that clause (3) should not be deleted”

“15.15. The Committee, however, after a thorough discussion feels that this provision need not be there. The Committee recommends that clause (3) of the proposed Article 21(A) may be deleted…..”

One member of the Committee, Smt Hedwig Michael Rego, who was an Anglo-Indian and an educationist and part of Frank Anthony Public School, Bengaluru for many decades vehemently opposed the removal of this clause which gave protection to private educational institutions. She even went to the extent of recording a dissent note, which had to be incorporated into the report.

I vehemently oppose the State wanting to introduce free and compulsory education in private, unaided schools.

Clause 21A (3) must be inserted as I do not wish the State to make laws regarding free and compulsory education in relation to educational institutions not maintained by the State or not receiving aid out of State funds. A Committee of State Education Ministers have already considered the issue in view of the Unni Krishnan case, and found it not feasible to bring unaided private educational institutions within the purview of the Bill.

Hence, I state once again that the proposed clause “21A(3”) must be inserted in the Bill.

Soon afterwards this report was tabled in both houses of Parliament in 1997. However, the Lok Sabha was dissolved shortly and the Bill could not be passed.

From 1997 to 2000, the Law Commission of India was headed, as Chairman, by Justice B P Jeevan Reddy. Co-incidentally, Justice Reddy was one of the Judges who delivered the Unnikrishnan judgement.

In 1998, he took up the issue of free and compulsory education, suo moto, and produced the 165th Law Commission Report on the same topic. The report covered several aspects of the issue of education. Here however, we will limit ourselves to its recommendations on the draft Article 21A.

The Law Commission report strongly opposed Clause (3) of the draft Article 21A bill. It said that private educational institutions also had a social obligation towards educating children. The main line of argument was that since private schools also get affiliation from the State, they are bound to serve public interest by participating in delivering the right to education.

In fact, the report suggested that private institutions must be mandated to reserve 50% of their seats for imparting free education! It suggested that the percentage could be 20 to begin with which, over time, could be increased to 50. The relevant section of the report is as below:

“However, applying the ratio of Unnikrishnan case, it is perfectly legitimate for the State or the affiliating Board, as the case may be , to require the institution to admit andimpart free education to fifty per cent of the students as a condition for affiliation or for permitting their students to appear for the Government/Board examination. To start with, the percentage can be prescribed as twenty….”

“So far as clause (3) is concerned, the Law Commission states that it should be totally recast on the light of the basic premise of the decision in Unni Kirshnan which has been referred to hereinabove”

“The unaided institutions should be made aware that recognition, affiliation or permission to send their children to appear for the Government/Board examination also casts a corresponding social obligation upon them towards the society. The recognition/affiliation/permission aforesaid is meant to enable them to supplement the effort of the State and not to enable them to make money. Since they exist and function effectively because of such recognition/affiliation/permission granted by public authorities, they must and are bound to serve the public interest. For this reason, the unaided educational institutions must be made to impart free education to 50% of the students admitted to their institutions”.

It is interesting to note that as part of this report the Law Commission went ahead and provided a draft Bill to implement free and compulsory education in the Country. Even a cursory reading of this draft Bill (Page 86 onwards, in the report) is enough to confirm that the current RTE Act has relied heavily on this draft Bill.

Finally in the year 2002, the NDA-I Government passed The Constitution (Ninety Third Amendment) Bill 2002, and inserted Article 21A into the Constitution. The new Article was as follows.

“21A. The State shall provide free and compulsory education to all children of the age of six to fourteen years in such manner as the State may, by law, determine.”

Note that the amendment, as passed by Parliament, has no clauses, and does not exclude private unaided educational institutions. The assertion of the Parliamentary Standing Committee that the task of leaving out private institutions must be left to the courts was accepted.