Making divorce easy? Or barking up the wrong tree? 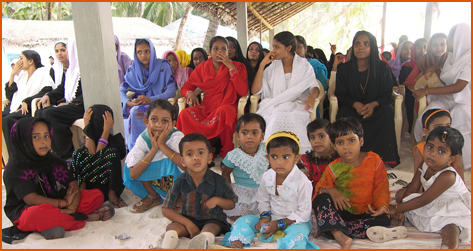 âLechindi nidra Lechindi Mahila Lokam, daddarilindi purusha prapanchamâ(https://youtu.be/MmVujeuCKmI: the womenâs world has woken up from slumber, and the manâs world shook with panic) was a Telugu movie song I used to love as a child. As a fiery young woman, I frowned upon what I thought was âmisogynyâ on the part of one of the greatest Telugu lyricists ever. Now I admire the clarity of thought of Sri Pingali Nagendra Rao garu who penned the song way back in 1962, at a time when the country was still tolerant to truth.

To elaborate on Pingali garuâs poetic rendition of facts, the first Lok Sabha in India in 1951 had 22 women MPs. Soon after, in 1955, with the advent of the Hindu Marriage Act (HMA) in 1955, Indian society was, for the first time, introduced to the concept of âdivorceâ. Contrary to its title, the HMA has nothing to do with marriage. It does not explain what marriage means nor does it enumerate the responsibilities of a wife and husband towards themselves, each other, their children, both sides of the family or the society. It enumerates circumstances in which a Hindu marriage can be legally broken. It was introduced to enable women who could not tolerate marriage to legally liberate themselves from wedlock, and to claim share in the marital property in the name of maintenance and alimony (HMA Section 24).

The most common grounds for divorce â cruelty, desertion, impotence, adultery etc. â are not only poorly defined, but are also difficult to prove. In addition, because litigation involves evidences and arguments from both parties, HMA did not prove as âempoweringâ to women as was envisioned by womenâs rights activists (WRAs).

Enacting the Hindu Adoptions and Maintenance Act of 1956, which entitles a woman to be maintained by her husband during her entire lifetime (Section 18), and CrPC of 1973, which extends maintenance to wives indefinitely even after divorce (Section 125), did not do the magic either, since they still involved time taking two-sided legal procedures.

In the year 1983, the Parliament passed a criminal law, Indian Penal Code 498A, which made âcruelty towards a married womanâ a cognizable and non-bail able offence. Here, the word âcrueltyâ was left undefined and allowed to be a function of a womanâs perception and her lawyerâs imagination. Divorce and maintenance cases, combined with this draconian criminal section, which allows immediate arrest and incarceration of the husband and in-laws, proved to be fantastic tool of blackmail, vengeance and extortion in the hands of disgruntled wives for many years. It was accompanied by vigorous campaigns by WRAs to âsensitizeâ the police and the judiciary to be sympathetic towards women. Even such drastic measures did not prove to be âempowering enoughâ according to WRAs, because not all husbands succumbed.

The conviction rates under IPC 498A remained very low and the law only gained notoriety for its misuse. The hope that all husbands could be reined in and forced to pay a âmonetary compensation/settlementâ under the fear of arrest and criminal prosecution started waning.

In 2005, a new and elaborate civil law, Protection of Women from Domestic Violence (DV) Act was introduced. The act not only categorized every possible male action as an act of domestic violence, it also made provisions for a wife and a live-in partner to use DV accusations to claim monetary reliefs including maintenance (Section 20) and residence rights (Section 19) in the same property where the alleged violence had occurred.

Every year, several thousands of Indian women leverage the power sanctioned to them under these laws to terrorize husbands and to extract alimony and maintenance from them. Still, the utopia envisioned by the WRAs remained elusive since entangling a man in multiple litigations ensured neither speedy divorce nor quick extraction of maintenance and alimony.

In 2013, the Rajya Sabha approved the Marriage Laws (Amendment) Bill which, once again, claimed to make âdivorce friendly for womenâ by providing for the wife, a share in the husbandâs immovable property, after âirretrievable breakdown of marriageâ. The Bill empowered the courts to decide the âcompensation amountâ from the husbandâs inherited and inheritable property. Recognizing the âgrave and far-reaching legal, social and economic implications of the proposed amendmentsâ as pointed out by senior citizens groups and NGOs working for men, the NDA Governmentâs Law Ministry decided to put the Bill on hold.

According to the news reports, there is now a fresh proposal âto explore the possibility of making it easier for women to walk out of a marriageâ. This brand new endeavor, backed by the Minister of Women and Child Development, Maneka Gandhi, proposes to give legal validity to prenuptial agreements.

The Economic Times (18 Sept 2015) quotes an official of the Ministry of WCD who stated that the introduction of prenuptial agreements will âsave marriagesâ because, "once, the liabilities, assets and responsibilities are decided in advance, a husband will be more careful and cautious in seeking dissolution. He would have a clear idea of the amount of alimony he will have to pay to his wifeâ.

The article also quotes another senior official of the Ministry who supported prenuptial agreements as a way to counter the âjudicial delays on account of backlog of casesâ, and the âdelaying tactics husbands resort toâ.

It is noteworthy that for the last 60 years, champions of womenâs empowerment have been preoccupied with women obtaining an easy divorce and collecting maintenance and alimony by hook or crook. Their proposal to legalize prenuptial agreements is neither novel in its approach nor noble in its goals.

Aside from the fact that this initiative too has nothing to do with really empowering women, here are just a few problems with prenuptial agreements:

It is about time the Ministry of WCD stops barking up the wrong tree and looks into positive ways of empowering women by helping, stimulating, supporting and encouraging them to achieve true economic independence. It is time we realize that unless women learn to want economic independence and unless they work hard to achieve it, without depending on maintenance and alimony, all the talk about empowerment and equality is meaningless.

It is time the âwomenâs worldâ awakens to this reality and embraces ways that are uplifting to themselves and the entire society, rather than those that shake men with fear and shatter their lives.