'Made in Andhra Pradesh' stone tools are older than homo sapiens, test reveals 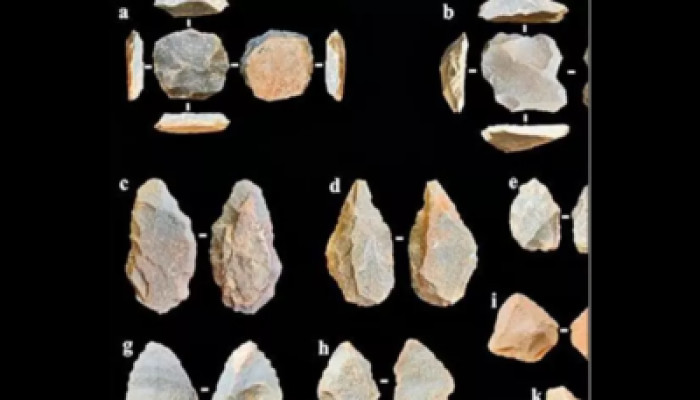 For long it had been assumed that modern humans (homo sapiens) migrated from Africa to India around 1.25 lakh years ago and they carried middle palaeolithic stone tools with them to the country.

According to a report by the Times of India, scientific dating of artefacts excavated in 2018 from Andhra Pradesh busted these concepts recently. It has revealed that these stone tools were actually indigenously developed in this country much before the advent of modern humans from the African continent.

The dating of these tools/artefacts was carried out in the Luminescence Laboratory at the Atomic Molecular and Optical Physics division of Physical Research Laboratory (PRL), Ahmedabad.

Till now credit was given to the migrants from Africa who entered India through the Arabian Peninsula-West Asia route, for introducing stone-made tools such as scrapers and points that helped them hunt their prey or gather food for the local land.

But tools excavated from Andhra Pradesh have now pushed back the antiquity of this culture by almost 1.22 lakh years.

Archaeologists from MS University have carried out scientific dating of the stone tools that were excavated from Hanumanthunipadu in AP's Ongole district in 2018. The artefacts date back to 2.47 lakh years.

The study provides an entirely new version of human evolution in India. Researchers say the stone tool technology was invented indigenously even before modern humans came to this region. "In layman's language, we are saying that the stone tools like points, scrapers, notches, flakes etc which were probably used for hunting and gathering food were present in the Indian region even before the modern humans migrated from Africa to India," said Devara Anil Kumar, assistant professor at MSU's Department of Archaeology and Ancient History. Earlier theories were based on the excavation of tools from four sites - Jwalapuram in AP, Sandhav in Kutch (Gujarat), Katoti in Rajasthan and Dhaba in Madhya Pradesh.

"The tools excavated from these sites were not older than 1.2 lakh years. These made scientists think that middle palaeolithic stone tool technology or culture is not older than 1.22 lakh years. But now we can say that the middle palaeolithic culture existed in India even before 1.22 lakh years," said Anil Kumar. "These tools were probably made by any of the archaic hominins but due to the absence of fossil remains, it is difficult to say who made these tools. But they were certainly not homo sapiens or modern humans," he said.