Legal immigration woes of Indians in the US 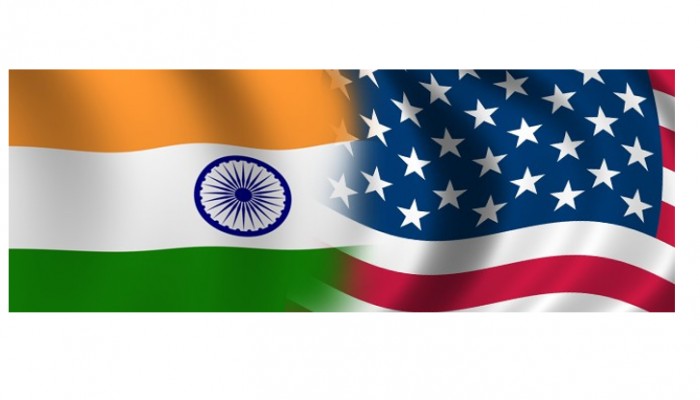 Legal immigration woes of Indians in the US

Migration is a genetic trait in humans. An article published back in 2012 on National Geographic merely affirmed that. Since the stone age humans have migrated for food. Early river valley civilizations like Indus valley, Hwang Ho valley, Nile, Tigris/Euphrates saw humans migrate and settle in places for water, agriculture and various other reasons. Many in the bronze age and medieval era migrated for trade and education. During the dark ages in Europe many attempted to discover a sea trade route to India from Europe. Columbus himself was on one such voyage trying to find a route to India and instead landed in America. In the long history of humankind, migration has always been a constant. In the last 100-200 years one country has grown to be a global power mainly on the plank of immigration. United States of America. The wealthiest country in the world for the last 100 years it has been a magnet for many migrants. The Statue of Liberty and Ellis Island in New York stand testimony to it. "Give me your tired, your poor/Your huddled masses yearning to breathe free", is uniquely identified with the Statue of Liberty and is inscribed on a plaque in its museum.

The Europeans themselves who came to the US during the 17th/18th century in ships crossing the Ocean were given the red carpet by the native Americans. Over the next 200 years the nature of migrants to the US itself changed. During the world wars many escaped the wars in Europe and sought refuge in America.  Many came over from Africa during the 1800s to work as laborers. Many from China reached America to work on railroads in the 1800s as well. This is a short history of migrants to the US. The most recent set of migrants are mainly from India and China who came on work permits as businessmen or on family migration. Mexicans mostly migrate as family migrants.  The political discourse surrounding immigration has always been centered around the theme “America as a land of immigrants”. Very often the sound waves on media has been centered around the undocumented immigrants from Mexico and Central America and their plight as endangered citizens in their own homeland. But hardly any discussions happen around the plight of another set of immigrants. They are legal immigrants from India. Many including myself and my family have become US citizens/Permanent residents by legal means.

It’s worth noting that an article published has mentioned Indian immigrants as the richest ethnic group in the US.  ( https://blogs.voanews.com/all-about-america/2015/05/08/this-us-ethnic-group-makes-the-most-money/ ) Indian community is far and widespread around the US. Most of the family migrants are mostly from one state Gujarat and many from the Technology sector are from the erstwhile undivided Andhra state. The Indian immigrants have been very successful in running major companies in the US. United airlines CEO Rono Dutta (1999-2002), US airways CEO Rakesh Gangwal (1998 -2001), PepsiCo CEO Indira Nooyi (2006-18) and Adobe CEO Shantanu Narayen (2007-present) are among the well-known CEOs. GM’s CFO Dhivya Suryadevara and many Silicon Valley startup/company CEOs are also of Indian origin.  The most famous are Microsoft CEO Satya Nadella and Alphabet Inc.’s subsidiary Google’s CEO Sundar Pichai. At the time of writing, Microsoft is the biggest company in the world by market cap. Google’s parent Alphabet is the fourth biggest listed in the US.

All the CEO success stories mentioned here have one thing in common. They migrated legally entered the US on student visa, got work permits, Green cards and eventually obtained US citizenship. Behind every successful CEO you find many more hardworking immigrants at various positions in the companies and academia. It is quite possible that many of these are of Indian origin as well. Given the fact that India is home to 1/6th of mankind it is just inevitable. Despite so much success very little attention has been given politically to the immigration of Indians.

A typical process of getting legal permanent residence is labor certification, I-140 and then finally I-485 approvals. During President Bill Clinton’s time getting labor certification time was way too long. The concept of reduction in recruitment for employment-based immigration came into force in 1998. This eventually was replaced by a process called Perm which made it faster in 2005.

The biggest reform in recent memory for legal immigrants is America’s competitiveness for 21st century act AC21 became law during President Clinton’s time. Among the many provisions approved along with AC21 was recapture of unused green cards over the years with no per country cap. This was one of the biggest provisions which enabled many Indians including me to get permanent residence and eventually citizenship.

The problem with that was those unused green cards ran out in 2005 and once again bottlenecks which were there in labor certifications earlier moved over to I-485 approvals stage. While much of the US immigration legislation has focused on H1B approvals, scant importance was given to Green cards.

Former President George W Bush once mentioned that India is the biggest source of brain power for the US. CBS merely affirmed it in its 60 minutes episode.

It must be noted that as far back as 2008 Prof Vivek Wadhwa of Duke University had mentioned that ‘America’s loss is the world’s gain”. The Clinton administration had reformed H1B without a corresponding change in Green card issuing mechanism.

Quoting from that article:

Tech and engineering companies founded from 1995-2005:

A fix to the broken immigration system was attempted by US Senate’s Gang of eight including late GOP Sen John McCain in 2013.

Under the bill which passed in the senate:

The bill ultimately failed in the GOP dominated house for two reasons:

Everyone across party lines I have talked to in my adopted hometown, Atlanta has supported more legal immigration without exception.

Retired senator Orrin Hatch (R-UT) has been a consistent supporter of increasing legal immigration. He is consistently opposed by former Senator Jeff Sessions (R-AL) and Chuck Grassley (R-IA).  The successor to Senator Hatch since 2018 Mitt Romney (R-UT) had even gone on record as presidential candidate in 2012 that he will staple green cards to foreign STEM graduates of US universities. Sadly, he lost the elections to incumbent President Obama.

Since taking over the house and Senate from 2014-2016, the GOP majority senate/house did nothing for the legal immigrants though they claim to fully support legal immigrants. Nor did that happen since they took over the White house in 2017 as well. All their actions and inactions affected just one country’s citizens who seek to legally immigrate – India. This is despite the claim GOP is most friendly towards Indian community as may have been reflected in the recent bonhomie between the Indian PM and US President in Houston.

However, “Every Black Cloud has a Silver Lining”.  The most recent bill HB 1044 (House bill passed) which removes the per country cap for Employment based Green card and the S386 with S2603 (Increase annual quota from 140K to 250K) amendment introduced by Dick Durbin will most likely pass in the days or months to come. But the usual immigration hawks like Senators Chuck Grassley and John Kennedy (R-LA) consistently oppose expansion of legal immigration benefits to Indians. I wish the GOP’s stated love for India matches their actions on the floor of senate where it matters the most. Absence of tangible action on legal immigration will ultimately lead the future international students from India to seek better places to put their money. I personally know a few H1Bs who have left for Australia/Canada because those countries offered immediate permanent residence as against the US which is still dragging its feet indecisively on this issue.

Will it happen? I still haven’t given up. After all it did happen in 1999 under President Clinton. Why not again 20 years hence? However, if that or a similar legislation doesn’t pass it may no longer be worthwhile coming to America. After all what is the point in coming over and spending big money when you can’t earn your permanent residence even after 50+ years. No one would want to waste their prime time of life waiting for something that’s never going be theirs. Yes, 50+ years the waiting time for Indians alone. A peace-loving community deserves much better. They can’t be punished for being born in a specific country. Unacceptable and unfair.

PS: This article has been written with inputs from fellow Indians who have suffered or are suffering at the hands of an unfair immigration system.