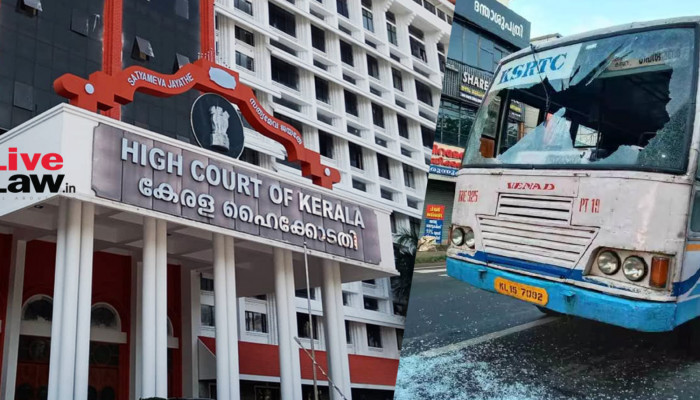 Kerala High Court on Friday directed the Popular Front of India (PFI) and its State General Secretary A. Abdul Sathar to deposit an amount of Rs.5.20 crores with the Additional Chief Secretary, Home Department, towards the damages estimated by the state as well as the KSRTC as arising from the destruction caused to public/private property.

The State Government shall also ensure that in all the cases filed before the various Magistrates/Sessions Courts in connection with offenses committed during the flash hartal called on September 23, Abdul Sathar is arrayed as an additional accused," said the court.

A Division Bench comprising Justice AK Jayasankaran Nambiar and Justice CP Muhammed Nias also held that if the amount is not deposited within two weeks, the state by invoking the provisions of the Revenue Recovery Act should take immediate steps to proceed against the assets of the PFI as well personal assets of its office bearers including the Secretary for the realisation of the deposit amount.

"The amounts so realized shall be purely provisional, and shall be duly accounted for and held by the State in a separate and dedicated account, for disbursal to those claimants who are identified by the Claims Commissioner as entitled to such amounts.

"The PFI and its leaders shall also be liable for such further amounts as are found to be payable to the claimants in the adjudication proceedings before the claims commissioner," said the court.

The Magistrates/Sessions courts in the State, while considering the bail applications of those persons against whom cases have been registered by the police in connection with the flash hartal, shall ensure that payment of any amount quantified towards damage/destruction of property by any of the accused, is insisted from the accused concerned as a condition for the grant of bail to him.

The state informed that the loss of public property was mainly borne by the Kerala State Transport Corporation. The PFI workers attacked the KSRTC buses at several places and smashed the windscreen. KSRTC suffered an estimated loss to the tune of Rs 25 lakhs approximately.

Stoppage of the schedule also caused loss to the corporation and hence the loss incurred to the KSRTC will be much higher. For the destruction of public properties, a total of 63 cases were registered and 48 arrests were already made.

More arrests will be made in the coming days. The damage to the public road couldn't be calculated, since the reports from the experts have not arrived.

"We are of the firm view that the PFI and its leaders are wholly and directly responsible for the injuries inflicted on the members of our citizenry by their supporters, as also for the damage/destruction caused to public/private property by the said persons," said the Bench.